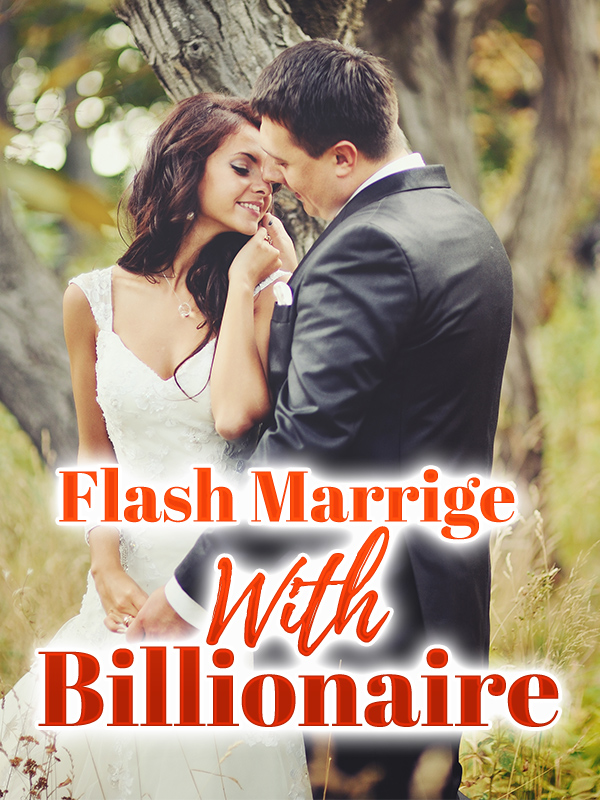 The day before they got married, she saw with her own eyes that her boyfriend messed with his sister-in-law in the office. When her heart was broken, a calm man appeared beside her. Get married to me. In this way, the two shameless men and women will call you sister-in-law every day? What do you think?"Just like that, they registered their marriage. However, who would have thought that her husband, who was originally sitting in a wheelchair, was not only incompetent but also wanted her every day..."

Chapter 1 Even an Idiot Would Have Understood by Now

"Ah! Ah! No, August!" A woman's lewd moans came from inside a room.

Their words were like slaps raining down on Melina Santana. After all, that was the voice of her boyfriend, August Delacruz!

Melina's trembling hand froze mid-air, too afraid to open the door before her.

"I love you too, August. B-But, what should we do about your brother? I'm still his fiancee. He's returning tomorrow. Once he knows about us, he'll kill me for sure!"

"No, he won't! He's still my big brother no matter what. Besides, you're pregnant with my child. Don't you know how much my mother yearns for a grandchild? If she knows that you're pregnant, she'll definitely help us persuade him."

"Then what about your secretary, Melina? Haven't the two of you been engaged since childhood? What do we do about her?"

"That fool definitely won't be a problem. After all, if it weren't for her father donating his corneas to me, she would have been kicked out of Sphereforce ages ago. Babe, you're the only one I love."

Tears escaped her eyes as Melina bit down on her lip to suppress her cries.

She had pined after August ever since secondary school, liking him for nine whole years! Nine!

She could still remember everything about him, including everything he'd ever said, his hobbies, the way he dressed, his habits—Everything!

But what did he call her just now? A fool? That's right. She was a fool. An utter fool!

Tears kept falling, but Melina wore a bitter smile on her face, her heart aching so much she couldn't breathe!

"August Delacruz!" Melina roared furiously, no longer able to hold back her cries. "You b*stard! How could you do this to me?"

The noises in the room immediately ceased, and the rustling of clothes followed right behind.

After a while, August emerged from the room calmly. He cleared his throat when he saw Melina's tear-streaked face. "Melina, since you've found out, I guess I don't have to waste time telling you about it again. All this time, I've only loved Lola, and I only see you as a sister. So, if there's anything you want as compensation, feel free to—"

"I only have one question to ask!" Droplets rolled down Melina's face as she stared at the man she had loved for nine years, still holding on to the last glimmer of hope.

"Have you ever loved me in all these nine years?" Melina stared at August, her hands clenched into fists.

Her question met with suffocating silence.

"Y-You've never loved me?" Melina's eyes were full of despair.

A loud slap rang out as Melina flung her hand across his face, tears gushing out of her eyes once more.

"August Delacruz! I've liked you for nine years! Nine whole years! If you had just told me this before, I wouldn't have waited for you like an idiot. If you never liked me, why didn't you just tell me earlier? Why?" Melina screamed as she grabbed onto his collar.

This man had been her everything for the past nine years, including her happiness and hope. But it wasn't until today that she discovered she was nothing to him.

However, the worst thing about this was that she was still secretly hoping he was lying to her, even now.

"August, you're lying to me, aren't you? The two of you are just trying to test my feelings for you, right?" Melina felt as though the world had vanished from underneath her feet.

"Sweetheart, August already said that he doesn't love you. There are countless men out there, so why don't you just let him go?" Lola Green was wearing one of August's shirts, her fair legs exposed, as she threw Melina a smug grin.

Lola's words hit a sore spot, and Melina instantly exploded. Grabbing Lola by the arm, Melina shouted, "It's you! You were the one who seduced him, weren't you?"

"August, it hurts!" Lola looked at August with a pitiful pout.

"Melina, release her! Lola is pregnant!" Without any hesitation, August roughly shoved Melina aside.

Staggering backwards, Melina lost her balance and fell, the back of her head hitting the edge of the coffee table with a thud.

As sharp pain shot through her scalp, Meline reached up and felt around the back of her head, coming in contact with something wet. She pulled her hand back and saw it covered in blood!

"Melina, are you alright?" August hadn't expected things to turn out this way. He ran to her side and grabbed her arm, trying to pull her up.

"Release her!" An icy voice came from the door.

August immediately stiffened upon hearing the familiar voice. And so did Lola, her eyes turning towards the person in disbelief.

It was her fiance, Grayson Delacruz! He had returned early!

Melina also turned around to look at him dumbly. Somehow, a man clad in military uniform who sat in a wheelchair had suddenly appeared in the room.

His hair was kept short and tidy, his eyes bright and sharp under his busy eyebrows. With a stony face, he surveyed the sight before him.

"G-Grayson? What are you doing here?" August's face twitched as he squirmed uncomfortably in his place.

Grayson spared his brother an icy look before glancing at Lola, his eyes finally landing on Melina.

"Help her up and send her to the hospital!" Grayson ordered the private behind him, Jarrett.

"Yes, captain!" Jarrett immediately walked over to Melina and stretched out a hand to help her out.

Melina stood up wobbly. She looked at August, her throat tightening. Her head was pounding as blood escaped from the wound, but she had never felt more awake.

The man she loved so dearly had shoved her out for another woman!

What else could she say?

"I can walk on my own, thank you very much." Melina pushed Jarrett hand away and left numbly without sparing August another glance.

Jarrett wheeled Grayson out after Melina, leaving August and Lola alone in the empty office.

Soon, the lift arrived, and Melina walked in emotionlessly. She propped her weak body up against the lift wall as support, staring mindlessly ahead.

Jarrett had just wheeled his captain into the lift as well as the doors began to close. Grayson's face was stoic as he stole a quick glance at Melina.

A moment later, they had arrived on the ground floor. Melina looked up and walked out like a zombie, followed by Grayson and Jarrett.

Jarrett pushed Grayson towards an SUV waiting at the lobby entrance.

Melina walked towards the door and past the Land Rover. Suddenly, Jarrett stopped her. "You're hurt! Let us send you to the hospital."

Melina tried putting on a natural smile, but it came out looking terrible. "Thank you, but I'm fine. I won't die from this." She turned around to leave when someone suddenly grabbed her arm. She turned her head to see that it was Grayson!

"I'm fine..." She wasn't close to him, but she had still seen him in the Delacruz family home a couple of times, enough to know that he was August's older brother.

"Get in the car!" Grayson ordered coldly.