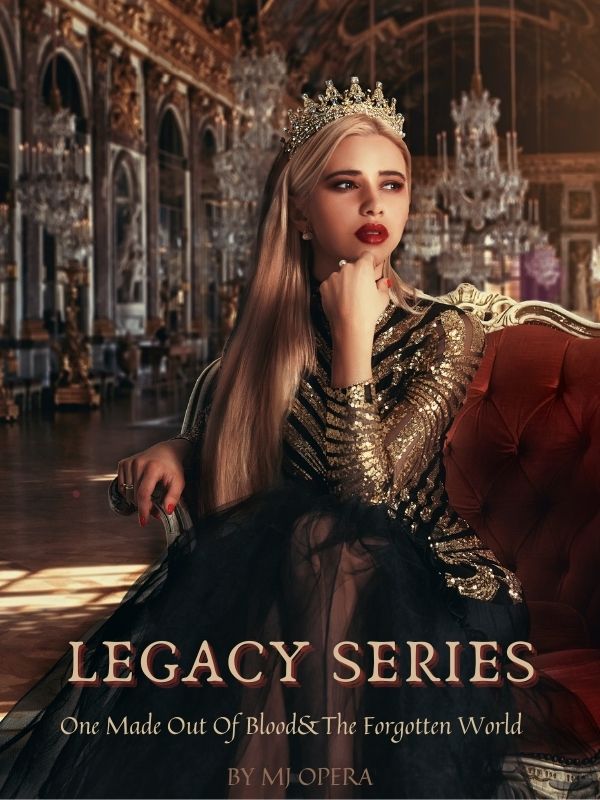 My name is Themis and this is my story. My name is Gwenn and I am a queen to an empire, an empire which is unnatural. I became one of them to help my former empire defeat our enemy only for me to realize that I am not just one of them, I became more. Prophesies foretold my coming, I am the reincarnate of a queen who was almost a goddess. If only that was all, then I would be at ease but with great power comes great responsibility. I have to battle the taint. He was awakened the same time the former queen was awakened in me. This time he doesn't want to fail and he is willing to go to the extreme. Last time he made my husband kill me. This time... Heaven have mercy on us all.

Trisha knew that she was going to die that day. She just didn’t know that it would be her husband, her king who would be the one to do it.

“Yama.” Trisha said with tears in her eyes as she was unable to move on her husband sword which was sticking out of her stomach.

“You might be my Alal and an almost goddess but it doesn’t change the fact that you are still my subject.” Trisha husband and the current King growled out as he twisted the sword in her stomach.

“It was the right thing to do.” Trisha said as blood bubbled out of her mouth.

“Right or wrong, it doesn’t change the fact that you are trying to bury Magic. Yes it corrupts but it is beautiful too.” The king yelled in the face of his queen, his eyes red but not from tears but from too much magic.

When it is too much in some one and the person keeps taking more than he can in his capacity, it corrupts the person and rules him from the inside out.

“It is too late. It is done. Before my last breathe, it would be gone and it will fade from the memories of our people.” Trisha said as the king eyes widened, he tried to yank out the sword but she held it with her hands. The sword tears her palms but the pain was small compare to the one she was feeling.

“I cannot, our next ten generations will not see magic, it would turn into Myth. I Curse that we will continue to protect ourselves with Magic, the ones that would leave us lifeless but will not be used for anything else. I curse that you and every of our male descendants who seats on this throne after you will died of a sword through the stomach unless he loves truly and is unable to hurt his queen. I curse that the position will be a burden and one full of thorns of family who will try to betray the ruler. Until the foreigner arrives.” Trisha coughs out, the king was frozen, watching his wife and his beloved curse something which they had built with their hands and their linage too. She was an Apsarus before he stole her heart and she turned out to be the most powerful being to ever exist.

“So shall it be.” Trisha stated as she yanked the sword out of her stomach and put into through her heart, to end her life.

“Trisha. Please.” The king sobbed as he went on his knees besides the body of his fallen queen whose eyes closed in death even before she hit the floor.

She was going to die, yes but she didn’t have to use her life blood to curse their kingdom.

This was the king’s fault, he knew that.

“Father, you killed mother.” Their first son cried as he ran into the room with the queen’s pet Mngwa, Rahiti right behind him. When the Mngwa saw it’s mistress on the ground broken, she let out a painful Yowl as she crawled to her mistress then licked her mistress face, while making whimpering noises.

“That should never leave this room.” The king ordered his son who looked at him with hatred in his eyes. When the king told the son what the mother curse had been. The Prince turned and walked away.

When a month later and the curse started to take place, people started to have withdrawal symptoms from magic, the prince killed his father while he father was aslept one night. On his parents matrimonial bed with a sword driven into his father stomach.

By the time the Prince had a son who was his age when his mother was killed by his father, Magic was extinct and a distant memory.