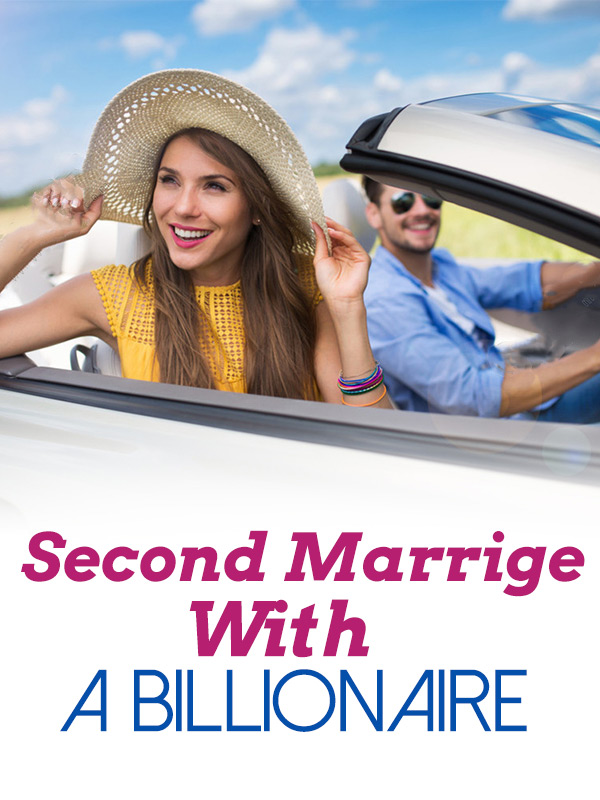 Second Marriage With A Billionaire

Framed by my husband, I was forced to leave the house clean. My mother was seriously ill, but my father drove her out. The high medical cost makes me despair,so I went to my father's wedding to ask for help, but I only got humiliation. I was devastated, and a powerful man who took me away.After marriage, his eyes and eyes were affectionate, and his words had no feelings: "I can give you everything you want, except love." I smiled, "OK, I understand."

My name is Selena Barton. It was my birthday today.

It's just that now, I was incredibly nervous.

I had been married to Bridger Navarro for half a year. We only held hands on our wedding day, but since then, he had never touched me. It was unbelievable to say the least.

And yet, just an hour ago tonight, Bridger came to my bedroom and took my hand, saying that he would bring me to a nice place.

After getting into his car, he used a black blindfold to cover my eyes. "Why do I need to be blindfolded, Bridger?" I asked nervously.

"Mm?" Bridger caressed my cheek with his finger, then smiled lightly as he said in my ear, "It's your birthday today. I wanted to give you a surprise."

And thus, I followed Bridger to this so-called nice place.

I was led into a room where I sat on a bed. After Bridger ordered me not to move, there was nothing else to be heard.

A moment later, someone came in. There was a soft sound like leather shoes scraping against the carpet, and if I wasn't mistaken, there was also the sound of a disdainful laugh.

Sitting uneasily on the bed, I didn't even have time to think. It felt like I was a sacrifice, and what awaited me was...

"Agh!" My body was pressed down on the soft bed with a thud.

"Bridger?" I called out my husband's name, unable to suppress the fear in my heart.

Whatever happened next, I was absolutely unprepared for.

The man's warm breath, along with the faint scent of his shaving cream, lingered on my nose. I was unable to resist my frantic heartbeats.

This was the first time I've done this. My very first. It hurt.

After some time, the man got up from my body and entered the bathroom. The sound of running water could be heard.

Just as I was still immersed in the feeling of being a woman for the first time, the bathroom door opened with a creak.

I drew back, feeling slight trepidation as I clutched at the sheets. I was unable to see my surroundings, but I could sense the man approaching me with each step.

"May I remove my blindfolds now, Bridger?" I asked softly.

"What did you just call me?" His voice was cold, like a drizzle of rain on concrete, like the heavy patter of pebbles on glass. It was mesmerising.

But this voice was not Bridger's.

I reached for my blindfolds, but he grabbed my hands before I could. "You've reminded me that you called out the name of another man in bed just now."

"Who are you?" This wasn't Bridger.

Then who was this man who pressed his body against mine, and nearly tore my legs in half?

I took a deep breath, suppressing my emotions. Then I said firmly, "Let go."

The man clicked his tongue. He spoke in a flirtatious tone, saying, "You are the first one to call out another man's name in my bed, you know."

I gripped the sheets hard.

Immediately after, my blindfolds were yanked down.

Having been blindfolded for a long time, it took me a while for my eyes to adapt to the light.

It was only when the man before me snorted that I reacted.

The dim yellow lights in the room fell softly on his face.

He was so close to me. He exuded a chilling aura that was as cold as AC in the summer, and I was standing right in front of it.

Because he had just showered, a faint rose fragrance lingered on him. There might even be a mix of mint. Being stared at by his cold eyes has made me lose my ability to discern between scents.

I had been doggedly protecting my precious virginity for 23 whole years. And now, I had lost it.

Did this count as cheating?

I gritted my teeth, holding back a sudden wave of bitterness. "Who are you? Why am I here? Where is my husband?" I adamantly asked the man who had robbed me of my virginity.

He sneered. If it hadn't been for what happened, I would most certainly have been enchanted by this smile.

I had seen all sorts of people in my life. But this man before me was dazzling, like a sea of stars. I was unable to look away.

"Say something," I said, raising my volume. "Where is my husband?"

As soon as I had finished talking, the man forced his weight on me. He wore nothing but a towel wrapped loosely around his waist.

I had always thought that the man who had sex with me was Bridger. Because of this, I was butt naked.

There was no warning. He pressed himself on my body and used his hand to pinch my chin.

With the pain in my body and the shame combined, tears sprung from my eyes.

"You..." The two words "freaking a*shole" stuck in my throat. The man seemed livid and bit my lips in a crude manner.

The taste of mint infiltrated my mouth. I was the type to be embarrassed even to hold hands with a man. Even in marriage, I did not engage in what couples did. And now...

My hands clawed at his broad back, attempting to push him away.

"Since you've been sold even while married, you may as well be sold with more sincerity." The man peered down and bit my lower lip, his voice low.