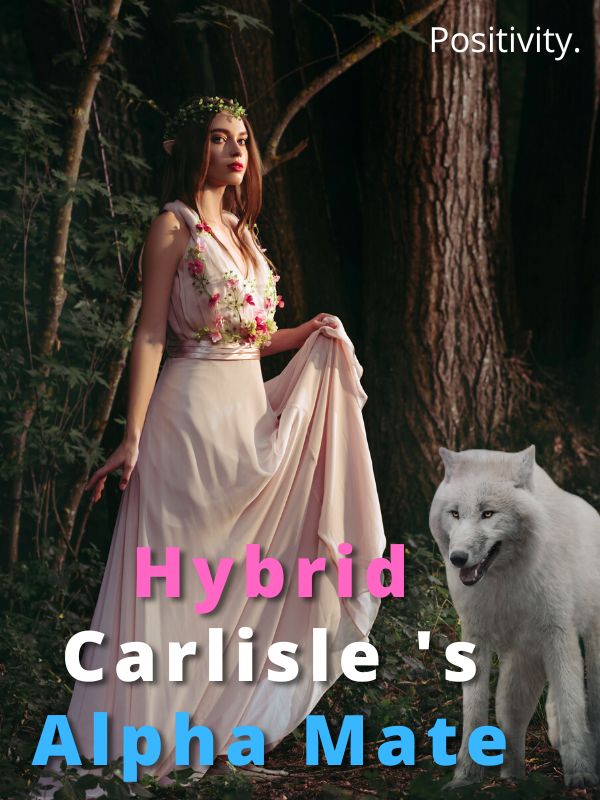 It is a world where werewolves, fae's, and other supernatural exist in the same world. Carlisle finds herself in a dilemma. Being born as an outcast, she is kicked out by her brothers from the fae palace after the sudden death of the King of faes. She has been thrown into the forest of Darkness. Fate brings her to a cursed Alpha Damon, who believes Carlisle is his fated mate and the only person that can help revoke the curse placed on his head. Journey with Carlisle and Damon as they discover the truth behind the scene that she is a hybrid, half-fae, and half-vampire. What will happen to the hybrid Carlisle when she is fated to be the cursed alpha's soul mate?

On planet Pesto, there were five huge kingdoms which lived together in peace while the vampires ruled upon them all, until the goblins got greedy and decided that they didn't want the Vampires to rule upon them anymore. Instead, the goblins wanted to take leadership of all five kingdoms. The Vampires became furious and disagreed with the goblins.

The kingdom of the fae's, known as the birthroot of magic.

The kingdom of the Vampires, known as the most powerful kingdom and the most ruthless.

The kingdom of the goblins, known as the most disgusting creatures and also the most cunny cannibals.

And finally the kingdom of animals, known as the jungle with the lion as their king.

These five kingdoms all lived separately, divided by a fold casted by the Grand Master of the fae's

My voice was hoarse from begging my brothers to believe me, Carlos and Mikael had refused to believe that I didn’t kill my father, the King of the Elfs, one of the most powerful kingdoms. I couldn’t understand how they believed I could be capable of killing my father, a man who loved me more than anyone. I was not even accorded the right to pay my father my last respects before I was dragged out from the palace by the same guards that had once served as my protectors.

I was the princess and yet I was being treated no better than a common maid, it was no surprise, I currently looked like one. My Stepmother the queen had asked that I be stripped off my expensive garments and put into clothes for the maids, as if mocking me. She had always hated me so this did not come as a surprise; but how could she not allow me to mourn my father?

My father had succumbed to death’s cold hands not even a day ago and my brothers and step mother, the queen, had immediately started pointing fingers at me.

The guards were told to show me no mercy and they had taken the orders they got from Carlos seriously. I had first felt a slap to my face as my now former guard, Jared, spat in my face, “You bitch, how could you kill your own father?”

I tried pleading with them, “I swear to you, I didn’t kill him.” I grabbed the hands of the guard that I had known all my life, begging him to let me go, however, he didn't.

A smirk made its way to his face as his leg came in contact with my abdomen. I fell to the ground on my face, feeling my ankles twisting as another blow to my leg hit and a kick on my stomach followed.

I wanted to scream out in agony but I bit my tongue because all that would get me would only be more beatings. These people had no mercy for me and I had to survive one way or the other, if my father had been alive, none of this would be happening.

The next blow hit before I could process my thoughts, this time, it hit me clean in my eyes and I could feel myself blacking out from dizziness, the pain in my legs from twisting my ankle was screaming at me, the men that my brothers had sent to do their dirty work had no other plans but to either kill me or beat me to a pulp and leave me for dead.

I swallowed tears as I remembered the last conversation I had with my father, we had been talking about him finally taking me on a trip to places he had shown me on the maps in his library. He wasn’t even sick, he’d just slept and been declared dead. I suspected that my brothers and their mother had a hand in his death to assure that Carlos, my older brother would ascend the throne and they’d always seen me as a threat so they pinned the death on me. If they truly believed I had a hand in our father’s death, I would have been hung at the gallows.

No, this was definitely a plot to get rid of me. I snapped back to focus when I saw the guards stretching their hands towards me again and I cowered, using my hands to shield myself, Jared sneered and barked orders at the guards.

“Pick her up, we have to get her to the forest of darkness before Sunset” I felt my heart jump in fear before the dizziness finally pulled me under and I couldn’t keep my eyes open anymore.

The first thing I noticed when I woke up was the pain in my ankles, I’d definitely broken my ankles. It was also very cold and eerily quiet everywhere but in my head, there was a festival going on there, I just needed to get up and find my way back to safety but first, I had to figure out where I was.

Forcing myself to open my eyes, I surveyed my surroundings, it looked really dark and the trees seemed menacing. “Where am I?” I wondered out loud, my head felt fuzzy, wherever I was, it had an aura of evil in it, it was so cold and it felt like the trees were trying to speak to me, it wasn’t a friendly conversation. “What do you want from me?”

My question was met with silence? “Of course.” I whispered to myself, I was talking to trees, what was I thinking? A few hours outside the comfort of my father’s palace and I had already lost it? “Father, my father is dead, I have lost the only person that cared for me” I swallowed a sob and bit my lips, my father didn’t raise a cry baby, I have to figure out where I am and get myself to safety, I could go to the neighboring towns with kind people, surely I would find help there.

Using my fae powers, which I had inherited from the elf blood that I had from being the daughter of the King of the Elves, I tried to summon my magic and make light to see my surroundings “Los, lumos” I waited for the magic to do its work and brighten my surroundings but nothing, I felt nothing but cold enfold me.

“In the dark forest, even the ones with power become weak, only fate can bring you out of a forest so dark, even the trees shiver” I heard the voice of my father in my head disrupting my thoughts. He had once told me this story years ago as a nighttime’s tale when it had rained heavily for days in our kingdom and the seers had claimed it was a sign of doom. It just dawned on me, I had been thrown into the dark Forest.

“Dear mother of the moon.” I whispered to myself before I let myself succumb to the silence