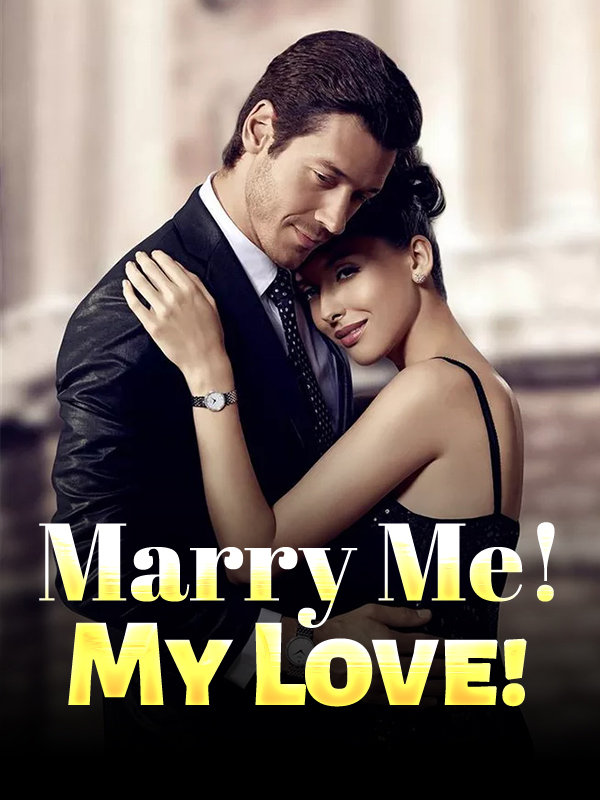 Marry Me! My Love!

She knew that it was just a deal between them, but she couldn't help falling in love with this man.When the man's fiancee had an accident, the blood type was special, and she happened to be a special person...She covered her belly and whispered, "I'm pregnant. If I have an operation, the child will be gone."", Charlotte, have you thought it over?" The man did not care about the child at all. He was ruthless and cold. "Either you do this surgery today or go to the prison to see your brother tomorrow.""Okay, I'll do it."An operation for eternal freedom. She smiled happily. After that, she shuttled back and forth among many men.But..."I regret it." The man loosened his tie and approached her step by step. "You'd better stay with me forever."

Chapter 1 Did Your Benefactor Dump You?

Today was the day that they had finally completed the shooting for her latest work, and the production crew had made a reservation at a famous, high-class restaurant to celebrate it.

As the female lead of the drama, Charlotte Simpson was naturally invited to the party as well.

After a few drinks, Charlotte began to feel a little light-headed. So, she found a quiet corner and sat down on a chair. "Vicente has been away on a business trip for almost a month. He's supposed to return today, right?" She pondered as she reached into her bag to look for her phone.

However, just as she had fished out her phone, a dark shadow loomed over her. Then, a man sat down next to her.

It was Mr. Mack, the director that she had worked with for the drama.

"Charlotte, your acting was extremely outstanding during our shooting." Owing to his active lifestyle, Mr. Mack had a fit and dashing appearance although he was already in his forties. However, his eyes held a strange gleam as he inched closer towards Charlotte and complimented her.

"Thank you for your kind words, Mr. Mack." Charlotte smiled perfunctorily whilst she tried to move away from him stealthily.

However, Mr. Mack seemed set on closing the distance between them as he whispered next to her ear, "I'll be working on a movie in a few months' time, and I'd like to have you appear in it as the heroine. What do you think about that?"

She was repulsed by the unpleasant smell of alcohol and sweat coming from his body. She pulled away slightly and said, "Mr. Mack, I'm really thankful for that kind offer. But I have just started out as an actress after graduating from acting school. Surely I'm not experienced enough to star in a movie so soon."

At the same time, her gaze drifted around the room.

Even though those people around them seemed like they were engaged in their own conversations, they were nonetheless sneaking glances at her and Mr. Mack from time to time. Their eyes flashed with contempt and disdain.

"It's only natural that they're looking at me that way. I wasn't that much of a brilliant student during my time in acting school. Yet, my very first work was to play the leading role in a drama with a staggering production cost of eighty million dollars. Anyone in their right mind would come to the conclusion that I have a sugar daddy, who's given me this grand opportunity," she thought.

"You're being overly humble. I think that your acting skills are amazing." Mr. Mack brushed his fingers against her arm briefly, and then he asked in a low voice, "I see that you've been arriving at the filming site in your company car recently. Did your benefactor dump you?"

She had hoped with all her heart that the man would one day shove a blank cheque in her face and declare that he doesn't need her any more.

Sadly, her wish had yet to come true no matter how hard she had prayed for it to happen all this time.

Mr. Mack thought that his guess was right when Charlotte did not respond to that question, and he became even more sure of himself. "Charlotte, I'm truly an admirer of your acting performance, and I'm very attracted to you. If you'll just let me have you to myself for a week, not only will I make you the female lead in my next movie, I will also introduce you to Vicente Matthews!"

"Vicente Matthews?" Charlotte finally broke her silence. Her fine brows rose as she appeared rather curious about that name.

"That's right. I'm talking about the boss of Vinemedia. He's my friend!" Mr. Mack had assumed that a naive girl like Charlotte, who had just graduated from acting school, was just lucky enough to have found herself a rich man to sponsor her. There was absolutely no way that she would have made an acquaintance with a big shot like Vicente Matthews.

So, he went on bragging, "One of the major investors for that movie that I'll be working on is Nimbletainment, which is a subsidiary of Vinemedia. Also, Vicente often invites me to dinner, and I've offered him quite a number of ladies, whom he's played around with.

"If you're willing to accept my offer, I will bring you along the next time I see him. You'd be hitting the jackpot if you do manage to catch his fancy. Who knows, maybe I will have to ask you for favours in the future!"

When Charlotte took out her phone, Mr. Mack caught a glimpse of the name "Vicente Matthews" on the screen.

While he was frozen to the spot, Charlotte had already finished talking on the phone. She stood up briskly with her bag in her hand, then she flashed a smile at Mr. Mack. "I'm sorry, Mr. Mack. Something came up and I have to go now."

Mr. Mack watched as Charlotte walk out of the room. His thoughts were still stuck on what he had seen earlier.

When they had started filming this drama, Mr. Mack had an inkling that Charlotte was backed by a benefactor after looking at her personal information that was provided to him. However, he had always seen Charlotte show up at work in her company car instead of some posh, expensive car all along.

That was why he had brazenly tried to tempt Charlotte just now. Charlotte was so beautiful that he could hardly resist his lustful urge. However, that phone call that Charlotte had picked up just a while ago had almost scared him out of his wits.

"That Vicente Matthews isn't the one that appears in business and financial news, right?" He asked himself inwardly.

Charlotte had not a single care about what was going through Mr. Mack's head. After she was sent back in her company car to an upscale, private residential area, she took the elevator to her floor and opened the apartment's door with her access card. It was pitch-dark inside the apartment.

Charlotte hurriedly changed into her indoor slippers. She then dashed into the kitchen and took out some fresh ingredients from the refrigerator. After adding some water into a pot and leaving it to boil, she started cutting the vegetables right away, doing everything in a fast and orderly manner.

Just then, someone hugged Charlotte tightly from behind her.