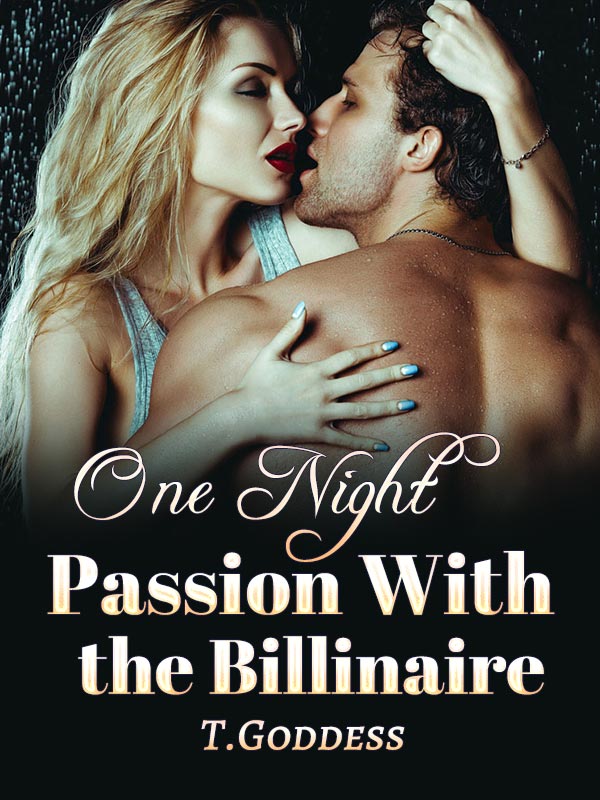 One Night Passion With the Billinaire

At the age of 20, Cindy suddenly knew that she had brain cancer. What she wanted was to indulge herself before she died. Someday she accidentally had a one-night stand with a billionaire CEO, Nicholas. From then on, they were entangled, and Cindy's life began to completely reverse...

Chapter 1 A Night of Surprises

Late night. At the presidential suite of a hotel.

She didn't expect the alcohol to be so strong.

"I'll ask you again. Where did this jade pendant come from?" A man stood by the bed and looked down at her.

Rosie opened her eyes slightly and looked at the man in front of her. She wasn't sure if it was the effect of alcohol, but this man looked just too handsome.

He had sharp facial features, mysterious eyes, and a cold face that seemed like someone who abstained himself from sex. She had never seen such a handsome man in her life!

Rosie thought that since she was going to die soon, she might as well experience sex before she was dead. That way, she would not have lived in vain these 20 years.

She sat up, hugged the man's hips, and smiled faintly at him. "You want to know where my pendant came from? Then, you should be a gentleman first..."

The man's face showed obvious impatience. He frowned and pushed her away.

However, Rosie grabbed his tie and pulled it hard. they both fell onto the bed together.

Rosie wrapped her arms around his neck, kissing his cool lips.

Feeling frustrated with her own fate, she kissed the man in an inexperienced but passionate manner...

The night passed by.

When she woke up the next day, Rosie felt sore all over and dizzy.

She sat up and looked around. There were disposable slippers and a big, white double bed. She was definitely in a hotel.

She lifted the blanket and glanced at herself. She was totally naked...

Rosie covered her face and sighed deeply. "Oh, God was really 'kind' to me," she thought.

Half a month ago, Rosie was diagnosed with advanced stage brain cancer. She only had one month left to live. She came all the way to San Francisco, to look for the biological parents she had never met.

She wanted to meet them before she died. However, it had been quite a few days, and yet, she had not found them.

Last night, she was in a terrible mood. So she walked into a bar to drink, but an indecent man got her drunk.

As the guy was just too ugly, she stumbled into the arms of another man, who looked cold as an ice. Then, he took her to the hotel...

As for what happened next, Rosie had completely forgotten.

So, what did that man look like? And what did sex feel like? Did they really...do it?

Rosie sighed gloomily. Suddenly, she glanced over and saw her shoulder bag. How could she forget about it?

She had been carrying a micro camera with her all the time. It was fixed on the strap of her bag. She wanted to record the process of finding her parents, and also prevent any accidents during this period.

After all, the search for her parents was risky. She had always been very vigilant and having a backup plan for everything.

The camera was connected to an app on her mobile phone. If she turned on the app now, she could know what the man looked like.

But Rosie shook her head. Forget it. She won't look at it. If he was ugly, it would only make her feel worse...

Rosie walked into the bathroom and wanted to take a shower before leaving.

Standing in front of the bathroom mirror, her eyes widened as she stared at herself.

The jade pendant on her neck was gone!

She panicked and immediately rushed back into the bedroom. Then she searched the bed up and down.

But she just couldn't find it.

Rosie was panic-stricken. That pendant was the only thing her biological parents had left her. She could not lose it!

Just then, her phone pinged. It was a text message.

"The jade pendant is with me. If you want it back, come to Pixelimited."