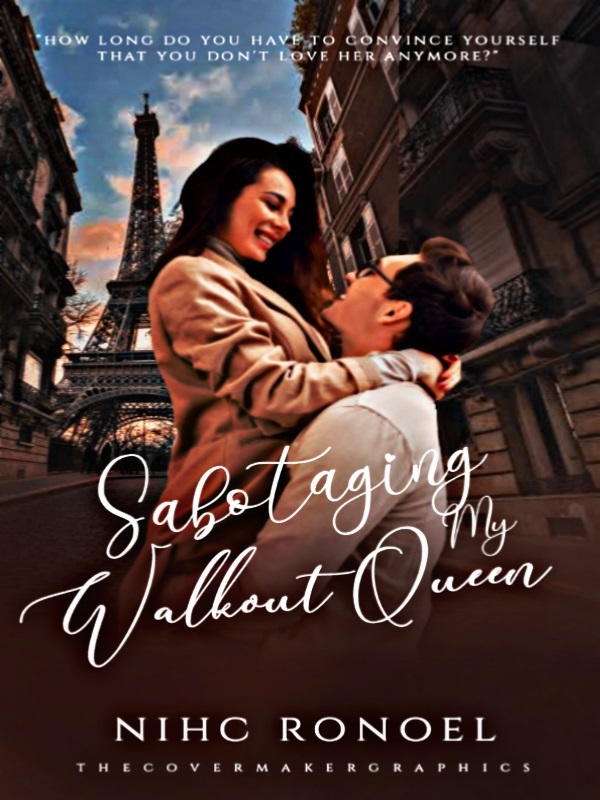 How long do you have to convince yourself that you don’t love her anymore?” David believed that he already found the love of his life at a very young age, but the girl broke their relationship and walked away without even telling him the reason why. A second chance knocked as three years later, they met again, and David was really determined to continue what they left behind. They reconciled, but their love story gets tougher this time! They never talked about what happened and just let destiny tear them apart, making them completely devastated. What really happened the second time? Would fate make a way for them to reunite again, or would David just continue to believe that he was intentionally hurt by the same woman twice, leaving him with no other option but to hate her for the succeeding days of his life?

We just had to spend one more year here at St. Augustine’s Academy and we would step into college. But before college could happen, I had to get the highest title first—I had to be the class valedictorian.

My class adviser said that it would never be hard for me to get the top rank since based on my grades from the first year to the third year, I was still the number one candidate for the valedictorian award.

It was just so fulfilling because if that happened, I would have a full-scholarship grant in college and my elder sister, Diane, would no longer dance in the club just to pay for my tuition fees. Our father passed away when I was only seven and our mother became sick since then, resulting in my sister to become the breadwinner of the family.

I dismissed my thoughts when I got to the classroom. I immediately sat right beside my girlfriend, Vanessa, and playfully tickled her waist. She was beautiful and sexy, and she was one of my inspirations aside from my family. I always went to school early because of her.

Who would have ever thought that the famous cheerleader of St. Augustine’s Academy will become my girlfriend? Of course, I’m handsome! We are indeed a perfect match!

I wondered why she didn’t mind me in the first place and just continued reading her book. When I looked at the cover, my eyebrows immediately creased into a furrow.

What the heck? Sixty Shades of Grey!

“Hey, Dave! What are you doing? Can’t you see that I’m busy reading it? Mind your own business, please!” She seemed to be surprised when I suddenly confiscated her book.

“Seriously, Vanessa? Why do you have to read this kind of stuff? You know that this is forbidden here so you are clearly violating our school rules. How about your assignments? Are you already done with them?” I threw her a series of questions.

“Give it back to me!” she yelled at me. Instead of responding to my questions, she only forced herself to reach the book which I kept on raising using my right hand. “Geez, it’s so hard to have such a smart-ass boyfriend.” I even heard her murmurs, still not surrendering.

I then towered over her. She was taller compared to other sixteen-year-old teenagers at five feet and five inches, but she couldn’t get the book from me because I was still taller than her. At sixteen, I already stood tall at five feet and eight inches.

We were soon interrupted when Mrs. Cheng went inside the classroom. I immediately placed the book inside my backpack while Vanessa was still freaking mad at me. If stares could kill, I would have died already.

“So this is the second day of your class and of course, your final year in high school. At this stage, I would like to congratulate all of you for making this far, most especially, those who are running for honors.” She was all-out smiling.

I proudly smiled. We were forty students in section one. Almost half of the class was currently running for honors, but of course, I was the only one who ran for the valedictorian title.

“Can you please stop yourself from grinning? I find it annoying, duh!” Vanessa rolled her eyes while looking at me.

I only gave her a teasing smile with a matching wink. She was indeed pretty, and I loved teasing her that way. We had been together for one year.

“But in the meantime, I would like to introduce to you your new classmate…” Mrs. Cheng glanced at the open door and motioned someone out there to enter the room. I didn’t know why but I suddenly became nervous.

Wearing her red knapsack on both shoulders, a newcomer slowly stepped inside our classroom… but she seemed hesitant if she was really going to move forward.

“She is Miss Helena Delgado, from St. James Catholic School. It’s obvious that she was a transferee here so be kind to her, okay? Hija, would you like to say something about yourself? Maybe a little introduction would help your classmates get to know you.”

I narrowed my eyes. I must admit that the transferee was quite beautiful, but my girlfriend was still a lot better! Vanessa was even sexier than her. With Helena’s eyeglasses, she looked like a smart teenager. But I knew for sure that she couldn’t beat me. I would never let her beat me!

That was when my lips curved into a proud smirk.

Focus, Dave! When did it happen that a transferee became the class valedictorian? my subconscious asked.

Yeah, I haven’t heard of such a thing. It’s quite impossible to happen!

She cleared her throat. “H-Hi, everyone. I’m H-Helena Mari Delgado, fifteen years old, and I came from St. James Catholic School. I’m a *bookworm and I love to spend time with my family.” The transferee gave a little introduction about herself.

“Okay! Thanks, Miss Delgado. You can sit at the back of Mr. Rivera.” Our adviser pointed the empty chair at my back and Helena quietly took her seat there.

In fairness to her, she doesn’t look like a bookworm at all. If her eyeglasses would be removed, she would look more of a **couch potato. I smiled at my thoughts but little did I know that my smile wouldn’t last long after hearing Mrs. Cheng’s next words.

“And by the way, class… Miss Delgado was a consistent top one student from the first year to the third year. So I think, you have already found your competitor in getting the valedictorian title, David.”

Mrs. Cheng was sincerely smiling at me but I found it a little bit awkward. Her smile was saying that I should study harder than usual.

I didn’t know why, but I suddenly became timid and bowed my head. I felt being upset. I was not like this every time Mrs. Cheng would talk to me.

Am I intimidated to find out that my one hundred percent probability of being the class valedictorian will become fifty percent now? I don’t usually get annoyed with women, but why does she have to transfer here?

“Enjoy this moment, boyfie. I guess, someone will beat you now!” I heard Vanessa said. Out of the corner of my eyes, I could see her tongue wobbled on her cheeks. She was clearly mocking me.

I just ignored her and out of nowhere, I found myself glancing at Helena who was sitting at my back. To my surprise, our eyes met. It was not that long since I immediately looked away.

But from the moment we stared at each other, I didn’t know why my heart leaped for a second. I got abruptly confused. There was something in her that I could not explain. Maybe, I just found her green eyes… beautiful.

Wait, beautiful? Hell, no way! I was supposed to say—I think her eyes were fake. Maybe, she was only using green contact lenses. But what is the use of her eyeglasses, then? Props only? Tsk, why am I even thinking about it? I shook my head.

Our class started but hours went too fast until we heard the school bell rang. That signifies break time—the favorite subject of most students. But not for me, it was my least favorite. Not born with a silver spoon in my mouth, I just wanted to study in order to be successful someday.

I was going to invite Vanessa for us to have some lunch together. However, I had not yet opened my mouth to do that when she immediately rushed through the door, since they would still be having a cheer dance practice. Like the old times, I had no other choice but to eat alone.

But before I was left alone, I saw Helena just exiting out of the room. I immediately fixed my belongings, grabbed the knapsack on my right shoulder, and hurried out of the room to chase her. I did not expect her to walk so fast that I also increased my steps to be in line with her pace.

Wait! Why would you even follow her, Dave? Isn’t that you’re mad at her? my subconscious asked me.

But I didn’t listen to it.

Bookworm* is a person who likes to read books and who spends a lot of time reading and studying.

Couch Potato** is someone who spends a lot of time sitting and watching television.