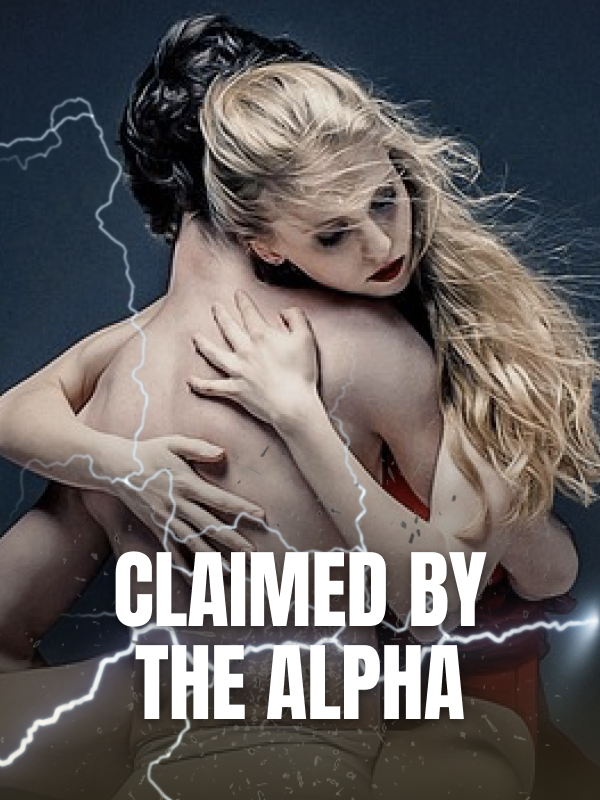 Claimed by the Alpha

Rea is a half-human, half-werewolf. She didn't know it when she entered the territory of a hostile wolf pack. She tries everything to become recognised by the pack.

“You said yes?!” Babet screamed at her daughter Ashkia. “You cannot lead that poor boy on.”

“Do not talk back to your mother.” Alphonse, who normally kept to himself, did not hesitate to be voluble when it came to defending his mate. That is what Ashkia admired about her parents; they had undying, unconditional, everlasting, and completely biased love for each other. How could she explain to them, a match fated, destined, promised from the moon goddess herself, that she, a werewolf, felt the same way about her mate? Not for her. Her mate was an abomination. Her mate, she chose herself. Yes, Ashkia did have a fated mate, chosen just for her by the Moon Goddess somewhere out there, but the idea of that just upset her. How dare some goddess, who never even spoke to Ashkia, who Ashkia had never even seen, never even talked to, never even prayed to, get to decide who she spends the entirety of her life with. Ashkia was a strong-willed werewoman. She would be darned if she let one of the biggest aspects of her life be decided by anyone or any god that was not her own.

“I love him,” she insisted to her parents. Asha knew that her words were wasted on them. It did not matter what she had to say. Choosing a mate outside of the fated bond was just not done. It was unheard of, and it had never been done before. She was going to stand her ground with as few words as possible. No point beating a dead carcass, as werewolves say.

“He’s human,” Babet spat out, as though the very thought of the creature would kill a werewolf. “He will be the death of you. You may think that you love him, but he is not your fated mate. There will be a void left in your soul that he can never fill. Over time it will slowly devour you. The mate bond can only be towards another werewolf. Even if you never accept your mate, even if you never meet your mate, your wolf will never accept your human toy.”

“Listen to your mother. Your wolf will mourn the rejection of the mate. She will reject you. Your spirit will gradually break, followed by your mind. You must not continue with this infatuation,” Alphonse decided to put his two cents in. He was always quick to make sure Ashkia knew how inferior her choices were. Why did he always try to make her seem like the crazy one? Babet placed her hand on top of Ashkia’s.

Ashkia looked down at her mother’s hand. She thought of Dustin’s hand on hers. Her mind spiraled into memories of him. She was a senior in high school, her graduating class taking a tour of the nearby human town. She was so excited, werewolves in her pack got to leave pack grounds for the very first time by going on this senior trip. The kids got to venture, explore the shops, dine at cafes, and really get a feel for how disgusting humans were so that any thoughts of being friends with the humans were vanquished.

Ashkia was fully prepared to hate humans and look down on them as the lesser creature that they were, but she could not. There was something about the “Hello, welcome to Darcie’s,” that felt so welcoming as she entered the clothing store. Something about how the barista smiled at her as she accepted her order. She felt more at home here than she ever did on pack territory. Ashkia sat down at an empty table right outside the coffee shop. Sipping away, enjoying the weather, as all her classmates wandered about, she stayed still, happily enjoying the calm bliss, a rare experience between pack training, school, and rogue attacks.

“May I sit here?” Ashkia looked up at the stranger, human. She instantly felt a connection. His deep blue-eyed gaze into her soul, and she knew she wanted him to be hers. Without waiting for a response, he sat down.

“He likes your face!” An apparent friend of his shouted as he punched the stranger’s shoulder and gave him a wink walking away. The man rolled his eyes in the friend’s direction and turned back towards Ashkia.

“I like your face too,” Ashkia said in fully unfiltered confidence. Dustin choked on his coffee a little bit.

“What?” He asked for confirmation of what he couldn’t believe he had heard. Ashkia chuckled at his discomfort.

“It is clear you heard me the first time. I’m Asha.”

Ashkia thought of the many moments she snuck out to meet with Dustin. It was so easy to be with him, talk to him. It felt so right. Over the next three years, their relationship grew. Ashkia had no doubt that Dustin was a far better fit than any mate chosen by someone else. She thought about the tender way he treated her, how even if he was talking to someone else, she knew that she had his full attention. In her eyes, it was a connection far more romantic than any fated mate would have been. She chose who to love, and she was going to love who she chose forever. That is what made their night together so perfect. A couple of weeks later, the positive pregnancy test only excited her about the future with Dustin. She was on her way to tell Dustin how she was completely in love with him, how she chose him. She sat at the table they had first met. He walked up instead of sitting down and kneeled on one knee. He was professing all the reasons why she was perfect for him.

“Ashkia, will you marry me?”

“I’m pregnant!” Ashkia shouted without thinking. She covered her mouth, waiting for his reaction. He smiled and kissed her passionately. She wanted this moment to last forever.

“That didn't answer my question,” Dustin said, leaning his head on hers.

Her mother’s hand was still on top of hers as Ashkia came out of her flashback. “Ashkia honey, you cannot reject your destiny, your mate. You must let this human go,” Babet pleaded. Ashkia looked down at her little love. Reject her destiny? Her destiny was already set. There was no turning back now. She felt Alphonse rest his hand on her shoulder.

“If you do not let him go, we will have no choice but to let you go, as your parents, as your family, as your pack,” Alphonse threateningly squeezed her shoulder. “Do you understand? You choose to marry him. Then you are no daughter of mine.” Ashkia scoffed to herself- ultimatums, typical. Well, she was done letting her parents, her pack, and the moon goddess control her decisions. If they were going to reject a human, what would they do to her unborn child? No, Ashkia would put her child first, as she desperately had wished her parents had done for her. She shook away from Alphonse’s grip. She ripped her hand from Babet’s.

With a relieved sigh Ashkia stood up. “Thank you for making my decision so easy,” She smirked at her parents and backed up next to the front door, ready to make her escape. “I, Ashkia…”

“Alphonse, stop her!” Babet was barely audible through her sobs and screams. Alphonse stomped towards Ashkia. She placed her hand on the doorknob.

“Hereby reject the Pack Bond and forever sever the link between me and all of its members,” she turned the doorknob, and Alphonse stretched out his arm in a desperate attempt to reach her. “I accept my new status as a rogue.” Ashkia swung the door open and did not look back. She could hear her parents' screams. She could feel them, their agony. She could feel every link between pack members and herself breaking one by one in a matter of seconds. An excruciating pain. She had expected pain but now knew no one could fully grasp the amount except through first-hand experience. Still, she pushed on, past the pack borders and right to where Dustin was waiting.

He saw her. She was so pale he couldn’t believe she was conscious. They had discussed the plan. They had gone through every what-if scenario. This was the worst case, plan z, and it was happening. He grabbed her and helped her to the car, sat her down, buckled her in, and ran around to the driver’s side. He knew they did not have much time before they came after them. They would not just let them leave peacefully. His heart broke for her. She loved her pack. She loved her family. She never wanted to leave that world to join the human one. She wanted to happily coexist. Dustin wanted that for her. Despite that loss, they were together. Their growing family would thrive as humans and know nothing but love. Dustin would make sure of that. It was the least he could do for his chosen love. After all, she had sacrificed to be with him.

“Rea,” the name affectionately rolled out of Ashkia and Dustin’s lips in unison, as though it was placed there by some unseen being.