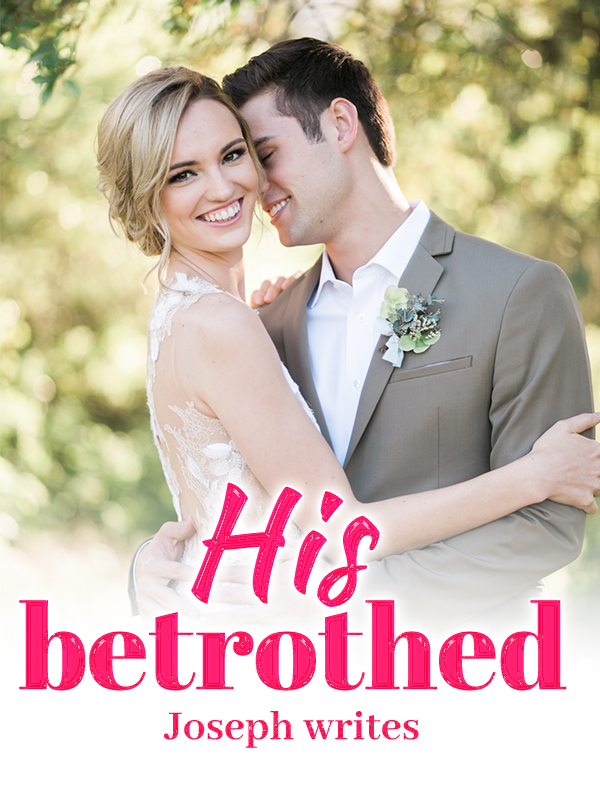 5, I met you. Understood that I was born to marry you. You were silent, you were shy. But I managed to make you my friend. At age 13, I fell in love with you. I loved your cheeky smile. I loved the way I am the only person you rely on. At age 17, I became yours and promised myself to you. I pledged to wait for you no matter how long. You were sweet, caring, and treated me like I'm the only woman in your world. At age 18, you left. Moving to another country to meet the future that you are born. I waited but you hardly called. At age 25, you came back for me, but you're not the man I knew. From the day I was born, I was meant to be his. It was okay. Everything was great. I loved him as we played on the playgrounds, as we watched him grow up- and he loved me. Suddenly, he left with his father to go to Italy leaving me behind for seven years, he came back but he wasn't the same. From the day I was born, I was meant to be his. I was happy to be his. But he was no longer the man to who I was betrothed to.

I looked at everyone, smiling, singing me a "Happy Birthday." I can't wait for them to finish and listen to them sing as I stare at my birthday cake with 5 candles lit on it. All I can think of is making my wish that I can't wait to wish for as I blow all those candles. It is on the 8th of September and it's my 5th birthday today. Everyone brought huge gifts that I cannot wait to open, most of them probably are stuffed toys and Barbie dolls which I have a lot of but it doesn't matter because I can't wait to play with them all.

"Happy birthday dear, Jean... Happy birthday to you!" The song finally ended. I excitedly blew all the candles and closed my eyes and whispered my wish in my head.

I wish that every day is my birthday so that I'll have more gifts and birthday cakes!

After making my wish, I opened my eyes and giggled as everyone cheered and clapped for me. I can always have everything I want. All I do is ask my Father about it. My parents love me very much and we live in a big house. They'll do anything to make me happy but most of the time they are busy doing work that's why they compensate for it by giving me anything that I want.

My mom held out her hand to me and asked me to come with her. I pouted and pointed at the cake because all I wanted was to eat it. The cake is pink and I can imagine it tasting like strawberries. My mom laughed, "You can have a slice later dear, I just want you to meet someone."

I groaned and held onto her hand and followed her. She led me to an old man holding a kid with him. The old man looks scary, he looks so serious. He looks like he could eat me at any moment. The kid, on the other hand, looks a little taller than me. He has straight brown hair with pretty green eyes, his lips were flushed like roses. I looked at my mom and try to cover my mouth from the two people and whispered, "Mommy, who are they?"

"That is Mr. Moretti dear and that is his son, Matteo. Say hi to them love."

I looked at them and gave them a huge smile, enough to show all of my teeth, and held out my hand for a handshake, "Hi! I'm Jean! Nice to meet you!" Matteo seemed to be shy, he is so silent. He is just like his dad having a straight face. Isn't my birthday party enjoyable enough?

After holding my hand out for about 5 seconds now, he finally shook my hand saying monotonously, "Hello, I'm Matteo. Happy Birthday." He handed me a small gift which I am disappointed by how small it is but I took it anyway.

"Why so serious? It's my birthday and you look sad. Come on let's eat cake!" I said holding my hand out to him and he was just standing there staring at it. I sighed and grabbed his hand and pulled him to come with me to the table. Auntie Hilda was there talking to the other guests. I tapped on her arm to get her attention. She turned to me and smiled, "Yes, Jean?"

"Auntie Hilda, can you slice us some cake. We're hungry." I pouted and batted my eyelashes. She laughed and grabbed a knife to cut us some slices. "Make it big Auntie!" I said as I pulled a chair out for Matteo to sit in. "You sit here," I instructed him and he silently obliged and I sat at my chair. Auntie gave us the cakes alongside with a fork. "Enjoy dear!" she said and continued speaking to her friend.

"So how old are you?" I asked him as I eat big bites from my cake. He ignored me and just ate the cake slowly. I sighed, slightly getting annoyed, "Don't you have any friends? Why are you so qu—"

"See, you can talk. I'm five. But you already know that now, hehe. Where do you live?" I asked,

"I'm just right down the street."

"Really? That's great! We could go out and play after school!" I said excitedly,

"Too bad, you're my friend now. You will always be going out." I taunted him,

"I'm not your—" he was about to say but I cut him off, "Your name is too long, I'll call you Matt instead okay?" He was just staring at me confused but he just nodded instead.

My mom approached us and rested her hands on my shoulders. "Matteo, I'm sorry for my daughter. She could be so excited at times." Matt gave her a small nod in response. "I am supposed to introduce you to one another properly. Jean, I know that you are both very young but it is much better to know much earlier than to be shocked later on, isn't it? Matteo already knows about this." She said,

"Jean, dear, this is Matteo and you are supposed to marry him one day." My mom said, I looked at her confused and then looked at Matt, "He looks too boring to be my husband."

"You look too annoying to be my wife," Matt answered and I was shocked that he said something.

"Boo hoo, too bad," I said sticking my tongue out at him. My mother laughed and looked at me, "This is a serious thing, Jean, okay?"

"Yes, I know Mom. I know I'm five but I understand that that's how it goes in the family. That's what you and Dad have been telling me ever since." I said with a small smile. I'm actually not mad at them for having me reserved for a guy. My parents manage a business and they need connections to be stronger. It is something that I was able to understand even at such a young age. My parents will do anything to make me happy and I will definitely do the same for them. After all, looking at the guy who I am supposed to be married to, he doesn't look that bad. He is actually pretty cute despite his emotionless face. I stared at him as he eats his cake. He looks so quiet as if his world has been so dark even for a child like me. Looking at him made me want to change my birthday wish.

I wish to be the light in that dark world of his.

After that day, after school, I always go straight to their home right down the street to visit him. Although every day he will shut the door to my face as if he hated me so much. But I continued on and did not give up. It continued for weeks until he finally let me in into his house. The maid walked me inside their gates and their house is definitely much bigger than ours. They have a beautiful garden with a fountain in the middle. Their walls were the color of ivory with large windows.

They let me into their house and led me to Matteo's room. He was there on the floor playing games with the PlayStation. The maid left the room for us to be alone. I dropped my bag on the floor and sat beside him. "What are you playing?" I asked,

"What do you want?" He asked me in a rude tone.

"Why are you so mean? I just want to play with you. We are friends remember?" I said to him getting annoyed,

"I never called you my friend. I don't have any." He said,

"I am one and you'll marry me someday anyway. Hmm, if you're going to marry me then that makes you my boyfriend." I said teasingly poking him but he ignored me and continued playing his game. I sighed and said, "If I beat you on that game, we'll be friends?"

"You can't play this, you're a girl. Girls can't play videogames." He said,

"Excuse me?" I scoffed, "Now you're really challenging me."

He groaned and said, "Fine as if you're going to beat me anyway."

We played the game and I keep on laughing at his reaction as I am slowly beating him to the game. Little did he know that I have the same game at home and have been playing it every time. The game finally ended and I looked at his shocked face and laughed, "Girls can't play videogames you said? Guess you're my friend now."

From then on, I made efforts to make him open up to me and be enough for him to classify me as his friend. From the moment I saw him I know, he has something locked up in there somewhere which causes how he is always sad. I always talk to him, hang out with him, in any way I can.

Years later, we are close enough that we basically know everything about one another. We are going to the same school by middle school, I found out that his family is rich by doing bad things for a living. His family is one of the powerful mafias known in the world. He trusted me enough on it that he told me to keep it a secret. I'm the only one he talks to but I also hope that he could also have a friend who is also a boy he could relate to. Luckily enough, Keith, his classmate became so close to him that they were inseparable. He trusted him as much as he trusted me and that makes me happy.

I'll continue helping him leave that little bubble of his.