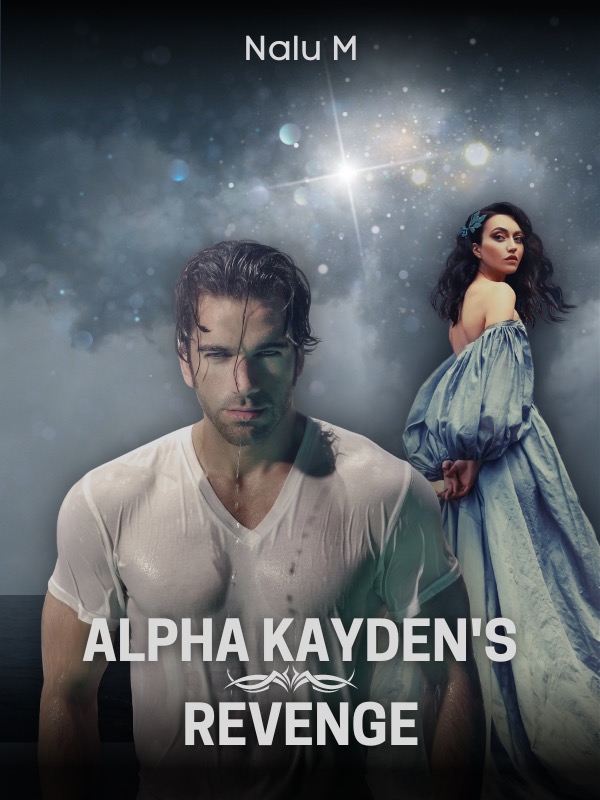 He turns to leave then suddenly stops, still facing away he says, “ what happened in the hospital and my office won't ever happen again. It's just my wolf is having a hard time knowing that you rejected him. But it won't repeat itself, it's best if you moved on the way that I have. I will be marking Lexi on the full moon to strengthen my bond with her and completely break myself away from you.” “ Are you doing this because of me? To get your revenge on me?” The question slips out before I can control it. “Not everything is about you, Lucy.” He says as he finally walks away. Leaving me in a pile of brokenness once more. Lucy Reed is the pack's beta, who has only ever wanted to have power. Her only wish is to be mated to an alpha, but everything changes when she meets Kayden Gray who is an omega, the lowest rank in a pack, and she rejects him because he isn't what she wished for. This rejection motivates Grey to improve himself until he can challenge his pack’s leader for the position and emerge as the new alpha. He doesn’t stop there; his main goal is to make Lucy regret her rejection of him, so after a year, he becomes the alpha in Lucy’s pack as well, this makes him one of the most powerful alpha’s to ever exist. To make things worse Kayden decides to pick a chosen mate from the pack and Lucy can’t deny that she wants him back. What will happen to Lucy when catches feeling for the man she once rejected but he takes up a chosen mate? Will he ever forgive her and move on from the past?

I was born and raised in a pack called Darklight. It is situated on the outskirts of North America in, somewhere hidden from human society. It is a normal thing as werewolves never want their secret to be revealed and we are free to shift whenever we want.

I am a beta female, only because I am the firstborn in my family. I had to work and train hard every day. Those are the conditions I had to meet if I was to stay beta. In my pack, life is kind of hard. Ranks are not obtained by a matter of birth alone; one has to fight for their rank and make sure one can keep it. That's how things work around here. It is a constant struggle to keep the beta position, and I have been challenged by it every time. I was so proud of myself and my accomplishments.

Today happens to be one of those days where I get to relax at home. It is my off day. I am in the garden we are in the back yard of my house, planting some vegetables. There is nothing I enjoy more than gardening. It keeps me occupied most of the time. I am adding more soil to completely cover the plants. My main goal here is to remove weeds. I can't believe someone would mess with my garden this way, though I already have some guesses. It can only be Justin, my younger brother. I will give him the spank of his life the day I catch him.

This is the most relaxing thing I can do before I get busy tomorrow.

Being beta has its pros and cons. The disadvantages are being overworked whenever a neighbouring pack came to visit, I had to be there to introduce them to the alpha and ensure everyone had a good time. As much as I enjoyed being beta, I kind of disliked the idea of socializing.

I continued to remove the weed that had outgrown my garden due to my constant busy days of helping Alpha Xavier with my pack alpha. I try to work as quickly as possible so I can have a large portion of my work done by the end of the night. My garden is quite large and has helped us over the years, even though I was the only one who seemed to tend to it.

“Why do you have to overwork yourself like this?“ Dad suddenly asks, startling me, as I had been too engrossed in my work to even notice him.

I stare at his boots beside me before I briefly peep up to look at him. My attention goes back to removing the weeds.

” it is not like I overwork myself when I enjoy what I do.” I subtly say to him.

He chuckles before he bends over and joins me in the task. I briefly watch what he is doing just to make sure he is doing it right and doing the same thing I am doing.

"What, you think I can't remove simple weeds?" he suddenly asks, even though he doesn't turn to look at me.

We work closely together, even when the sun is beating down on us.

“Are you ready for tomorrow?" he asks. He hands-on the weed as he pulls it out.

“ I guess I am the beta after all. Do I even have a choice of not being ready?” I ask him.

“I guess you don't, but you might get a chance to meet your mate. The Blackmist is a great pack, and I am sure you will find a good mate from there. ”He assures me, even though that is news I am reluctant to hear.

”As long as he has a good position in the pack, I will be happiest. " I remark.

“Rank doesn't matter; a mate is a mate."

Maybe to him, it doesn't, but to me it does. I have been mateless for 19 years and worked hard to get where I am. The least I expect is to be mated to someone weak the worse can be an omega.

I kept quiet, deciding not to answer him as I continued to work. From there, we work quietly. It may seem like a simple job, but after working from morning to evening, it has taken its toll on me. By

the time we are done, the sun is almost setting. I begin to pick out some ripe veggies and hand them over to Dad to hold onto, and he does just that, quietly following my lead. His 6'5 tall frame overshadowed my 5'5 from the setting sun.

I collect as many vegetables as I can. “ Will there be enough for the vegetable salad ?”

He analyses them. His eyes furrow as he stares at the veggies in his palm. ”I am sure they will be enough. ” He agrees, a smile coating his face.

I collect some eggplants and we leave, heading into the house. We drop everything in the kitchen, where mum is already preparing dinner.

”Wow, this is good. I didn't know that much was ready, "she says as she stares at the vegetables we dumb into the sink.

“I was also surprised when I saw them. When even left others for next time," dad answers as he begins to help me rinse the dirt from the veggies.

Mum smiles at his remark. ”Even better, "

I roll my eyes at both of them. "If you only helped me tend to it often, you would know how much vegetables had been ready and we would have avoided the others from rotting before we even plucked them."

“We are both busy," they answer me in unison, as though I am the one who isn't ever busy. "Speaking of busy," mum continues. "Ain't you excited about tomorrow? You know, maybe you might meet your mate," she says happily almost squealing, I chuckle at her behaviour. She has this cool, bubbly personality that I just love.

She frowns when she doesn't sense the excitement from me. I look away and continue cleansing the vegetables. Dad quietly watches my reaction but does not comment on it. Our hands briefly bump into each other, and we both chuckled at the action. My dad and I have always been so close since I was a child. He spent most of his time with me, to train that is he was always so tough and harsh in his training but I am still thankful cause if it wasn't for that training I wouldn't have been able to keep my position. Due to our closeness, he even referred to me as his "mini friend."

I begin to hand him the variety of vegetables we had collected and he puts them on the island besides Mum's cooking area.

The aroma of mum's food engulfs us all, letting us know just how good her food will taste. I can't help but salivate at the delicious aroma.

“Speaking of which, where is Justin? "I ask, after noticing I haven't seen him all day and he is usually in the kitchen with us when preparing food, but right now he isn't.

” He went out to visit his friend, but he was so dirty and scruffy when he came back, I sent him to the bath." That explains mum, who does not like anyone to be dirty before dinner. "You could use a bath too." She adds, her gaze on me, her grey eyes meeting mine. I look at the overall I wore before I went to the garden and it is covered in dirt. I am even surprised she let me in.

“I know, I know, I am on my way." I walk out of the kitchen, leaving the cooking to her and Dad. My mum may be petite, but she is scary when she needs to be and we are all afraid of her, including my giant dad.

I quickly climbed the stairs to head to my room. I had suggested starting living alone a lot of times, but mum and dad didn't want to let go of me. I even came up with the excuse that I still had a lot to learn from him to keep up with the beta position, but I knew better.

I reach my room in no time and quickly rush to my joint bathroom. I take a quick shower and dress up in some pyjamas, By the time I head down dinner is ready