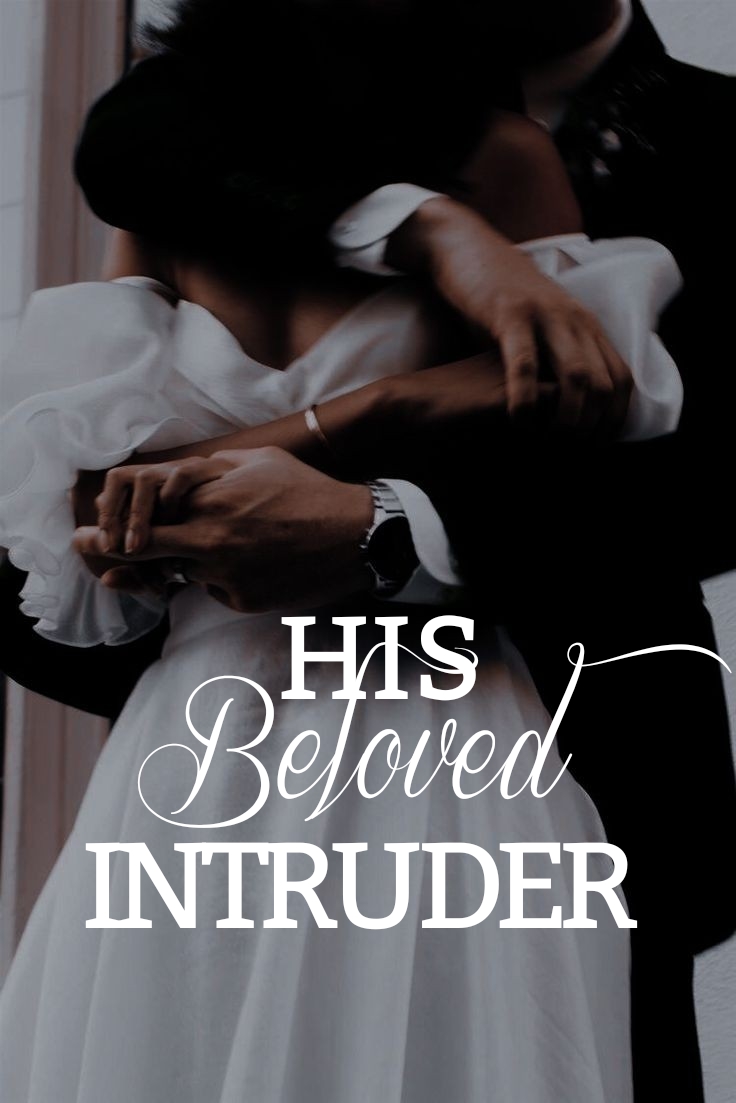 WARNING: R18 || Mature Content This story contains mature themes and strong language. "You took my heart away from me, and that was your biggest mistake," says Theon Willoughby, a handsome businessman and Willoughby's sole heir. Theon was not only spoiled by wealth, but also by the love of the women with whom he once flirted while still at university. When Jackylyn arrived, his world was shattered.

WHEN Jacky saw the man who was the birthday celebrant that night, she paused for a moment. She was dressed in a red bodycon dress with a slit that reached the top of her thigh. Her back was out and her chest was nearly drooping, but she ignored it. Sher's heavy make-up and wig hair give her a different vibe. She appears to be a dangerous and mysterious woman, but she can only say one thing at the moment: he doesn't know her or, to put it mildly, recognizes her.

She was with Abhaya tonight to keep an eye on Dr. Hayes. The two of them are tasked with protecting the young Doctor. They were on a costly cruise where

He simply looked around. Hmm, let her say classic, cozy ambiance, rich people everywhere ... What more, handsome men? She grinned. That’s where he used to be, to that handsome deputy! Her eyes and heart used to stick togethis but now, not anymore. She has learned.

As she returned her gaze to the celebrant, she sipped her wine once more. How long had it been since the last time you checked? One? Two? She can't remember anything, or, as she puts it, she doesn't fucking care. She walked to the deck after exquisitely placing the glass on the table. Abhaya called her from the other line, and the only thing that excites her is danger. It's really just such things that bring back her long-dead personality.

But they didn't see the shooter who wanted to kill the young Doctor that night. Their adversary is sly, and they enjoy playing hide-and-seek. She quickly stuffed her gun into the bag and walked down the corridor back downstairs to the party.

She nearly broke the man's neck when he suddenly drew her from nowhere and leaned her hard against the wall.

"Fucking hell!" Jackylyn exclaimed uncontrollably as she noticed the man in front of her who was staring at her intently as if diving into her entire being.

She pretended she didn't know him, so instead of becoming enraged and insane, she smiled sweetly and gently caressed the man's cheek. "I wish I am loverboy. Do you want to join me in bed tonight?" She played with her voice in order for him not to notice her.

His brow furrowed. He seemed to consider what she said, but then smiled and stroked her cheek. "Why not, mademoiselle?" He responded softly and pushed her up against the wall.

She teasingly laughed and caressed his face. "I'd like to, but my husband will kill you. So, good bye handsome!" She then walked away.

Husband? She wanted to laugh at what she had said. She doesn't have a husband.

Her heart beats faster. Theon recognized her. She had long since fled, knowing that Theon was married and madly in love with someone else. She loves him, but only she knows how. She can't love him anymore, and she'll forget about him one day, she just doesn't know when.

Jackylyn remained alert following the shooting. Abhaya look after Dr. Hayes while she returns to the party and dances to the happy music. It's good to be alive and dance like no one else. She missed it a lot.

She flirted with the men on the dance floor. Nothing, she likes to flirt. She laughed in her head. She flirts with Zerus, a man she knows well. Isn't the world small? But who cares if he doesn't even know her anymore? She is a long way from where she was before, and if she compare herself then before and now, she is even further away.

Zerus was taken aback by what she did, and his gaze followed her. He would have approached her, but she quickly joined a man he didn't know and gently clung to his arm. She danced while holding a glass of champagne in one hand. Her hand quickly wrapped around his neck, and the man danced seductively in the middle of the dancefloor. She just smiled and danced. She looked as if she was drinking from a champagne glass.

"Hey, sexy! You're on fire," Its eyes were filled with adoration for her.

She placed her face seductively on his chest and gently caressed it all the way down to his abs.

"Come with me," he said as he drew her away from the dancefloor.

But she wasn't surprised when a hand stopped her, Theon Willoughby grabbed her from the man. Even though the man face was flushed with annoyance, the poor man could do nothing but let her go.

“Oh! Mr. Willoughby, it's you again." She said this casually while charmingly smiling at him.

Theon gave no response and simply stared at her. Her heart quickly hardened. Oh well, she's been numb for a long time, and she's no longer madly in love with him; she was the only one who felt for him before. She is not only unlucky in love, but also in life. She was unlucky for everyone, including her family.

She wrapped one arm around his neck and sipped the wine-filled champagne slowly. She just stared into his eyes, as if he were probing her entire being. The music's beat changed from party music to a love song. She becomes agitated when her least favorite song is played.

Emily James's Dancing With A Thief is now playing.

She would have turned her back on him, but he grabbed her waist and took her champagne wine in her hand. He drank it all and threw the glass empty without saying anything. She turned around to see Dr. Hayes catch the empty glass while Abhaya was standing right next to him.

They say he’s not the type

That walks by twice

The boy with the notorious sapphire eyes

Look only if you know the risk …

She smiled wryly behind the song. Theon had a set of sapphire eyes and she’s drowning from his eyes.

'Cause every addiction comes with side effects

False hope and heartache have been known to infect

When she was so attached to the man before, she was almost crazy. Funny to think of that thing.

But oh, she came over my way

Hello, was all he had to say now it’s too late to be saved

That keep you up at night kinda thunder in your soul

Bullshit! She wanted to leave, but his grip on her waist was too tight, and he barely blinked as he looked at her.

He spun me around when I took her hand

And he stole my heart and my innocence,

Oh swaying in the pouring rain

Underneath the sea of angel’s tears

I’m slow dancing with a thief …

"Tell me your name," he says softly.

"I'm... Your worst nightmare, Mr. Willoughby." She smiled sweetly but warned of danger behind her smile. "Goodnight!" And she let go of him in an instant. She raised her hand and displayed the fake wedding ring she was wearing at the time.

Theon was taken aback and did nothing but stare at her before she disappeared like a bubble.

JACKYLYN'S eyes narrowed as she noticed the man staring at Abhaya. She also communicated with Abhaya on the other end of the line via the pendant and earrings they were both wearing. She gave her a nod.

The man must have sensed that she was watching him, It quickly averted its gaze and walked away. She dashed after him. The party isn't over yet, and she's just trying to calm her nerves. Since she danced Theon in the middle, there has been no stopping the loud whipping of her bullshit heart.

She walked down the corridor quietly. Only the heel of her stilettos could be heard in that part of the hallway, but she was ready for anything. As she entered a hallway, a gun was pointed at her head.

"Turn your back," the man said firmly.

"Oh, yes? Is it appropriate to point a gun at a beautiful woman? Where has your etiquette gone?" She didn't look away. She just stood there staring at the man.

"Turn your back or this bullet will lodge in your skull."

She sighed and rolled her eyes. She isn't scared. Instead of turning around, she abruptly pulled out his handgun and effortlessly removed the magazine. It was astounded by what she did, and she delivered a powerful blow before collapsing.

She was preoccupied. It's a good thing no one saw what she did. When she noticed an open room, she gently drew its foot and entered. The only open light in that room is in the bedroom, and it is dark on the right side, where there is a large living room, equipment, and other items. She decided to hide it in the closet so that no one could see it and the owner of the room would be surprised. She burst out laughing at the thought.

"Where have you gone?" Abhaya is on the other end of the line.

"I'm burying someone. I'll see you later." She then hangs up the call.

She grinned as she gently closed the closet door after ensuring the man's comfort in that large closet. It's a shame, to be sure.

She took a look around and was taken aback. Not too shabby. The room is lovely. Not casually in that opulent and obviously very expensive suite. The smell was very manly and permeated the room, and she couldn't help but like it. The aroma is delectable. She could barely close her eyes. She thinks she's seen it before, but she can't place where or with whom. She shrugged and turned around to return to the party when she collided to a hard object.

When she looked up, Theon's face flashed at her from the dim light of the room.

Shit! She was stunned in her mind.

He's dressed in nothing but a boxer. He held a cigarette in his hand and blew smoke in her face. Instead of being angry, she found Theon's actions sexy and hot. She took a deep breath and stepped back slightly. Why is he without a top?!

"It's you again," he teased in a mocking tone.

She composed herself silently. She pretended she didn't notice the man's presence. Shit! She didn't realize it was Willoughby's room because if she had, she would have thrown the man she had knocked into the sea earlier.

"What's the rush?" He grabbed her arm quickly.

"Please accept my apologies? I assumed it was my room. Menen ulos Anteeks." I'm leaving. Please excuse me. She shook his hand and dashed to the door, but it was already shut.