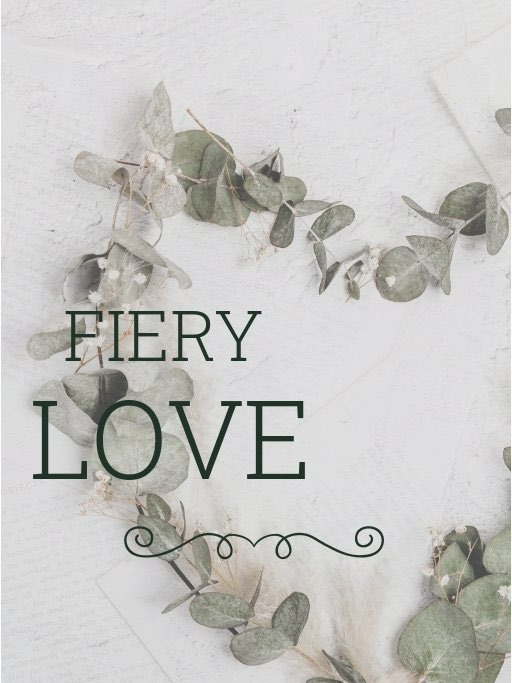 She had a dream about him, saying his vows to her, that they would be together forever, and then her best friend woke her up. Good thing because that dream she had is a nightmare! What Sadie didn't know is that going to her new job today is the start of her real-life nightmare? Or will she realise as she spends more time with her Boss, slash husband it is a sweet reality dream after all? Let's see as we start the beginning of Sadie and Kayden's love story. No one is good enough to deserve the charming, assertive, cocky, smart and bad boy type Kayden Freniere. Almost everyone around him admires him. Kayden the CEO and Sadie his secretary. They have a cold and thrilling relationship. One moment, she feels like he is torturing her then the next thing she knew she was fascinated by him. However what could happen if, the secret about Sadie his secretary and him they were hiding the most suddenly came out? That they are married for years now. Will Kayden defend her and act like the Knight in shining armour Sadie needs or will he deny the connection they have with each other? One thing for sure, he wants his Wife back for some reason he can't name but the question is ... does she want him back too?

"I, Kayden Freniere take you,-" And then I saw a man wearing a suit and tie, he was facing me and holding one of my hands while the other was holding a ring and it looks like he was going to wear it on my ring finger...

"Sadie! Wake up already!" I woke up immediately from my sleep because of my friend's shout. I had no choice but to get up and since I am still a little bit sleepy, I rubbed my temples when I felt dizzy due to the sudden awakening.

"Hey, girl! It's your first day at work and you're still sleeping like it's the weekend?! It's already seven o'clock!" My eyes immediately widened at what she said.

If I don't make a move now for sure, I'll be late for work later! It's my first day and it's not a good idea if I'm late on my first day at work!

I immediately got up from bed and hurried to the bathroom and then dripped water into the bucket. I was still a little sleepy when I reached for the dipper to scoop water from the bucker and I suddenly poured the water onto my naked body. Fuck! Stupidity is real! I should have heated the water first before taking a bath!

I am no longer in the province! I'm already in the highlands so it's probably not just the weather that's cold but also the water!

But it will only take time if I wait for the cold water to boil. I really should have set the alarm last night!

On the other hand, I decided to stop blaming myself because I realized, I'd better hurry taking a bath since my office is a bit far from the house we are renting.

And before I could forget the woman woke me up earlier is Ryleigh.

Ryleigh is my best friend slash roommate. We've known each other since our diaper days and apart from the two of us being neighbors in the province, we also went to the same school in elementary, high school and even college, where we decided to study in the city where we decided to study.
When I came out of the bathroom, I quickly put on my office attire and then combed my hair with my hands. I couldn't find my comb and left the room.

Ryleigh immediately looked at me when she saw me go out of the room, the witch smirked at me, since today is Monday it's her day off. Lucky for her, she can relax all day.

She is a call center agent and she has two days off depending on the schedule that will be given to her, while I applied as an office clerk and got lucky to be hired. It's just a little bit sad because we're not on the same day off. Because I now work in the office, my day off is on weekends. Fortunately, I have two days off as well.

After I put on the black doll shoes, I also picked up my shoulder bag and hung it on my shoulder and then approached her.

"Hmmm, so you're leaving now? How about a quick reminder? If you got time instead of stalking your estranged husband on Facebook, how about you set the alarm on your phone first?"

She teasingly reminded me. I smiled at her and took her coffee from the table, then I drank almost half of it, it's not that hot anyway. She was still a little amazed at what I did and then little by little she closed her eyes to control herself from getting annoyed at me.

"SADIE!" She yelled angrily. I ignored her and hurried my way out of the house, then waited for a minibus-like public utility vehicle to take me to FRNR. Fortunately, we live on the side of the road, so I didn't have to wait long for that mini-bus like.

While I was travelling, I remember the dream I had before I was woken up by Ryleigh. It's weird that even after I took a bath and was in a rush for work, I could not erase that dream from my mind. It all happened four years ago. I wonder how he is doing right now?

I immediately removed that question and that dream from my mind and then turned my attention to the road.

I should set the alarm on my phone tonight. I can't be late since I am new at work. Since I'm still far from my destination, I took my phone from my bag to set the alarm, however my forehead immediately creased when I saw that the alarm was set! What the hell?! Is my dream so beautiful that I slept even better compared to the previous nights I had? Reason, why I hear my alarm as well?! Geez! Good thing Ryleigh is there to wake me up! And I forgot to thank her, well we're like sisters anyway so it's not going to be a big deal whether I thank her or not.

But one thing, I am sure of, if she didn't wake me up for sure I am still in bed and sleeping peacefully.

"Sir, stop please!" The minibus-like public utility vehicle stopped immediately when I asked the driver to, and then I went out of the vehicle, however I had a hard time going out.

The skirt I was wearing was so short that when I hit the glass wall of the building I am going to work at, I stopped walking upon seeing my reflection. My eyes immediately widened when I noticed something about the skirt I am wearing!

Geez! I was in a rush earlier. I didn't notice that this black pencil skirt I am wearing right now belonged to Ryleigh! I remember she used this skirt back in our college days.

Just yesterday I found out through email that the required office attire for females is skirts and slacks for boys. Annoying right?! The art of the owner of Smith House.

I think that the owner of this company is a big, unmarried old man, and to make it easy for his female employees to booze, he required us to wear skirts. But of course it's just a joke.

How come I can't say that, when I applied here, the girls here were wearing shorts inside their skirts, then they were wearing high heels and their faces were full of make up. I thought there was a party that day because there were a lot of clowns scattered around, like there was a children's party, but it turns out they were office clerks. Sigh.

"Huh? What's that?" I looked a little surprised at the guard while I was at the entrance. Urgh! Joanna focus, focus, focus! I just shook my head. It's your first day of work, you need to get organized and impress your boss so that it becomes your permanent job.

"Ma'am, I said, please wear your ID to be scanned." The guard answered me and then he scratched the back of his neck. I just noticed that I was at the entrance of Smith House. I immediately rummaged through my bag to find my ID and also apologized to the people who queued behind me and complained that they were going to be late.

Since I already know what floor the CEO's office is on, which is on the thirty-third floor, I didn't ask the reception, where are the beautiful office clerks but they are very rude when a woman inquires. Sigh. But when it comes to boys – hey never mind!

By the way, I'm going to be really lazy! I immediately rushed to the elevator and if you're lucky, I even fit in the small space. I immediately pressed the number thirty-three button and immediately frowned when I saw the people next to me looking at me as if I had committed a sin. I can also feel others looking at me from behind me.

What is their problem? Did i do something wrong? I just ignored them and waited to get to the thirty-third floor until I was the only one left. I was walking when the elevator opened in the hallway to the CEO's office.

Only the CEO's office is on this floor. Actually, I still have no idea what my boss looks like, how come only the HR team interviewed me. I've only been here once, before I started and Ma'am Claire – the HRM manager – introduced me to the secretary I'll be replacing.

She is an old woman of about sixty-five years of age – according to Ma'am Claire as well. And because he is a senior citizen, he has decided to retire from work.

Ma'am Claire told me that Mrs. is still the CEO's grandmother's secretary. Thompson.

And then I finally reached the end of the thirty-three floor where your office is. As soon as the double doors were opened, the working table of Mrs. Thompson.

I quickly approached him and wished him good morning but he only answered me with a bad look and a frown. So effect of old age!

I didn't pay attention to his insulting me because I already know what my fault is! I'm five minutes late!

I apologized to him with a peace sign, so he knows I'm sincere. He tormented me and told me, "Fix yourself, Miss Cruz, and I'll introduce you to Mr. Montemayor." I nodded which also ended up with a frown. I turned my attention back to him wondering.

"Uh, who is Mr. Montemayor?" I asked him innocently. I thought my boss was Mr. Smith? He frowned at me.

"Didn't I already orient you about our boss?" He asked me rudely. I immediately nodded. "Don't say that you immediately forgot my instructions to you?" he added. His eyes narrowed as he adjusted his glasses.

I immediately shook my head. My mental memory is high! I remember all the instructions he gave me - the dos and don'ts, and I even reviewed them again and again yesterday so I wouldn't make a mistake on my first day, but I really don't remember anything that Mr. My boss's name is Montemayor.

He just shook his head and then he turned around to be next to me and without saying a word he pulled my hand so that I could follow him until we entered the CEO's office.