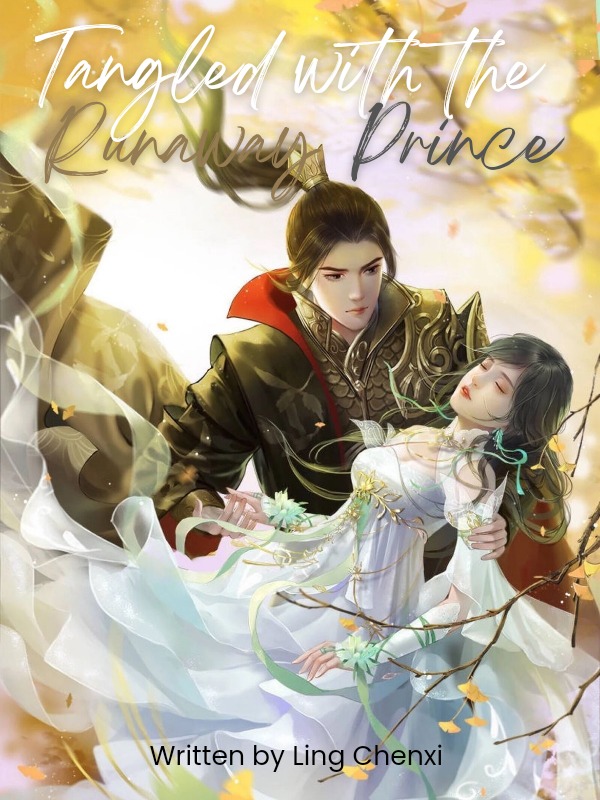 Tangled With The Runaway Prince

Jade Gold, the youngest daughter of the sword-wielding Gold family, is given a task. Before she can inherit her position in the palace as Imperial Advisor, King Greyson sets her out with a task: and that is to conquer evil and save the world... Only that it isn't that simple. She has to round up a few mercenaries and build her army... Because contending with a few hundred-year-old Witch's adversaries isn't something that any person can do. The optimistic runaway prince, Roc Chadwick and his best buddy Sky Yale, an amnesiac martial artist he saved, are among the finalists for the inexperienced Jade's mercenaries, but what will happen when both men vie for her affections? Will Jade choose to ignore her feelings for duty, or will she be torn between both men?

It was a cold bleak morning on the island of Tribute when the king of the island, Greyson, summoned Jade Gold to his presence.
Tribute, unlike the other islands on the map, was off a wayfarer’s charts – it was even said that if a person’s heart was sincere enough, his prayers alone would take him to the island. However, half a century ago, a curse befell the island. It was said to be the result of a controversy between the late king, Greyson’s grandfather, and his concubine Xima, who turned out to be a witch.
With her dark powers, Xima cursed Tribute, vowing that as long as she lived, the island and its citizens would suffer. Her minions were a pestilence, aggravating and instilling fear in travellers if they passed the darkest spots of Tribute, Xima's territories.
Eighteen-year-old Greyson rose to the throne after his father abdicated. He swore to his citizens to restore peace to the island and eradicate evil. Two years have passed since Greyson assembled his forces, waiting for the right time to strike.
Jade Gold was the youngest daughter of the Imperial Advisor, Unique Gold. The position of advisor was passed down from generation to generation until it reached her father who had no male successor. Jade, one day, like her father and grandfather, would inherit the position and serve King Greyson.
Word also had it that a strange phenomenon had happened when Jade was only ten years old. She had fallen into the river and almost drowned. But following her near-death experience, she transformed into a completely different person. The shy and introverted Jade had turned into the bold and optimistic Jade overnight, insisting she went by another name, Luck.
Since young, Jade accompanied the young Greyson in becoming his study companion. She lacked interest in martial arts and preferred isolating herself from others as she took an interest in embroidery. But after her transformation, she suddenly insisted on taking on martial arts. She even impressed the young Greyson, who was initially dismayed about her loss of memory of the past.
Now at nineteen, she stood with her shoulders arched up as she took large, confident strides while entering the king's court. Her long dark hair, with a tinge of red, marked her uniqueness. As she passed the other officials in the court, a few junior officials let out a gasp upon noticing her unsurpassed beauty.
Jade possessed large round eyes, resembling that of her late mother. While they added to her attractive features, they lacked emotion. Jade never knew what love was, not that she needed it...

Roc Chadwick walked slowly, holding the scroll in his hand, towards the venue mentioned in the scroll. Without realising, it had been one year since their stay on the island. He remembered vividly how he and the young man, his best buddy and brother Sky Yale, had found their ways to each other.

With his dark hair, slim and fair with a dignified appearance, who would have thought he was a prince from a faraway state? It was a long story. First, he was born to a mother of lowly status. He stomached the fate of being despised and ridiculed by his half-siblings. Second, was the overbearing rules of the palace. Of course, there were other reasons as well, but these two reasons dominated his decision. After the last straw, he finally succeeded in his many attempts to flee the palace.

He changed his name from Roc Chadstone to Roc Chadwick, taking with him his life savings and a boat he loved very much, the ‘Explorer’. Then, he had come across and rescued Sky Yale while the young man was floating in the water, severely injured and later, he secretly found him a physician renowned for his skills, taking great care to ensure that the spies from the palace would not find him.

Their brotherhood had begun in that way. They became each other’s companions and later took on an oath to become sworn brothers. Sky Yale had a total memory loss, which the physician suspected was the aftermath of an attack. All Sky Yale had in memory of who he was, was a letter addressed to him by his master, who he didn’t remember, and a memoir of his biological mother, a jade pendant with her name carved on it.

The parchment, with the words from his master, explained how he had come across the infant wrapped in a warm cloth, bearing the pendant and a letter. Sky Yale hadn’t remembered his name, and it was Chad who had chosen his name. His master had also mentioned in the unaddressed letter that Sky Yale’s mother had said in her letter that she originated from Tribute. The men determined that the best way was for them to venture to Tribute themselves. There, they might find the answers that Sky Yale sought.

Together, with the small boat and the remaining taels of gold from Roc Chadwick’s savings, they set out. They took the directions of travellers who had sailed towards Tribute but returned with failure, asking around to compile enough information on travelling to Tribute, before embarking on the actual journey.

But when they woke up the next morning after sailing off the continent to what they believed to be the ‘edge of the world’, unexpectedly, they ended up in a bizarre tunnel. The entire journey was so mystical that it was indescribable. All he could say was that somehow they ended up reaching a destination that nobody from where he came from had ever achieved.

And that paved their new beginnings in Tribute. Without his status and ample money to survive, it reduced the runaway prince to a commoner. Soon, poverty compelled the two brothers to take on odd jobs for a living. Sky Yale turned out to be very capable of farm work, while the spoiled prince had to resort to working as an accountant in a local shop instead.

But his adventurous mind told him despite how their mediocre-paying jobs helped them make ends meet, this wasn’t the life he was after. He could tell that working at the farm every day, with no challenge to face, completely bored Sky Yale to death. That was when he browsed around in the capital, looking at the notice board for any work to do.

Then came the day he came across the recruitment scroll. An anonymous employer was hiring two mercenaries for a trip. Coincidentally, the shop was closed early today, so he headed over for a look. If everything seemed okay, he could get Sky Yale to go with him for the job.

The address wasn’t hard to find, as he was an expert at following instructions, and being articulate in the language. He soon arrived, wearing his new brocade suit, a gift from his employer, the proprietor of the shop he worked at. He ensured his hair and attire were neat before he knocked appropriately on the door.

It was a small establishment that functioned as an office. Outside, two potted plants and a Kirin statue functioned as decorations, giving the structure a decent and humble vibe.

“Come in,” a perky female voice announced after five minutes of him waiting outside the door, filling Roc with awe.

So, this employer was a woman? That intrigued him more. From the tone of her voice, she didn’t seem older than he was, and he was twenty-one. The lady must be someone prominent in the island city.

He cleared his throat and reminded himself that he had to sound more assertive to persuade the lady that he was interested in the job.

“Yes, madame,” he answered and opened the door.

Once inside the office, the curious prince ventured with his eyes from the entrance, pChadeeding towards the few rooms, barricaded by silk curtains. The interior design of the place was undoubtedly feminine, with floral patterns and pink-coloured tapestries hanging from the ceiling. A foreign touch indeed, but confirmed his suspicion that the owner of the voice, a lady, was his prospective employer.

“So, I presume you are here for the job?” The voice morphed into that of a domineering tone. He listened to the voice a bit more attentively. Something about the voice seemed to trigger a sense of familiarity with him.

With his eyes, Roc scouted past the wooden cabinets, storing what were apparent scrolls that were slightly visible through the narrow gaps. He moved gradually towards the direction of the lady’s voice.

A woman appeared, standing right by a curtained entrance to one room. Clad in a pink flowing dress, with fair skin and mildly flushed cheeks, she lived up to her name as the Cold Beauty of Tribute, which Chad didn’t know. She was slender, with a slim waist and emotionless eyes that seemed to peer right through his soul.

But that was not what had baffled him. Reeling backwards in shock, Chad let out a sudden gasp.