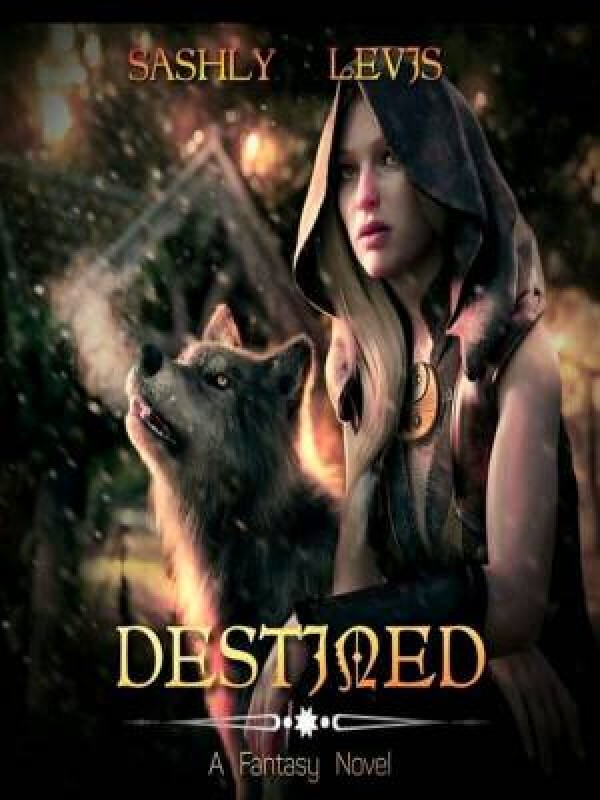 Amanda Mitchell was kidnapped on the day she was born, she grew up thinking that her life would be perfect, but her life takes a turn the moment she found out that she had been living a lie. The people she thought were her biological parents, turn out to be her worst enemy.Do you think Amanda‚Äôs parents are dead? Which werewolf pack kidnapped Amanda? Will Amanda ever defeat this pack?

Amanda Mitchell was kidnapped on the day she was born, she grew up thinking that her life would be perfect, but her life takes a turn the moment she found out that she had been living a lie. The people she thought were her biological parents, turn out to be her worst enemy.

Do you think Amanda’s parents are dead?

Will Amanda ever defeat this pack?

"Honey, it's time to go to bed, your tutor is coming early in the morning, so you should get some rest," Olivia frowned, as she stares into Amanda's green eyes.

"Mom, can you read me a bedtime story, before I head to bed," Amanda said pleadingly.

"Oh honey, you know Junior is waiting for me to tuck him into bed, and you know how impatient he can be, maybe another night," Olivia chuckled not meeting her daughter's eyes.

My mom always has something to do, every time I try talking to her. I don't understand anymore, I just wish the ground would just swallow me up. Pushing back the thoughts that were flying through my head, I lay on my soft pillow, but as I did, a soft voice spoke up scaring the crap out of me.

"Don't be afraid, I come here in peace. I overheard your conversation with your mother and you seem sad, so I was wondering if you would like me to read to you instead," a lady like voice asked curiously.

My hands and my lips were shaking, but I still manage to speak up... "Why would I want a stranger to tell me a story?"

"If I don't tell you this story, you will not be prepared for what is to come, and you don't have much of a choice but to listen, " The woman chuckled lightly.

"Prepared for what? If you're not going to answer that question, can you at least tell me your name?" Amanda questioned politely.

"Before I answer your question, close your eyes and use your inside voice, I'm sure you wouldn't want anyone thinking that you're going crazy," the woman chuckled knowingly.

After blinking for a minute or two, I finally closed my eyes and did as the old woman said... "So, what's your name," Amanda asked, using her inner voice.

"My name is Izabel, I already know your name. Now about the story, I only have two rules: One is that each night you get to ask me two questions, and rule number two, you cannot tell anyone about your dreams, got it," Izabel explained with a serious face.

"I have one more question to ask, "Amanda grinned sheepishly.

" You can go right ahead Manda, I hope you don't mind me giving you a nickname," Izabel said unsure.

"It's fine, I like the nickname and I'll call you Iza. Now the other question I have to ask is if I can see your face when you're reading to me?" Amanda asked softly.

The red looking old woman dressed in a blue and red rob replied, with a giggle as she revealed her face to Amanda with a book in her hand ready to read. " You're so beautiful and the book cover is designed beautifully, as well as the story looks interesting." Amanda was awed at the sight of the book cover.

"It is, now it's Story time, and I don't wish to be interrupted," Izabel said sternly before she started the story. Story Telling The title of the story is "Destined" Once upon a time, there lived thousands of pack members from different tribes named the Star Pack Wolves, The Moon Pack Wolves, The Protector Wolves, The White Wolves, and The Green Wolves.

They all live far down in the forest, so the humans could not locate them. Every Wolf from the different packs was very talented and unique as such that a set of human Scientists wanted to use their bodies to use for experiments, and also to help in treating people with several types of diseases. But as time went by Samson Clark, the leader of the Star pack protected his pack members as best as he could, but in doing that he and his pack members had to keep moving about the forest, so the humans wouldn't capture any of them.

Samson didn't waste any time in finding his mate that he was destined with, but little did he know, she was from a different tribe named The Protector. At first, all the pack members disliked her, but after a few weeks they all got used to having her around, and they all became fond of her. One month later, Samson went on a hunt with 12 of his pack members in search of food and water. And at this time, everyone was asleep...

Samson's mate Helen couldn't help but feel like she was being watched. So she used her abilities to grab the intruder with her hair and used her eyes to identify the person. She was surprised when she sensed that the intruder was just a pink rabbit, but the unusual thing about the rabbit was that it had the same powers she had. She could even mind linking the rabbit, which was not only odd but impossible, it was said that only mates could mind linking each other... As Helen turned on her side, the pink rabbit spoke up bravely.

"Don't be afraid Helen, I was sent by The Protector pack. I came to help protect you, but you must tell no one about me. It will only ruin the mission and the pack members will think your going crazy. You must tell your daughter about me when she is 17 years old, and if you can't, create something for her to know and the rest will fall into place. Oh, and before I forget my name is Tinker Chell, but you can call me Tink," Tinker Chell said with a cheeky smile.

"And how would I know you're not lying or if you're a traitor," Helen questioned Tinker through a mind link, as she laid back down on her warm bed.

"You can read my thoughts and you can tell whether I am lying or not, so I don't have to answer the question you already know the answer to, oh my apologizes, Shenell I got so carried away I forgot about you for a second their, cute wolf," Tinker said with a laugh.

"We can trust her Len, and she seems nice but if you don't like her I can always take control to remember," Shenell's mind linked to Helen in excitement.

"I'll only be friends with her if you stop making her read my thoughts, remember we have a gift for blocking people from reading our thoughts right Shen? You know to protect us from traitors and stuff," Helen's mind linked back to her wolf saying in Chinese.

"I might not understand your language Helen, but I know you're talking about me but don't sweat it I'm just here to help you and your weak pack members. We will talk more in the morning, oh and don't worry no one will be seeing or hearing me speak but you and your wolf because I can go invisible when I want to, am taking room under your bed," Tinker Chell giggled before she rolled under Helen's bed.

"It's time to go to bed now Amanda, remember you have training tomorrow," Izabel said with her eyebrows raised.

"Yes I remember, I hope the Star pack Leader makes good decisions rather than end up making reckless decisions that may put his pack member's life at risk. But if you asked me, I think Samson has something up his sleeves, why couldn't he wait until the sun came up to hunt for food and water? And he's out hunting after he found his mate. You surely did a good job in picking this story Iza, it's quite interesting and I can't wait to hear more," Amanda said with a bright smile before yawning and dropping asleep.