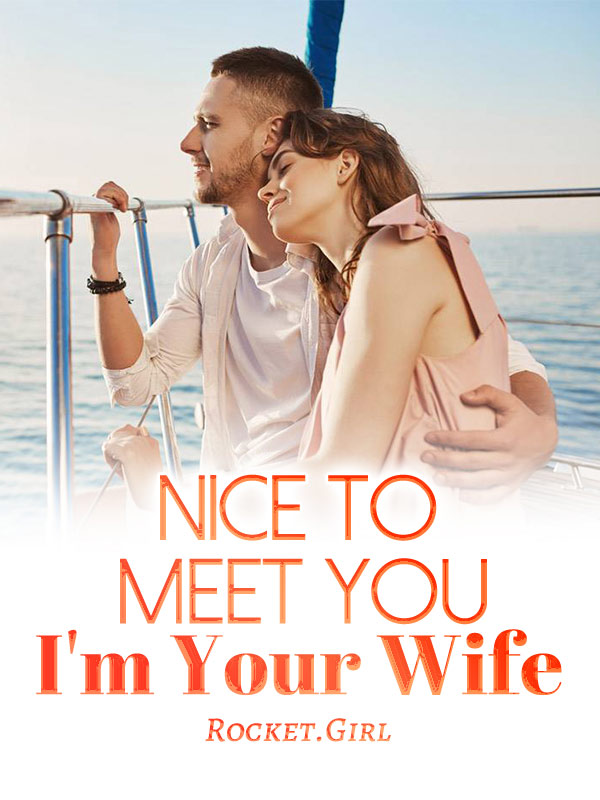 Nice To Meet You, I'm Your Wife

At the night before her wedding, her fiance had an affair with her best friend in the bathroom.At the door of Register¬†Office, her fiance didn't show up and left her alone.Happened to met a man with similar experiences, she took the initiative to come over, "Mr. Grant, if you can't find a bride for the time being, why don't you think about me?"He readily agreed. Two familiar strangers would be bound together since then.She had no love for him, and the original intention of marrying him was only to revenge to her fiance.But both of them didn't expect that love came too fast, just like a Tornado.

Chapter 1 I Can Do You a Favour

It was 10 o'clock at night when Janae Frost dragged her tired body back to her apartment in a drunken state.

She was getting married the next day, so she'd invited a few friends to hold a hen night. Over the course, she had drunk a little too much and now her head was dizzy.

Janae collapsed on the couch and closed her eyes to rest. However, she could vaguely hear a strange noise coming from the bathroom. It sounded like the rapid breathing of a man and a woman. Curious, she groped her way over and leaned against the wall. Then, a woman's excited voice suddenly rang out.

The obscene sound of flesh slapping against flesh pierced Janae's eardrums, but soon it came to an abrupt end. At that moment, the blood in her veins seemed to have frozen, and all she could hear was the man's heavy breathing.

"Keep quiet, or you will wake Janae up. Quickly put on your clothes and I'll send you home," he whispered in a hoarse voice.

"What, are you afraid that she will find out about us? Don't worry, she's drunk... You will be marrying her tomorrow, so just satisfy me for tonight!"

After that, Ashlynn Hancock leaned forward and kissed the man, glancing at the hazy figure behind the bathroom door out of the corners of her eyes. Her lips curled into a sneer as she thought, "Janae, you should know to give up already. Now, the child I'm carrying can finally have a legitimate identity!"

Outside the bathroom, Janae struggled to hold back her tears and staggered two steps back. With all her strength, she managed to hold onto the wall and stand firm on her feet. Her hands dropped to her sides despondently and she clenched them, her face extremely pale.

For this man's sake, she had given up her title as the best actress and given it to Ashlynn.

Because of him, she had even devoted all the resources around her to support Ashlynn.

But it turned out that it was their plot against her!

In the bathroom, the wild intercourse continued. The noise gradually subsided only after a long time.

Janae quietly went back to the couch to lay down, trying hard to suppress the pain in her heart.

After a while, Ashlynn came out of the bathroom and left the apartment holding the man's arm.

Janae hid behind the curtains and watched as the two of them snuggled into a car. Her heart ached so much that it felt like it was about to break, and tears rolled down her cheeks uncontrollably.

Didn't he promise her that they would go to the registrar office to get their marriage certificate the next day? How was he planning to explain himself?

Thinking of this, Janae's heart was filled with sadness and mockery. For the rest of the night, she couldn't sleep at all as both pain and hatred overwhelmed her senses. The next morning, she drove to the registrar office as per their appointment despite what had happened. She wanted to know how Kolten Jacobson would treat her after last night.

It was the appointed time, yet Kolten was nowhere to be seen.

Janae waited in the corridor for another hour before finally receiving a phone call. "Janae, Ashlynn was injured when she was training the newcomers on your behalf. I have to go and handle the situation now. As for the marriage registration, let's do it another day!"

Janae's hand gripped the phone tightly and she hung up without a word. Ever since she'd discovered the truth last night, their marriage was a thing of the past. Another day? In his dreams!

Since Ashlynn was obviously more important to him than their years of relationship, she wished the pair of scums would live a long life together!

Janae turned around and was about to leave when she noticed that a luxury car had stopped not far from the entrance. A tall man got out of the car. As he walked over, he took off his sunglasses and everything in the world seemed to be eclipsed at that instant.

An incredible sense of mysterious oppression radiated off him, making those around shudder.

Immediately, Janae recalled that she had once met him at a brand event. He was the president of Flower Entertainment, Freddie Grant.

After two years, his aura was still the same as before. His tailored suit made him look tall and slender, while his entire being exuded a sense of alienation.

"Mr. Grant, we still can't get in touch with Ms. Henson... Should we send someone to pick her up?" Freddie's assistant asked in a low voice.

"No need. I won't wait for a woman who doesn't even show up on time to get married." As soon as he finished his words, his face darkened, and his furrowed eyebrows were full of coldness.

"But the chairman said that you must get married today, otherwise..." The assistant added in a softer voice.

Without hesitation, he ordered indifferently, "I'll give you 20 minutes. Bring me any socialite."

Janae's eyes flickered. Freddie wanted to find a random woman to marry, while she had to find a man she could rely on in the face of her fiance's betrayal. No matter what it took, she had to get back at Kolten!

She wanted Kolten to know that even without him, she could find an even more outstanding man. She wanted to make him regret it!

With this thought in mind, Janae quickly walked up to Freddie.

"Mr. Grant, if you can't find the bride for the time being, why don't you consider me? Let me introduce myself. I'm Janae Frost."

Time froze and stillness filled the air. Freddie could not help but frown, his gaze falling on the slender figure in front of him.