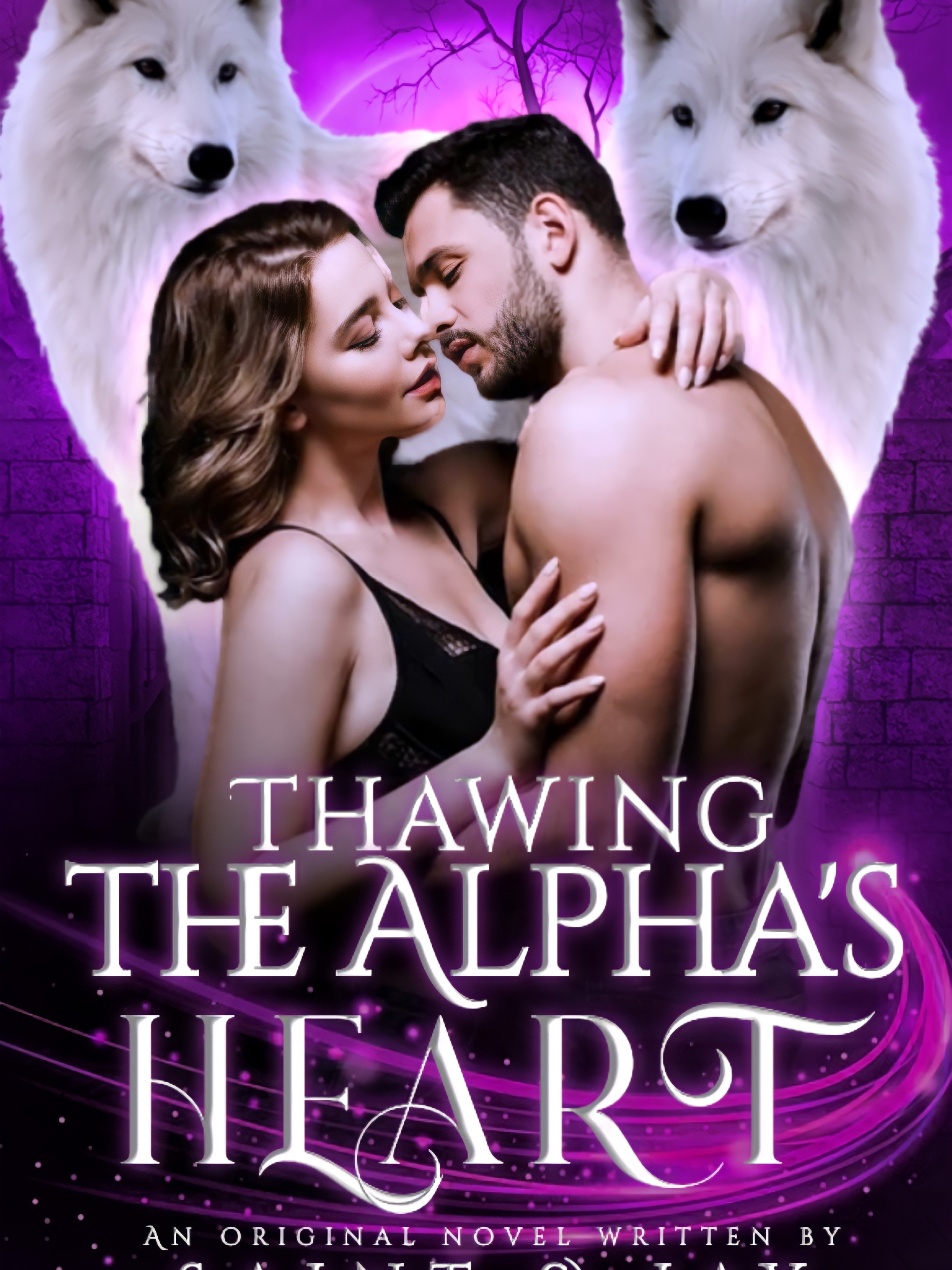 The Alaskan forest has a pack of five powerful wolves tasked with keeping the balance between the harsh Northern environment and the safety of its creatures. Barrigan, their leader is vicious in his devotion to his charge but his pack wants a life of luxury which forces them to kill him unleashing the power of the core stone granting their wish and bringing a step closer to the release of the mythical dark entity, Chukai. A feisty girl called "Alcina" and her secretive nana find him barely alive and nurse him. An unexpected love story brews between Barrigan and Alcina but the battle has just begun in the North. Will love triumph over the dark entity whose only goal is the end of all things?

"Be careful where you step, Alcina. The forest floors can be quite treacherous in the snow."

There are a few things she's grateful in life for, and her grandma is one of them. It's just been two of them since she was a kid, and there was nothing she wouldn't do for her "Nana," as she learned to call her since she was a child.

"Anyone listening would think I was the one without sight, "says Alcina as she fondly throws her right arm around Nana Avara's shoulders.

The older woman lovingly returns her granddaughter's side hug; she was a beautiful spark in her life. Her fiery little wolf.

They walk companionably beside each other. Alcina's waist-length and lustrous hair are in a dark violet shade that contrasts sharply with Nana's white, feathery, and short ones.

The supple and slight curvy body of the 21-year-old young woman moves vibrantly through the forest, the ends of her dress flirting with the dirt on the forest floor. She is quick on her feet, and her beautiful big black eyes are alert as she watches her Nana cross a slippery plane.

"Hold on to my arm, Nana…it'd be easier for you to cross that way. There are lots of berries on this side too."

But Nana knocks off Alcina's offered hand with the end of her walking cane while she firmly crosses the slope and rejoins Alcina.

"Stubborn old goat," laughs Alcina. And Nana smiles at her but allows her to guide her for the rest of the way.

They pick the berries on that part, with Alcina eating off the juicer ones she couldn't hold off her temptation for. The blueberries offer up all their juices unto her tongue, where she tastes their sweet tartness as she crushes them in her mouth. She flicks her tongue across her lips, licking the escaped juices there.

"Would the ones we picked already be enough?"

"Uh–" Alcina looks into the basket she has balanced on a low branch on one of the birch trees.

"Nevermind, let's pick a little more. We can convert the berries leftover after making the soup into jams or purees."

Alcina's small cute face that is always spotting a stern scowl softens into a smile as she hears her grandma. Nana can be quite the homemaker when she wants to be.

It is she who taught Alcina how to cook and clean. Although Alcina would instead learn other things, such as fighting like the wolves on patrol, her devotion to Nana is stronger, so she listens to her.

Nana skillfully picks the berries based on former experience and muscle memory. She's about to pick the last one and prepare to start heading back to the cottage with Alcina when her little finger is caught by one of the thorns on the berries' flexible branches. She quickly put the hurt finger in her mouth, tasting the warm metallic blood there.

She's about to call out to Alcina when she smells it, that rusty blood smell. But this time, the blood scent isn't hers; it is coming off another creature. Man or beast, she isn't sure. She can feel its presence too because what she lost in sight, she makes up for it with the other senses of her body parts.

" What is it?" calls out Nana sharply.

Nana makes her way over in the direction of Alcina's voice, and when she gets there, she makes a request.

"Place my left palm against his chest."

Alcina does as she says.

But Nana doesn't feel any heartbeat, but something tells her the wounded stranger is alive. She moves her hands upwards, where she finds the neck of the stranger; she presses two fingers across his neck just underneath the jaw and feels for a pulse.

There! Her heart cried happily, a pulse. But it is faint, and if they don't do anything soon, such as getting the stranger out of the cold, then he might as well be dead like Alcina wrongly described him earlier.

"I know that look on your face, Nana. It better not be what I'm thinking."

"What do you mean?" Asks Nana sweetly.

"I mean, we are not going to carry in a total stranger—" she looked at him; blood and dirt had matted his dark hair together, making it look like an unkempt dirty brown color; his face was hidden behind more dirt and bruises, his shirt had been torn up in the front and completely soaked in blood. He looked more like a beast than a man.

"—who is as ugly and big as an oaf into our cottage. What if he's a thief, and this is their latest ambush style? When we carry him into our home, he will murder us and rob us of all our valuables!"

"Get a grip, my petite princess. I have said you've always had too active an imagination, and you show it again now."

"For the love of the moon goddess, Nana. Let's leave this stranger behind and pretend we didn't see him."

But deep down, Alcina knows that Nana would disagree; she has always suspected that she got some of her stubbornness from Nana, who only chuckles at her outburst now.

"I think we can fashion some sort of sleigh with his fur coat. It would be a shame to damage it, but I'm sure he'd understand when he wakes", Nana tells Alcina.

"We can't leave him out here, Alcina…where are your kind and thoughtful nature hiding away today? You better call on them to come to you now."

Alcina reaches out and feels the fur coat; it is soft to touch and speaks of rank, wealth, and royalty. Maybe the ugly oaf had run into some evil people who robbed him in turn or something.

She cut up the ends of the fur with a pen knife she always wore with her leggings and tied up the loose endings around the left ankle of the stranger. She tugs on it, and it doesn't come off. She repeats the same process for his right ankle.

"The snow would work in our favor as we pull him along. Don't you think so, Nana?"

"I do. And that's my sweet girl right there."

But Alcina only gives a small pinched smile and scowls harder than ever.

Nana holds on to one end of the tied fur while she holds onto the other, and they both pull at the same time, dislodging the big stranger from his position and dragging him along with them.

They're lucky they're heading downhill; they must keep their stance and balance. The stranger even weighs heavier than he appears.

Alcina eyes Nana from her side view; the older woman is really laboring, her breath is coming out in quick little puffs, and for a minute, Alcina wonders what she would do should her Nana collapse on her too out of physical exhaustion. But she's the one who wanted this. Left for Alcina, she'd left the stranger behind, happily swinging her basket and eating off berries while she walked back to their cottage with Nana in tow. But no, Nana had blackmailed her emotionally by calling on the good and kind part of her to come to the surface and help out.

She grits her teeth as she pulls harder, trying to take most of the weight off her granny's shoulders. She still wants her alive and well even though she can be a pain in the ass in times like now.

The stranger's hands trailed in the snow, and if you think about it, he looks like he's playing snow angels. Maybe she should have bound his hands together and put them between his lap.

Well, it is too late now. He'd have to wait till they get back to the cottage, and if his hands would need to be cut off due to frostbite, then that should serve him just right for getting his ass injured and left out in the cold for her and her grandma to find.

Nana slants a sideways look at her granddaughter. Her beautiful face is all scrunched up in concentration as she pulls on the makeshift sleigh. A cold sweat has broken out on her forehead, plastering some of her bangs to it. She blows the hair out of her eyes with a puff of her breath as it comes in quick succession so she can see her way better.

She would probably hate her now in her mind for insisting they carry this stranger back to their cottage.