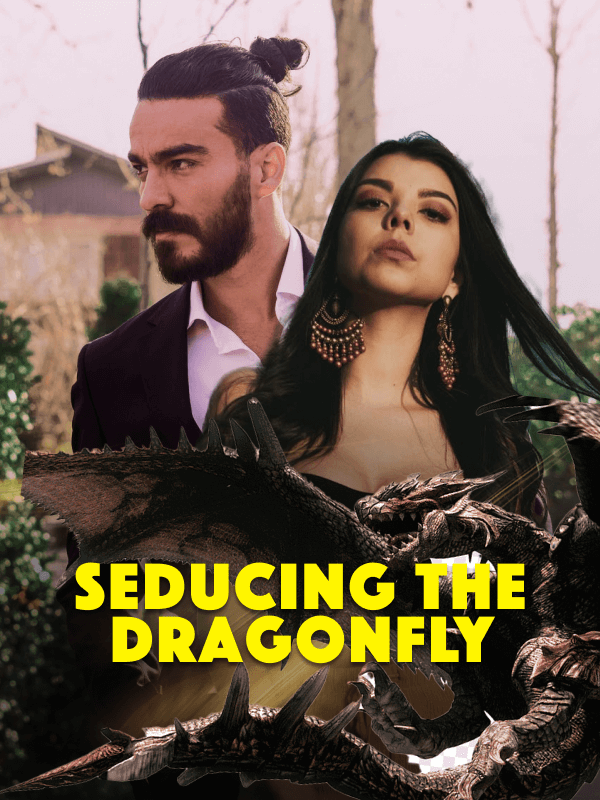 Is it too late to win his dragonfly’s heart? Returning home to the Oregon town of Graciella after twelve years away, international real-estate guru Turner Brockman intends to make amends for having disappeared, then vanish again. He didn’t reckon on meeting a figure from the past he tried to escape—beautiful Lily Moreno, now all grown up and the independent, creative owner of Dragonfly Design & Construction. Lily never expected to see Turner again and she’s determined to hide the love she’s felt for him since she was a girl, when he crushed her heart and killed her trust in men. Creating and owning the top construction company on the West Coast and being there for her friends and family are Lily’s only desires now. Except…there’s an intense chemistry between her and Turner, one she gives in to, only to harden her heart after every encounter. Welcomed back into the beauty of Graciella and the family farm with loving, open arms, Turner falls quickly for Lily, but faces his greatest challenge yet—seducing Lily into trusting him completely. Will his intense love, patience and good old-fashioned wooing be enough to capture his dragonfly’s heart?

“We have five acquisitions in the works, including the two connecting properties in Bergmannkeiz. Those are going to be an albatross around our necks, or, preferably, like spinning thread into gold. Things are changing rapidly. We need to stay ahead of our competition and the trends. That’s why we’re successful. But we won’t be if we keep slacking off. Gabe, make sure you’re ready for our Frankfurt trip. Focus your research on demographic shifts and traffic patterns. I shouldn’t have to tell you how to do your job.” Turner barely looked at his staff as he gave them orders.

Nine a.m. and it feels like midnight. Routine Monday morning meeting and he could barely think straight. His agenda blurred in front of him.

“I need the financial analysis on the five acquisitions finished and on my desk at the end of the day. Rebecca, you’re on Bergmannkeiz. I don’t want your thoughts on the long-term profit strategy. I need data.”

“The end of the day, sir? The entire analysis?”

Turner shot his eyes toward his best financial planner. “This is the second extension I’ve given you.” His temper shot like sparks through an electrical wire, angry, uncontrollable. Shit, he was tired. “Miss Graves, more coffee. Please,” he yelled through the open door of his office. Not sleeping for several weeks was dragging him through the mud. Fucking nightmares of Brockman Farms. His own fucking albatross.

“Right, Mr. Brockman. You do remember we’ve been waiting for the tax assessment?” He did know that. Meeting Miss Graves halfway across the room, he took the mug she offered and faced the city.

From his wall of windows on the twenty-sixth floor of the Sony Center Office Tower in Berlin, Turner could see the red brick Kollhoff Tower and the city beyond. New Berlin, they called it, much of Potsdamer Platz having been rebuilt after the fall of the Berlin Wall. It was a modern city dominated by steel and glass, boasting four-star restaurants, world-class shopping, glitzy hotels and apartments.

With his keen sense of planning, design and eye for location, Turner had worked with the top architects and business developers to polish Berlin’s shiny new look. This job provided him with an office at the top, more money than he knew what to do with and a sense of power.

No matter how far he got, how hard he tried, he could never purge the small town of Graciella, Oregon, from his mind. He’d been all over the world searching for control, and he’d found it, commanded it, buried his memories in it, because he’d been powerless in the one place it mattered, against his father. Now he felt the frayed edges of his conscience coming undone. For Christ’s sake, he was yelling at his team. And his team was amazing. They could do his job for him.

Turner had no intention of ever seeing Brockman Farms again, even now, with his father dead and buried months ago. Unfortunately, he’d been plagued by insomnia, a bastard of a headache and memories of Graciella every night for the past three weeks. Memories he would have sworn he’d annihilated.

“What?” he snapped at his secretary before he could rein in his emotions. He rubbed his temples and forced a calmness he didn’t feel into his tone. “I’m sorry, Miss Graves, what did you need?”

“Mr. Klein would like to see you in his office. Now, sir.”

“Right.” He followed her out and strode down the hall to the office of Hans Klein, his boss and CEO of Klein Development Strategies.

“Ah, Turner. Have a seat,” Hans said. An imposing man in his late fifties, at six feet tall, two hundred pounds and with silver hair, it was the sly gleam in his eyes that had people snapping to attention in his presence. Hans was known internationally for being one of the top business developers, shrewd and cunning with his eye on absolute success and profit. Turner was one of the few who knew there was a softer side to the man, that he enjoyed playing with his grandchildren more than designing stunning office towers, for instance. In turn, Hans was one of a handful of people Turner trusted.

Hans’ smile warmed. “Lovely as ever. We’re going sailing this weekend. She asked if you’d join us. I told her you wouldn’t be available.”

“I’d love to…what? We don’t start work on the new residential development until Monday. Do you need me in Frankfurt early?”

Hans sat on the edge of his desk, facing Turner. “You’re not going to Frankfurt. You’re going home to Oregon.”

Uncrossing his legs and standing gave Turner the few seconds he needed to maintain a sense of calm. But he barely controlled the anger and confusion in the glare he tossed at Hans.

“Oh, don’t pull that warrior bullshit with me, Turner,” Hans said. “I know you’re stronger than me. There’s no denying you’re younger. And those ruthless looks might get you far in business dealings, but you can’t intimidate me. I know you too well.”

“Care to tell me what this is about?” Turner said.

“I know your father died.”

Jolted, Turner said, “How? I’ve never spoken of my family. No one knows who my father is.”

“I’m not an idiot, son. T.D. Brockman was well known in the international business world. The infamous ‘soulless’ Brockman brought down in an instant by a heart attack. I can only imagine what your childhood was like. I see how detached you are. Not getting close to anyone. Melanie and I feel lucky you’ve shared what you have with us over the years.”

“You’ve been good to me,” Turner began, struggling to find his words. “But I can’t go back. Not now. I don’t know if I ever can.”

“You will. Even if only to blast through the ghosts and get on with your life. It’s obvious you’re not sleeping. You’re being an asshole to your staff. And if you snap at your secretary one more time, she’s liable to quit. Face the past, Turner. It will eat away at you if you don’t. You’ll find your e-ticket in your email.”

“You’re my boss, not my father,” Turner said, the steel in his voice matching his eyes. One last attempt to deflect.

“I’m your friend, you idiot. And I care about you.”

One sentence was all it took to deflate Turner’s temper. Hans was one of the only friends Turner had. He ran his hands through his hair and sighed. God, he felt fifty pounds heavier. It was a struggle to stay awake at his desk. Even work couldn’t keep the memories at bay.

“I don’t know if I can.” Deep inside, a coil of fear tightened in his chest, but that was something he wouldn’t admit to anyone. He’d spent years putting distance between himself and Graciella, between himself and the people he loved. Every step he’d climbed had been with the intention of banishing his past. All of it. Including the bond with his brothers and the love for his mother, because he’d let them all down. Because the truth was, even though he’d finally grown to hate T.D., as a child he’d craved the man’s approval, wanted to be just like him. How sick was that? It wasn’t only memories of T.D. he ran from, it was his own shame in loving his father. He’d loved a tyrant, longed for his love in return. How could he ever reconcile that?

“You can and you will. Your flight leaves tonight at seven.” Hans busied himself with his papers. “Your job will be here when you return. Now I’m late for a meeting.” He smiled and strode out of the office. Even with the friendship they’d formed over the years, Turner knew when Hans meant business.

Hell! Turner thought, closing his eyes to the memories trying to purge themselves from his gut. Fine. He’d go back to Graciella, confront his ghosts, try to apologize. Then move on to the next development deal up the ladder in his career. A career that had never disappointed him…at least where power and money were concerned.