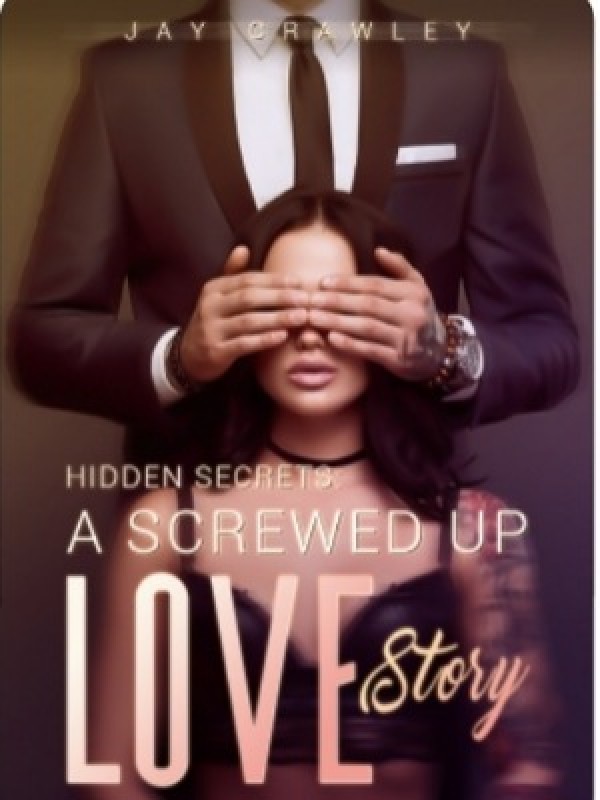 Fuck..I moan as my feverish skin makes me dizzy with lust. [Yes.] "Evet, Mila. You make me want to ravage you when I should be disgusted by the thought of even touching you." He mutters. "But I'm not. Instead, everything about you makes me mad with desire and I can not control it. God's, I tried to but I don't want to anymore." He removes his hand from the wall, wrapping his fingers around my jaw and he forces me to stare up at him. "You've already had a taste of me and one taste is all you get." I swallow loudly, throwing his words back at him.

"Don't breathe a fucking word!" He hisses harshly in my ear.

I swallow the panic that coaxes the back of my throat.

Fear forbids my body from moving, imprisoning me in its stillness.

I am aware of his presence, yet, I refuse to submit to him.

My terror-filled shouts are muffled by enormous hands that grip me tightly as he drags me flush against his torso. His tortuous fingers dig into the flesh of my neck, his fingertips bruising my skin.

As I struggle in his grasp, the sound of his sinister voice advises me to Shut The Fuck Up. I continue to thrash against him as my head collides with the wall I am forced upon.

"Don't scream. Don't even breathe a fucking word, Tesoro." (Treasure) He repeats as his rough lips brush against the shell of my ear.

His hot breath fans the exposed skin on the crook of my neck, sending a long line of chills down my spine.

He is close, almost too close for comfort and there was a time when I would have welcomed his proximity with open arms.

That was prior to his affiliation with the Esposito Family.

I watched him change throughout the months. He subjected my body to abuse and gradually deprived me of my independence.

He now scares the living daylights out of me. I encircle his forearm with my fingers, pleading with him not to hurt me. Knowing that my razor-sharp nails are piercing his skin.

When I look into his eyes, time seems to slow down and I wish for the ground to open up and swallow me whole.

"I'm sorry," I whimper. "I..I didn't mean to, Ace. I promise to keep my mouth shut next time." Tears slowly roll down my flushed cheeks as my bottom lip quivers.

"A volte rendi difficile amarti, Mila.!" (Sometimes you make it hard to love, Mila!) His voice is hushed and icy.

"You portray me as a fool in front of Trent. You are aware that the consequences will fall on you, not on me." As he turns his head and spits, his eyes fill with disdain.

Fear forces my eyes shut, blinding me from reality.

Thrusting me into our past when we first met.

He stood at one end of the cafeteria and me on the other. Our eyes only met for a fraction of a second.

A glimpse that made my heart skip a beat. The chatter and laughter of the students momentarily faded into the background as I continued to stare at him.

I felt his presence before I felt him touch me. His hands were rough, demanding and possessive. His lips crushed mine, they were hot, full of hunger as if he had been deprived of my touch.

The low sound of my soft moaning and heavy breathing rang loudly in my ears when his lips abandoned mine.

He gazed deeply into my eyes. "Sii mio, amore mio?" (Be mine, my love?) He whispered, making me weak in the knees.

He had induced feelings that were unfamiliar to me and he compelled me to follow him like a lost puppy.

A sharp pain at the base of my hair snaps me back to reality. I scream as he drags me throughout the mansion and throws me to the ground.

"Apologise!" I flinch as my eyes scan the room and he growls.

"I'm sorry." With a tinge of rage, the words escape my lips.

"Don't say it to me." His brows pinch together.

"Say it directly to the boss man." He shakes his head, sneering with disappointment.

I gradually rise from my fallen position and wipe my eyes with the back of my hand. I turn my head with a trembling breath and stare at Trent.

He sits at the head of the table alongside his capo (underboss) Enzo and Castello, his loyal cousin and consigliere.

Trent's face contorts into a sickeningly twisted smile as his eyes pierce mine.

"No." I whimper as I shake my head refusing to submit to the dark lord himself.

Am I sorry for stating my mind knowing that my opinion or presence was not required while they discussed bringing minors into the country and dumping them into the sex industry?

Should I have remained silent while serving them?

Do I intend to stand by what I said to them?

He stands from his chair and picks up the silencer-equipped gun, cocking it back and aiming it at me.

They assert that death produces the sensation of falling. You plummet to the depths of a bottomless, dark pit. Blind and unable to touch anything. Only the sinking sensation in the pit of your stomach and the rush of air around you alert you to the fact that the drop is very real and currently taking place.

At first, there is a dip in your stomach, a tingling sensation clinging to your body like a second layer of skin and then the adrenaline. The same mixture that causes you to scream or giggle in response to danger.

Something that is instinctively fearful.

Your body is simply sinking deeper and deeper into the abyss of blackness. You open your mouth to scream. But nothing comes out, reminding you that you are alone and that no one is coming to your rescue.

Castello rises from his seat, places his hand on Trent's forearm and lowers it towards the table.

His ocean baby blue eyes resting heavily on mine.

"Non ci sarà spargimento di sangue oggi." (There will be no bloodshed today.) He says in his mother tongue and I don't have a clue what he's just asserted.

I stare at them with eyes that are larger than saucers. My chest rises and falls vigorously as I can not will myself to look away. The fear of being shot in the back is too consuming.

Costellos' eyes shift from mine to Aces. "Portala in camera tua." (Take her to your room.)

His eyes narrow into thin slits as he glares at me. "Get up!" He demands and I slowly rise to my feet on trembling limbs.

His hand snakes around my arm, just above my elbow and he drags me out of the room into the entrance foyer.

I exhale with relief when his phone suddenly rings and with a loud sigh, he releases me. "Don't go anywhere." He growls as he turns away and presses the phone to his ear.

I watch as he rounds the corner with his back still facing me and I discreetly make my way over to the front door.

I unlock it and take off running.

My limbs burn with each stride I take, and the sound of my heels slamming into the concrete transmit a sharp clicking sound through the atmosphere. I clutch at my neck, my fingers wrapping around my throat as I urgently attempt to fill my lungs with the tainted air of dirty money, drugs, blood and unconsented sex.

The feral aroma embeds itself into the Mafia mansion, its repulsive scent lingering down the neighbourhood scaring families away from moving into the street.

I squeeze through a small opening in the massive iron fence designed for a palace, ripping my jacket and grazing my arm in the process. The pain lasts for a millisecond, solely because I'm running on pure adrenaline, it doesn't deter me; I round the corner and I risk it by looking back to see him close behind me.

I make an executive decision to enter the local bar knowing he will not follow me.