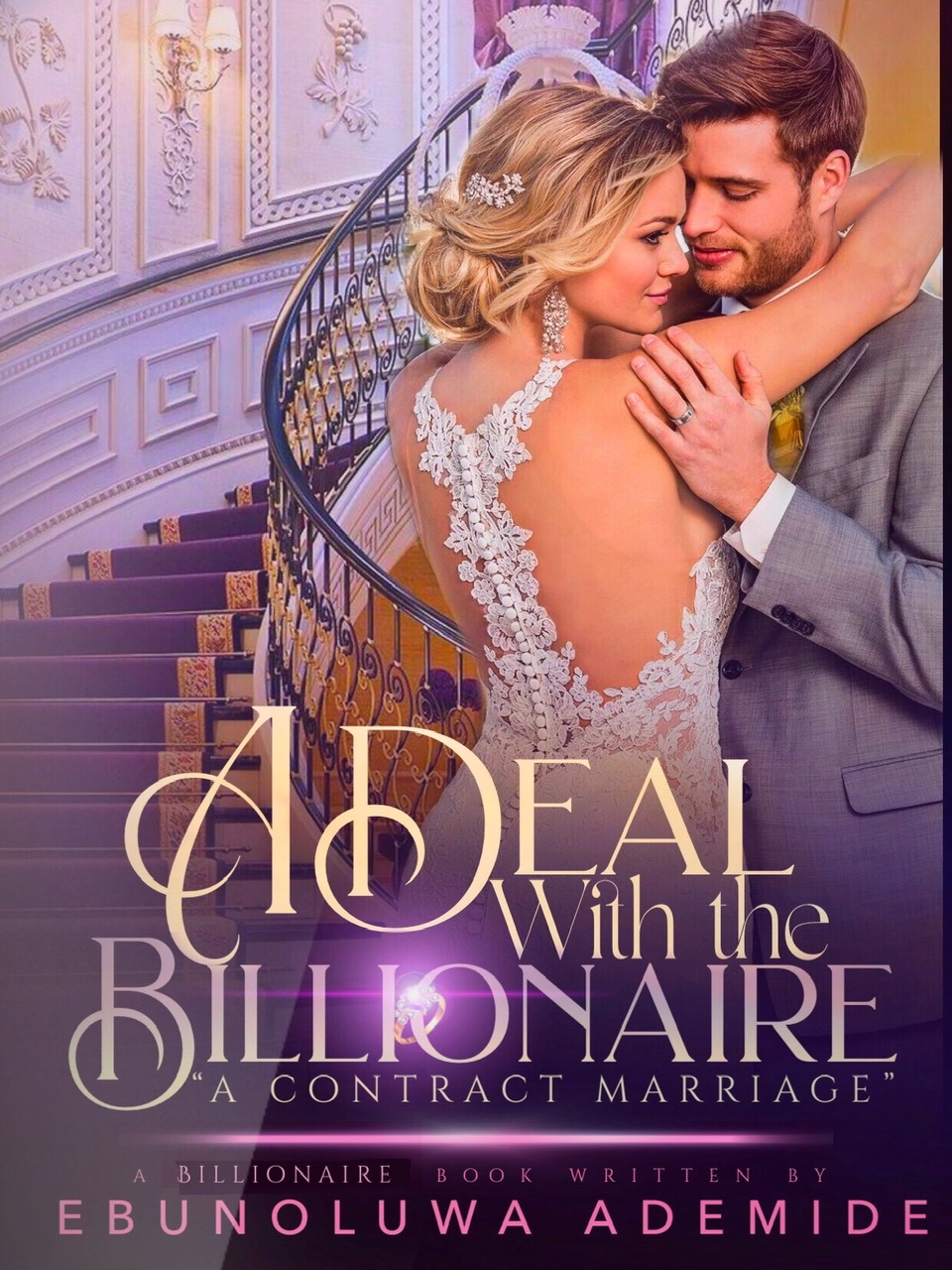 A Deal With The Billionaire

Can second chance ever have a chance? Christopher Crawford is the perfect combination of good looks and wealth. He is the rightful heir to Crawford Corporation but to claim his possession, he had to do one thing — Get married. It was easy, he had a girlfriend. The love of his life, so he thought. But she turned his proposal down thus crushing his soul. He vowed not to love again, but still needs to get married in order to get the company. Desperate and eager, he heeded an advise from a friend. A simple and easy contract marriage. Raven McKenna is a smart, hardworking, ambitious and kind single mother of one. She loves two people more than herself — her mother and seven years old son. She loves them and can go any extent for them. So what could a poor twenty six years old single mother offer to a thirty years old corporate heir? Raven has to get married to a stranger because she needed money. She sold herself to a rich heir to save her son’s life. She signed six months of her life to help him claim his possession. Raven never knew a deal with a billionaire would change her life forever. Can he bring himself to love her after being burned so badly by his ex girlfriend? Can a marriage based on contract ever survive or last forever? And what happens when they have to battle rivals from their past? Will their love become what is worth fighting for? Find out in this story about love, heartbreak, betrayal, misunderstandings and drama.

After a long night of love making filled with confessions of love and promises, Christopher and Jessica went to bed cuddling each other. At 3:00 a.m just few hours into their sleep, Jessica phone rang and she turned away from Christopher to reach out for the cellphone on the bedside drawer. An incoming call from Sir Antonio displayed on the screen of her cellphone.

Jessica got out of bed to answer the call, the sharp turns she made got Christopher half woken. It was strange for a lady to be called at that hour for work but it was surprising how Christopher wasn’t moved. He seemed unbothered that his girlfriend was being called that late by a man. It wasn’t the first time and it might also not stop anytime soon.

“Hello Jessica, sorry for calling you at this time of the night.” Mr Antonio apologized.

Jessica yawned. “It’s alright. You won’t be calling at the time if it isn’t important.” Jessica replied, trying to keep her voice low.

“I got some connections from an old friend. So I need you to be here as early as possible. We have to visit some local areas.” Mr Antonio said.

Jessica sensed the excitement in his tone as he briefed her about the new connections and ideas he got from an old friend who was once a governor in Illinois. And she listened attentively to his words.

Jessica Campbell, a tall, leggy and strikingly beautiful twenty five years old woman. She happens to be the campaign manager of Mr Antonio.

Mr Antonio Sanchez, a one time Senator declared his aspiration to become the next governor of Idaho. Although faced with strong oppositions one of which is the present governor of Idaho who intends to run for a second term in office. But Antonio knew his chances were not so limited because he is one of the most popular and loved senator in Idaho.

Still yet, a lot needs to be put to work to kick out an incumbent governor. This comes with the cost of Jessica’s availability at all times, receiving calls at early hours of the day and late nights and also traveling around several cities in Idaho.

“I have a strong feeling these ideas would help me win the position and the people will love me more.” Mr Antonio ended.

Jessica heaved a sigh, everything he had said wasn’t so bad at all.

“I want you here at least by noon.” Mr Antonio added.

“Alright sir.” Jessica answered before hanging up the call. She glanced back at Christopher who was soundly sleep. She set the alarm to 6:00 a.m and hurried back to the bed into the arms of her lover.

Time clicked by quickly and Jessica was the first to rise to the beauty of dawn. She leaned down to place a kiss on her boyfriend’s cheeks to wake him up.

“Hey love, wake up. It’s morning.” She mouthed and he stirred in his sleep at the sound of her voice.

The handsome looking Christopher opened his eyes slowly, yawned as he met his girlfriend’s gaze. He found out that she was all dressed causing him to sit up on the bed abruptly.

“Babe, where are you going?” Christopher rubbed his sleepy eyes.

Jessica sat down at the edge of the bed. “Mr Antonio called me few hours ago so I have to head back to Idaho.” She answered.

“No..no..babe, you are not going back to Idaho. You just got here about two days ago after being away for close two months and now you are leaving again.” Christopher arched his eyebrows and scrunched up his face.

“Listen love, I know...” she paused to study his expression. He wasn’t happy. “I know I planned to stay for a week but you need to understand that my boss needs me and -“

Christopher interrupted her. “I need you too, Jess.”

“I am sorry. But I promised that I’ll be with you soon.” She leaned in and kissed his lips.

Christopher made an attempt to deepen the kiss but his girlfriend pulled away from him. “I have to go now.” Jessica threw kisses all over his face while he grumbled. “Take care of yourself. And always remember that I love you so much.”

There was nothing he could do or say to stop her from going to Idaho.

“I love you too. Give me a call when you reach Idaho.” Christopher forced a smile on his face.

Jessica stood up from the bed. “Bye.” She grabbed her handbag and then exited the room.

Christopher sighed. He hopped out of bed to prepare for work.