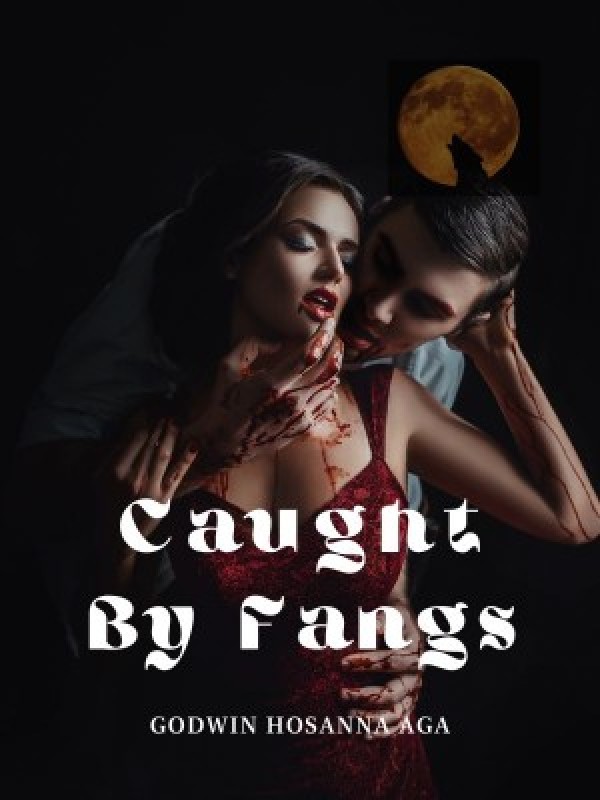 The devil's nudes?!What would you do if the devil was after you for his nudes? Diana Morgan is a counselor with the power to soothe anyone. Her voice is required so much for the survival of people. After disrupting a ritual, she stumbles on a boy in the woods and finds out that he is not only a 23-year-old alpha but also her mate. She finds out a secret about herself and why she has the ability to other enchanting people, while she's on the run from the devil's best friend, Dracula."

It was a dark and chilly night in Sannaville and Maris was asleep, enjoying the cold breeze that caressed her skin from her wide open windows.

As if summoned by some unknown forces, her eyes snapped open and she sat up like a dead man with red wavy hair falling down her back. Without blinking, she kicked off her blue Hermes duvet and got to her feet.

There the disembodied sound was, it sounded like chimes and many women singing 'ah' in one key. It called her and her feet moved on their own accord as if she had no control over them. Actually, she didn't because she was somewhat asleep.

Maris tried to move, but the window was in her way. She climbed up the window and the breeze blew her hair in different directions.

She jumped down barefooted, but couldn't feel anything because she was hypnotized by whatever had the voices in her head.

"Forest... Forest child..." Many voices chanted in her head, bewitching her even more.

She walked straight without moving a muscle in her face and got lost in the evergreen forest with tall scary trees. Birds flew from one tree to the other and the place was only illuminated by the ever shining full moon.

Maris walked deeper into the forest in her hello Kitty blue pajamas, numb to the sticks she had trampled on.

"To the left our child," A voice uttered and the other voices argued with her loud and angry.

"Not left, that'll be too long." A calm and quiet voice objected. "Right, child."

Maris took a step forward to the right, but got confused once again by the voices having an argument in her head.

"Fine!" A different voice yelled, a voice that sounded like that of a whistle. "She can take the right."

Maris took the right and stopped again when she had to wait for the voices to say left or right.

"Right." They sang in one tone.

Just as Maris was about to take the right, the smoke from a burning bush rode the air into her nose. She coughed and was suddenly distracted. With her nose high, she followed the smoke of the bush that was ablaze.

"No, you dumb child!" The voices chanted angrily. "Follow the right!"

Maris' subconscious state or should I say hypnotized state didn't heed to the warnings. She went deeper into forest, following the flames and howling of wolves.

The owls hooted and turned their heads in three sixty as she walked passed them. Their eyes opened and closed weirdly with more hooting.

"It's your fault, if you hadn't told the child to follow the right she wouldn't have perceived the smoke." A voice argued.

They continued with their arguments and insults until they had face palmed and agreed for fate to take it's cause.

Instantly, Maris' leg got stuck in a hole and she wiggled like a zombie, trying to free herself from the clutches of the hole–but it was an epic fail. The hole widened and sucked her in.

She rolled down the hole and banged her head on a tree. Pain spider webbed her entire head and shot down her ears.

"Wake up, Maris." She slapped herself harder and it stung.

The moment she realized it was real, her heart skipped a beat and beads of sweat formed on her forehead, but was instantly dried off by the harsh wind. It huffed and puffed at her, dust making it's way into her eyes.

She rubbed her eyes with the back of her palm and blinked rapidly before getting to her feet. There was a bush ablaze and she followed the light.

Her eyes widened and her jaw slacked when she beheld the disturbing images of naked men. Quickly, she hid behind a tree and felt the pain of the thing she had trampled on.

Taking a peek from behind the tree, they stood in a circle and chanted all sort of things. There was something in their middle, but it was very hard to see. Was that a human on the floor?

Abruptly, a black hole opened and a very handsome man with a chiseled jaw jumped out of the hole. His chest was broad and his stomach, adorned with abs. His lips were full and pink and she resisted the urge to look below his waist.

"Ilam, illam, we use thee as the entity!" They all raised their hands to the sky.

Instantly, something evaporated from the ground in form of smoke and formed a small cloud just a meter above their heads.

"Sweet." Maris muttered, pulling out her phone and tapping on the camera icon.

She tapped on the middle button, trying to be quiet, but the loud sound and flashlight of her phone made her presence which was once oblivious, known to the men.

"Shit!" She cursed and dug her phone into her pajamas pocket.

Their heads snapped to her direction and she hid behind the tree.

"Who was that?" The man who jumped out of the hole asked, voice harsh and tight, but raspy and drip worthy. "Isn't this supposed to be a sacred place?"

"Who dares to enter the sacred forest of azelbub?!" Another man roared, voice sounding like thunder.

Hastily, Maris turned on her heels and pivoted from behind the tree. Heart threatening to burst out of her rib cage. Her grey eyes widened with a pulse that could be heard by the men. Just as she was running, the smoke rushed into her nostrils and she sneezed.

With ragged breathing, Maris ran with a thumping heart as so many thoughts whirled in her head.

"Wake up if it's a dream." She cried, clueless about the routes she was taking.

Suddenly, something huge and hairy grabbed her from no where and shoved her into a tight space. This time, her heart had already leaped out of her throat.

Just when she was about to scream, the warm hands of a boy with hair as black as ebony clasped her mouth and held an index finger to his mouth.

"Ssh." He hushed her and she nodded, basking in the beauty of his piercing blue eyes.