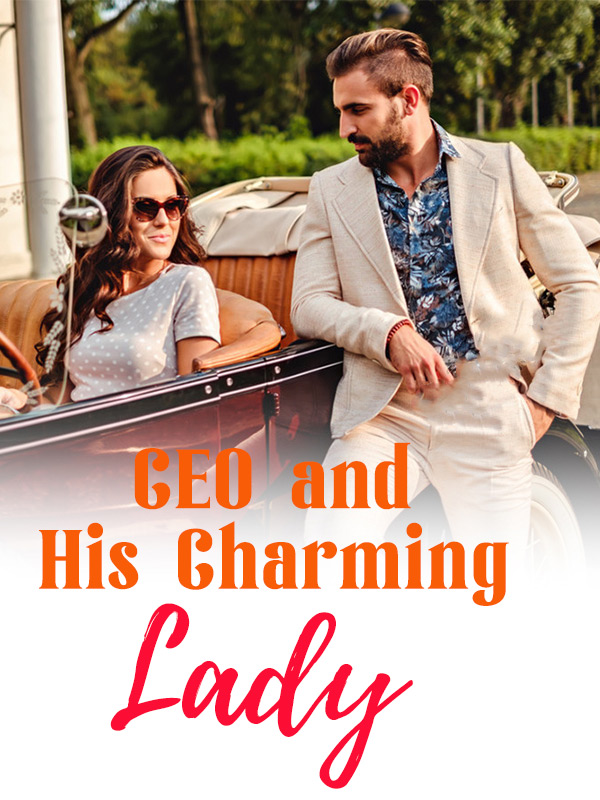 CEO and His Charming Lady

Rumour has said it that Mr.Saunders' fiancee was grown up in country, who was ugly and stupid. So everyone was shocked when they saw her at the banquet."She's not ugly at all!""I heard that the best actor this year is her younger brother!""Her father is the richest man in the world!""She is that mysterious designer of Loe!"Everyone was shocked by her background. But so what? Cody Saunders didn't love her anyway.On that very day, the Saunders Group's official Twitter posted:"Mr. Saunders and Miss Henderson are on good terms. They are about to get married."Everyone: "..." !!!

Chapter 1: Arriving at the Saunders Family

At the bullet train station of City A.

A woman in a white T-shirt and denim jeans came out with a suitcase in hand.

She attracted everyone's attention immediately even though she had no makeup on. She had wavy hair, a well-defined nose, and pouty lips. Her eyes were almond-shaped and shone as brightly as stars.

"Hello, are you Ms. Henderson? I'm the chauffeur of the Saunders family."

Nodding her head, Laura Henderson followed the driver and got into the car breezily. She appeared tired after a long journey.

The car left the station. On the way, the chauffeur stole a glance at the rearview mirror. The woman in the backseat had her eyes closed.

This was Mr. Saunders's fiancée.

Who was Cody Saunders? At 21 years old, he was the president of the Saunders family. He was known for being decisive and shrewd. He was also well-known in the business circle.

Surprisingly, Stanley Saunders, his grandfather had agreed to an arranged marriage for Cody many years ago. However, Cody's fiancée was Laura Henderson, who did not have any background. She was so poor that she had to ride a train from the countryside to the city.

The chauffeur stared at Laura's innocent face and could not help but sigh. It would be difficult for Cinderella to marry into a noble family!

At this time, Laura, who was in the back seat, slowly opened her eyes. She looked at the unfamiliar surroundings outside of the window calmly.

Soon, the car arrived at the Saunders family's house. The chauffeur got out and carried Laura's luggage.

As soon as Laura entered the door to the house, she was stopped by a noble lady. The lady stood at the door casually, sizing Laura up with disdain.

Holding a spray bottle of disinfectant in her hand, Aunt Annalee sprayed the solution all over Laura's body.

Laura was choked by the pungent smell. She covered her nose with her hand and said in a cold voice, "What's wrong with both of you?"

"As expected, you're a bumpkin from the countryside. Don't you know how to greet your elders politely? What a rude kid! We're worried that you could be bringing disease or bacteria from somewhere else. What if you had contracted and spread the disease to our family?"

If she had her way, Laura would have already lost her temper and left, but there was nothing she could do.

"In that case, you should also disinfect your mouth. Your mouth needs to be washed out with soap."

After saying that, she strode into the house.

"You..." Mrs. Saunders pointed a finger at Laura's back in anger. Aunt Annalee quickly came forward to comfort her.

After Laura walked in, she saw another woman who seemed like she was around her age. That woman was decked from head to toe in branded goods. Similarly, she also looked at Laura with contempt.

"So, you are my cousin's fiancée, Laura?"  Looking at Laura's attire, Amiyah Saunders gave her a contemptuous look. "Tsk, Grandfather is getting old. His vision must be deteriorating. You should have informed us earlier if you were coming by train. The Saunders family could have gotten you a plane ticket. However, there is no airport in the countryside, right?"

Laura stared at Amiyah as if she was an idiot.

Were the Saunders family this haughty?

True, there was no airport at her home. However, her grandfather had booked the whole bullet train for her to go to City A. She was the only passenger on the train.

If she wanted to, her grandfather would have sent her by private jet to City A.

Seeing Laura ignoring her, Amiyah followed her up the stairs indignantly.

"Where is my room?" Laura asked the servant following behind her.

Before the servant could answer, Amiyah walked up to Laura. "Here, this is your room."

Amiyah opened the door to the room. "You must have not lived in such a luxurious room before! You have to cherish your new life in the Saunders family. I'm Amiyah Saunders, Cody's younger cousin. You'd better learn to please me. Someday..."

Before Amiyah could finish her words, Laura entered the room and slammed the door with a bang. Amiyah was enraged at Laura's indifference to her words.

"How dare a country bumpkin like her be so arrogant? Grandfather must have been blind!"

The servant lowered her head and asked meekly, "Miss Amiyah, but this is Mr. Saunders's room!"

Amiyah stared at the closed door with disdain.

"Don't talk too much. Cody hates it when someone else touches his belongings. Later, just say that she insisted to have this room."