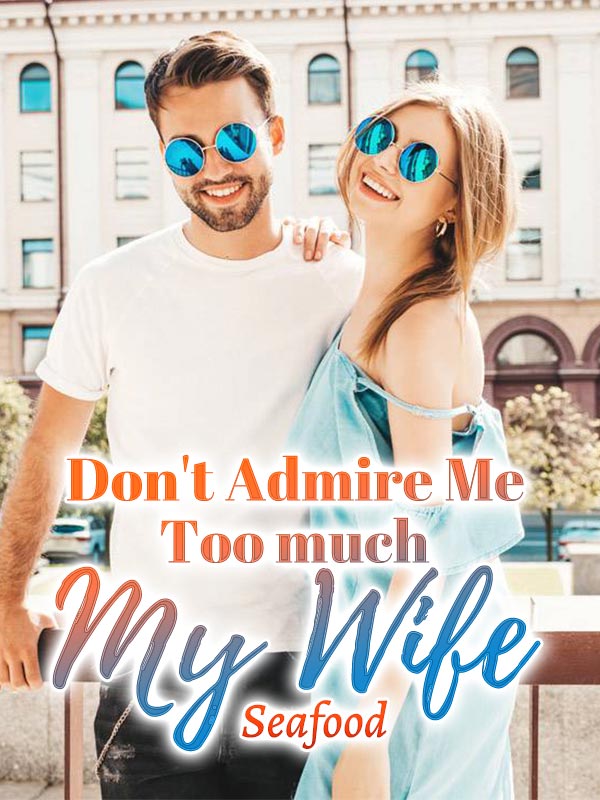 Don't Admire Me Too much, My Wife

In the hospital in the city, Aaron gradually woke up on bed. In a trance, he heard a nurse talking to a woman at the end of the bed. And the woman said that she was his wife, but he couldn't remember that at all...

In a hospital in New York, Aaron Bennett gradually woke up in a bed.

In a trance, he heard a nurse talking to a woman near his bed.

"Your husband is really lucky. He is mostly fine even after being lost at sea for so long."

"How is he now? Will he wake up? Will there be any long-term side effects?" the woman asked.

"We've run tests on him, he seemed to be fine. It's just that he might have suffered a head injury," the nurse said.

Hearing this, the woman hurriedly asked, "Will he lose his mental faculties? He's not very smart to begin with. If he becomes a bumbling fool, I would probably have to look after him for the rest of my life."

Hearing this, the nurse tried to stay out of family business and said, "You can see for yourself when he wakes up."

Right at that moment, Aaron slowly sat up. He felt sore all over and his brain was frazzled. When he tried to recall what had happened, he suddenly found that he was unable to remember anything.

"You're awake? So you are not dead yet? You must think you're f*cking brave, aren't you? You know how to run away from home now?" Seeing that Aaron was awake, the woman did not utter a word of concern. Instead, she crossed her arms over her chest and looked displeased.

Aaron looked up and saw that the woman was extremely beautiful. She was tall and her face was exquisite. He defied anyone to try and find any flaws in her. She was wearing business attire, with the wine-red blazer and pencil skirt. She had on black stockings and high heels. She looked stunning and was an all-around beauty.

"I think you are mistaken, I don't know you," Aaron replied casually. He was not in a good mood either. Although he had lost his memory, he was very sure that he was not married and did not have a wife.

"You don't know me? I paid for all your expenses and now you are telling me that you don't know me?" The woman snorted and laughed. "I was surprised that you had the guts to commit suicide, but now it seems that you are still as useless as ever."

"Why? Are you speechless?" Seeing that Aaron was silent, the woman thought that he had admitted defeat. She said, "If you are feeling fine, just come home with me right now. You still have a lot of things to do."

Aaron kept his mouth shut. He obediently changed his clothes and prepared to leave with this woman. He had lost his memories. He could not just go out into the world without any clues.

Seeing that Aaron was finally listening to her, the woman left to arrange for his discharge.

Aaron changed his clothes and sat in a daze in the ward. He was feeling bored when a few people rushed in with a hospital bed.

"My sweet daughter, you will get through this, Everything will be okay," A man in his forties said tearily.

"Doctor, the operation went well, right? Why doesn't my daughter look any better?" The man was lying to himself when he asked that. It was obvious that the little girl on the bed was dying.

"The operation went very well. We just have to keep her for further observation." The doctor sounded a little guilty when he spoke.

"What the f*ck are you observing?" Hearing the doctor's words, the child's father couldn't help but swore, "You good-for-nothings piece of sh*t! You are all going to pay if something happens to my daughter. Initially, you said it was just a cold. How could a cold become this serious? Why couldn't a hospital even treat a cold?"

Aaron looked over curiously. He saw a delicate-looking girl lying on the bed. She looked like she was only 15 or 16 years old. This was supposed to be the beginning of her life journey, but now it seemed like it was about to end.

"Sir, please go back to your own bed. You can't be here." A nurse noticed Aaron and immediately said.

Everyone looked at Aaron as the nurse warned him, but soon people looked away after seeing that he was just another patient.

Aaron ignored the nurse. He patted the little girl's father on the shoulder and said, "Sir, I can save your daughter."

Although he didn't remember anything, he was inexplicably confident that he could save this little girl.

"You?" The man turned to look at Aaron with a disbelief look on his face.

Aaron nodded and said, "You have no time to waste, your daughter is dying. In another twenty minutes, no one could save her except for God himself."

The middle-aged man hesitated for a moment, but the doctor interrupted, "Hey, sir, please don't cause any trouble here. There is a scientific way to treat patients and save people. Stop spewing nonsense or I will call the police."

Aaron didn't even dignify the doctor with a response. He just looked at the child's father. Only he had the final say on his daughter's fate.

The middle-aged man was eager to save his daughter. "How are you going to treat her? What's wrong with my daughter?"

Aaron replied, "There are toxins in her body and she is too young to expel it on her own. The toxins are hurting her internal organs. I can help her eliminate it by massage."

"I'll just massage her back. You can see the result in three minutes. If I don't do it, she won't be able to make it for another 20 minutes. With all due respect, I don't think you have any other options." Aaron said as he stretched.

"Do it then." The child's father decisively made a decision. "If you can save her, I will give you a villa! But if you couldn't, you won't be alive to see the sunrise tomorrow."

"That's fair." Aaron smiled and sat beside the girl's bed as he spoke.