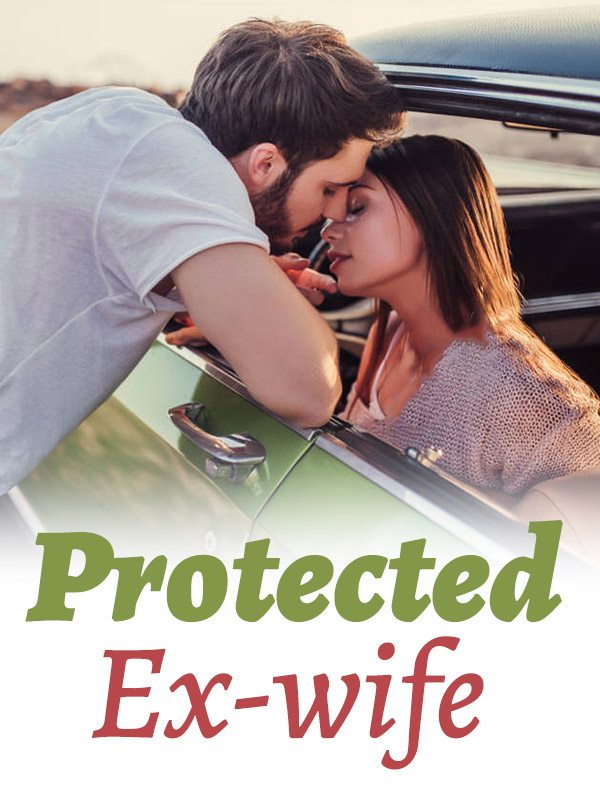 I'm pregnant! The woman said indifferently. Elsie Lawson was stunned. The woman continued, "It's my brother-in-law's.""Nonsense!"Elsie Lawson questioned. "I'm not talking nonsense. It's been three months!" The woman handed her a medical report. When she saw Charlie Gardner's signature on it, Elsie's mind went blank. At this moment, her world was destroyed.On this day, Charlie handed her a divorce paper and drove her out of their house.

"I'm not. I'm three months pregnant." While speaking, the woman handed Elsie a medical check-up document as proof. When the latter saw Charlie Gardner's signature on it, her mind went blank.

At this moment, her world was crumbling around her.

The other spoke again, but she could no longer make out the words coming out of her mouth; she was only aware of the rage within her.

"You shameless b*tch!" Slapping her across the face, Elsie roared at the top of her lungs, "You're just as shameless as your mother!"

"What are you doing?" Following another angry voice, her mother-in-law suddenly appeared at the door.

"Ask your son! He cheated on me with this wench and got her pregnant!" Elsie shouted out of control, "She's a b*tch!"

"How dare you shout at me?" Mrs. Gardner widened her eyes in disbelief.

Ignoring her, Elsie slapped the woman again. Upon receiving 2 blows at once, the latter stumbled backwards and fell to the floor.

The next second, blood oozed down her calves, shocking Mrs. Gardner.

Seeing how her painstaking efforts—her unborn grandson—was put in danger, Mrs. Gardner became furious at once. She rushed forward and slapped Elsie twice, yelling, "You vicious woman, are you trying to kill her baby? Even if you are unable to conceive, must you ruin other's happiness?"

Elsie felt a buzz in her head while her vision turned black. Losing her footing, she staggered backwards and collided against the sharp corner of the cabinet behind her.

Although it was painful, she held onto the cabinet to prevent herself from collapsing. Just then, the door was pushed open, and a voice sounded. "What's going on?"

"Charlie! You came back at the right time! Quick, send Kenia to the hospital! That wicked b*tch tried to murder my grandson! Hurry up!"

Charlie's indifferent gaze swept across the scene; when he saw the blood running down Kenia Heath's legs, his eyes abruptly narrowed. Hurriedly, he rushed over and picked her up from the floor before rushing out just as quickly.

Meanwhile, Elsie felt a burst of despair. The man hadn't even spared her a glance. Leaning against the cabinet, her body finally gave out and she slowly slipped down. Then, she felt a sticky liquid with her hand—blood.

The rain started to drizzle outside the window and the noise woke Elsie up from her dream. The bedroom was dark, and she subconsciously reached out to touch her side.

Then, she chuckled self-mockingly. Her smile stretched across her face, making her cheeks burn with pain; she was now fully awake.

Elsie slipped out of bed and walked to the window barefooted. Lifting the curtains, she spotted several cars entering the villa in the misty rain.

A bad feeling rose in her heart, but she was not sure yet.

A man opened the car door while holding out an umbrella with respect. After that, she saw a familiar figure stepping out of the Maybach.

For a moment, he stood in the yard and looked up at the window where Elsie was, as though he knew she would be right there.

Even with the distance between them, she could still feel the coldness in his eyes. Smiling, she slowly walked out of the bedroom in her pyjamas.

When the lights in the villa lit up, the face of a woman with dishevelled hair and a pallid complexion was reflected on the bright floor tiles; the awful appearance startled Elsie herself.

After that, she moved down the stairs. When she turned the corner, she saw that Charlie and another man had already taken their seats on the couch in the living room.

A strange smile appeared on the corner of her lips as she strode towards them. Seeing her walking over barefooted, Charlie's expressionless face finally showed a slight change, and even his grip on the couch tightened.

After she had sat down opposite him, the man next to him took out a document and pushed it over. "Madam, this is the divorce agreement Mr. Gardner told me to draft. Please take a look."

Picking up the document from the coffee table, she slowly opened it. The agreement was very short, and her eyes were fixed on the section compromising the agreement on the division of property. All the property belonged to Charlie, so she had no share of it.

For some reason, her eyes stung and thus she blinked them reflexively, her tears easing the pain. The lawyer spoke again in an indifferent voice, "Have you read through it? If yes, please sign it."

After saying that, he wasted no time handing her a pen. Elsie paused for a moment and glanced at Charlie; there was no expression on his face as he stared into space nonchalantly.

Then, she reached out to take the pen and signed her name on the document. Seeing this, the lawyer looked relieved. After that, the room became very quiet as she got up to head upstairs.

Charlie, who had been silent all the while, glanced at her back and then looked at the lawyer with a slight smile. When Elsie reached the stairs, she heard the lawyer saying, "Ms. Lawson, please move out by tomorrow."

"Okay." With a curt response, she slowly turned the corner of the stairs. Then, the lawyer added, "All the property from your marriage with Mr. Gardner belongs to him, including any jewellery he had bought for you."

"Okay." Her calmness puzzled the lawyer. Although she couldn't get a penny from the divorce, the amount of jewellery that Charlie had given her was worth more than enough for her to spend the rest of her life. Therefore, he didn't expect her to give them up so easily.

Turning to look at Charlie, he noticed a trace of anxiety in the latter's eyes. When Elsie finally arrived on the second floor, she opened the bedroom door as she said with a clear and determined voice, "Please tell your client that I won't take anything from him; I'll leave here bare-handed tomorrow. So, to be fair, tell him to return the things I gave him too."

As soon as she finished speaking, the door slammed shut behind her.

"Um... Mr. Gardner?" The lawyer looked at the taciturn Charlie.

The latter remained silent, and just when the lawyer thought he was not going to reply, he suddenly uttered, "Okay."