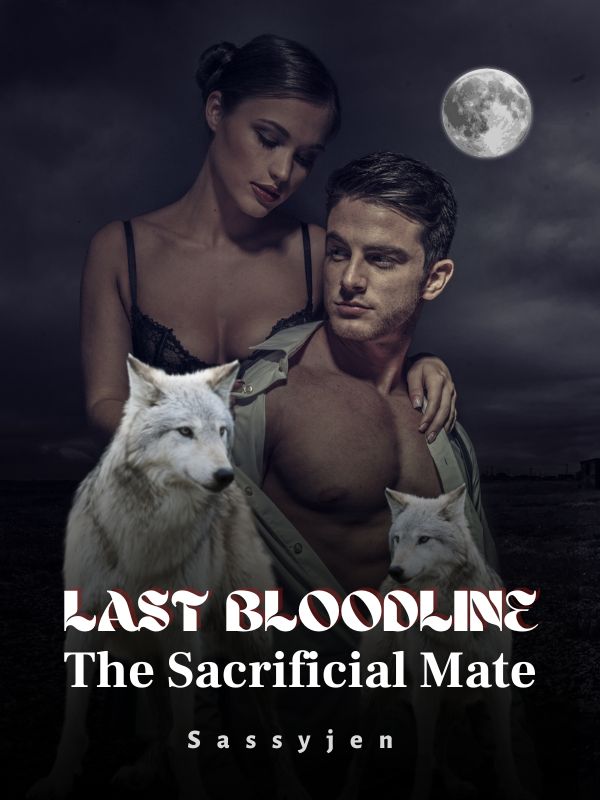 It started with a curse‚ Alpha Lorde has been searching all his life for his mate. Until one fateful night, after being forced by his Beta to attend a masked party, he finally finds her. But everybody seems to conspire for them not to be together. Restless and angry, he took his wolf out for a run in the forest. He would follow his mom‚Äôs advice to get her back from the Blue Moon pack and not let anyone stop him. But as fate guided their meeting, it has interceded once again. Injured and bloodied, he finds her in the forest and vows to avenge her. Amelia thought she had finally left the clutches of her evil parents as she escaped, only to find out it was just the beginning of another adventure. Someone out there other than Lorde was searching for her, and he was not her mate. He needs her as a sacrifice so he can become the Alpha. Who is this person, and what does he need with the last bloodline?

"Alpha Collen, your mate water just broke in the woods." The beta of the wolf pack said.

"What? Where is my love? Is she okay? Call the pack nurses." He commanded his Beta.

"Do not be worried Alpha Collen, calm down for I did that already and she is in the room now trying to push." He added.

"Oh, finally, I will have a child of my own after all these years, finally my mate is giving me an heir to oversee the pack when we are gone." Alpha Collen mumbled in excitement.

"But there is a little problem." The beta said.

"The seer (witch) of the pack mentioned that the child in your mate womb is carrying the last bloodline of your great grandparents." He added.

"That is not a problem, my child is special then, you know I heard from my parents that my great grandfather was a big red and black werewolf, I wonder what colour my child will be, even if my child doesn't inherit I or my mate's colour of the wolf, I know my child will have those wolf yellowish eyes just like every one of us here in our pack."

"Then since it's not a problem then it calls for celebration knowing our Luna is about to give us a special child, the last bloodline of our forefathers that is rare, we the moonstone pack is happy, may the moon goddess continue to reign forever for this blessing." The beta said.

Terrible lighting took place while Collen's wife was still trying to give birth, her first time to push, the nurses kept encouraging her.

In the woods, A man named Elijah in his thirties was addressing a group of powerful-looking werewolves.

"It's time to prove your loyalty to me, I know my stupid cousin thinks he is the Alpha of the Night Walkers but I know one day, my wolf form will be free, even if I die trying my son Andre will take over from where I stop, now I want you to attack the pack that did this to my family in the past, the pack who cursed my lineage and bounded my wolf form and stripping my line of the alpha title,I I heard from an insider that the Moonstone pack luna is given birth right now to the next heir, I don't want that, attack the pack and take their baby from them, do not kill them, I want them to live in pains forever and leave this life with no one to succeed the alpha title."

They were all happy to carry out his mission and when he gave the go-ahead, they shifted as they went after the Moon Stone Pack.

Elijah had this evil smirk, he can't get his wolf form back but he can cause misfortune and pains to the pack that causes his line. He is also working with some hunters carrying out some physical research for him.

Alpha Collen got told that his wife gave birth to a baby girl and it was confirmed that the baby has wolf yellowish eyes and is truly the last bloodline of the rare wolf.

He announced a party to be carried out and when he held his child given her a name, Amelia, the whole pack was in jubilation when suddenly the pack got attacked and making use of silver and wolfbane they got so weak and couldn't fight back.

Amelia was taken away from them and it was a black day for the Moon Stone Pack.

I woke up very early in the morning before my parents and my annoying sister, I love them so much but I do not know why they hate me so much to treat me like an alien, what did I ever do to them to make them hate me this way? I wondered and I just accepted life the way it is, maybe this is the best way they can show love to me as their daughter.

I finished cleaning the living room and I walked straight to the kitchen to wash the dishes before preparing breakfast when Katarina came to the kitchen, I am a year older than her but it's the opposite here so I have to respect her like she is my senior sister just to survive in here.

I sometimes get jealous of the way she gets treated by them.

"Good Morning Katarina." I smiled at her.

"What's good about the morning? Why are you smiling like a fool? Where is breakfast by the way? Don't you know I must eat before going to school?" She sounded so rude.

Yes, she can go to school while I was just allowed to just finish high school and stay back home.

I had to maintain a smile on my face to reply to her despite I felt insulted by her.

"I am sorry, I woke up a bit late that is why, cleaning and doing everything by myself so you know what is going to happen right now, assist me in washing the remaining plates while I start cooking."

I gave her the plate I was holding when she stoned me with it and it got shattered on the floor while I had a little cut on my hands and it takes time to heal since I haven't met my wolf yet.

"How dare you ask me to do your work for you? Have you gone nuts? Do you think I am your slave or something? Look here Amelia let this be the last time you ever make such a stupid request from me, am I cleared?" She yelled so loud at me like I was her toy.

Now I am in a big mess, the plate she broke, when I heard my mom voice shouting, "Amelia, I hope you didn't break my plates?" I am so good as dead.

"Okay then, I am sorry for asking but you broke mom's plate, hope you know she might punish you?" I was trying to get bold but when our mom came to the kitchen, Katarina faked her tears, "Mom she shouted at me, she even broke the plate out of anger just to frighten me."

I could not believe this and before I could make a sentence I received a slap that sounded like thunder from mom then she brought out her claws, I know I am dead because whenever she brings out her claws, she beats the hell out of me and I will be bleeding all over.

"Mom please, I didn't break the plate, please believe me." I started pleading as tears flow through my eyes.