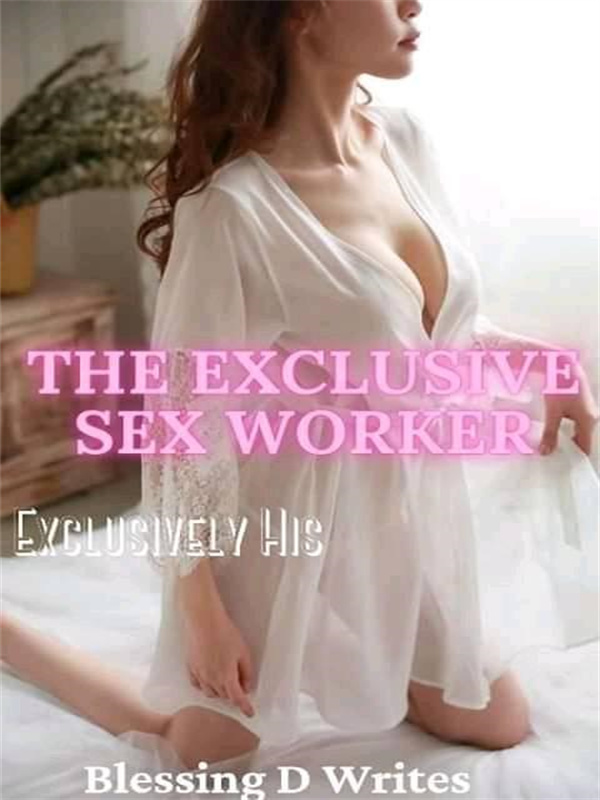 She was out of options, she needed something, she needed to do something - she needed money so she agreed to work in a sex house, as a sex worker.She joined the house and started her first training on how to be a perfect sexy girl, how to make a man go crazy with just a touch. But then, something happened along the line in the sex club house, she met the most powerful, cold,never smiling CEO last prince.She didn't just meet him because she wanted to, but, because he ordered for her service, for her to serve him, pleasure him whenever he needed her. She didn't have a choice, she had to do it. The pay was too high, no normal lady would ever refuse him, no one at all. So, she started her job on how to pleasure and please the prince until he was no longer in need of her service.Her name is pink......! Amanda worked for money as a sex worker in one of the biggest sex house until she met a VIP, who turned out to be a charming prince and also her old friend.

The last teacher for the day walked out of the class, immediately the students started packing up.

Pink, packed her notes into her bag with a grumpy look on, a look she plastered on all day. Hung her bag across her shoulder, she went out from the class to the hallway.

Tess went after her, she has noticed her dull face and has made up her mind to talk to Pink after class.

She ran after Pink and met up with her on the hallway.

"Pink" she touched her shoulder.

"Yeah" Pink replied her so grumpily not stopping to spare her a glance.

"Pink, what is it? You have been so dull. Why are you like this?" Tess asked following Pink out from the school hallway and into the school field.

"Nothing" Pink lied trying to get away from Tess.

"Seriously Pink, it's financial problem, isn't it?" Tess asked stopped in front of Pink to stop her from moving forward.

Pink stopped to face Tess. She had no other option but just to reply her with the truth.

"Yes, it is. So, will you let me go now?" Pink hushed brushing past her.

"I can help you" Tess stopped Pink again.

"Tess?" Pink called pissed that she wasn't letting her go.

"I can really help you, I promise. I have this new job offer for you"

"Is it another part time job? I already have dozen of them. Even if I get one more, it can't still solve my problems" Pink stated as a matter of fact.

"Why don't you trust me? This isn't a part time job? This job pays you in millons Pink, it pays" Tess said.

"Yeah, let me introduce you to the job. You can get paid within two weeks in millons too. I am an orphan like you are, how do you think I pay my fees? My apartment money? It's not magic ok? It's hard work" Tess convinced.

Pink nodded, she followed Tess to her supposed car, her mouth fell open on seeing the type of car Tess owns.

"You....you are sure you own this car?" Pink asked in doubt as she pointed at the black flashy lexus car.

Tess opened the car with it's keys, smiles on, she beckoned on Pink to get in through the other side and she did.

Tess ignited the engine and drove out from the school compound.

They arrived mama Cassy X2 bar then came down.

Pink followed Tess into the bar, wondering if working as a bartender can earn her millions in two weeks. She doubted it.

Tess said some things to the bartender there in low tone before going inner into the bar through a door that is kind of hidden.

They walked through a passage for a bit before going through another door and that was when Pink's mouth fell open.

She started seeing numerous girls, her age and more inside. It was like ladies crew in there.

What is this place? She asked herself.

"Follow me" Tess said to Pink as she walked to an inner door there.

She got into the room there,she talked with some people there, a middle age woman to be precise.

The woman followed Tess outside to where Pink stood.

Pink kept watching the girls in surprise. The thing really surprising her was the fact that most of them are only on bra and panties. Some weren't putting on anything and there was no single guy in there.

The presence of the lady made Pink to look her way.

The middle aged lady examined her like she was some kind of exam paper, a cigarette stick fixed in between her lips.

She pulled the cigarette out from her mouth and extended her hand to Pink.

"So, I heard you wanna join us?" Mama Cassy asked.

"Yes ma'am, but I don't know what you guys do here" Pink replied her.

Mama Cassy looked at Tess with questions in her eyes.

"Um..I am so sorry, I wanted to explain things to her here" Tess apologized to Mama Cassy then took over.

"What we do here is quite simple, Pink,vwe pleasure the big rich men and get paid in millions, top class X2 girls gets up to billions weekly tho" Tess explained making Pink's mouth open again in shock.

That explains it all. This is a sêx house, Pink thought.

Tess looked at Mama Cassy for permission and she was granted one.

She took Pink to the hallway. When they were alone Pink started.

"What?? You brought me here to turn me into a slut Tess? A slut?" Pink asked wide eyes.

"Keep your voice down" Tess hushed at her.

"What? I can't believe this. No! I can't even do this, I'm out of here" Pink rasped at Tess and before Tess could utter any other word, Pink, followed the door they followed in out. Then out of the bar.

She checked the time to see that she was already running late for her first part time job, she took a cab instead of a bus and left.

"Derek,why can't you introduce your sister to us? Why can't you? We can pay you any amount for a night with her?" One of Derek's classmate asked.

Derek scoffed, he packed his books into his bag and tried going out from the class but the group of three boys talking to him blocked his way.

But, when they saw a teacher approaching their way, they let Derek go, but still secretly followed him into the streets.

They appeared to him again when he was already lost in thought.

"Stay away from me and my sister, it's been long I fought. I don't wanna fight again kelvin, stay away from us" Derek warned.

"Or what? Is your sister a gold? We said we'll pay, didn't we?" The second guy rasped at him.

"Leave him, I bet his sister's p*ssy stinks. Her hole is also really wide" the third one amongst them said making the rest laugh.

Derek turned and glared at the third one, forgetting himself, he punched the guy on his nose.