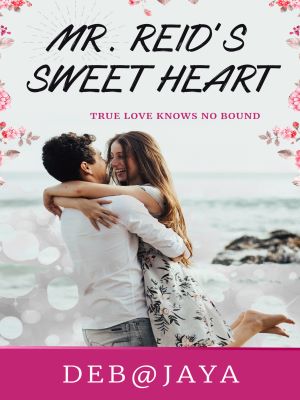 w is the assistant of Aidan Thompson, the CEO of Thompson’s and Co. But he eventually turned out to be the heir of a multi-billionaire business empire. While working under Aidan, he encountered Abigail Mills, the fiancee of Aidan. Abigail loved Aidan for five years, and she always dreamed to be his wife, but Aidan treated her only as a trophy to be decorated in his house. She was gorgeous, perfect to be the daughter-in-law of the Thompson family. He was a workaholic, never had time for Abigail. Whenever she asked him to accompany her, he sent Charles in his place. Initially, Abigail hated Charles from the core of her heart. She didn’t want him to accompany her, but Charles never could refuse his boss, and he quietly followed Abigail, despite his unwillingness. Eventually, they both started developing feelings for each other but never expressed it. Meanwhile, Charles learned about the conspiracy of Aidan against Abigail and her family. He wanted to inform her about Aidan’s scheme. However, Aidan and his men killed him before he could reach her. Everyone thought that he died, but he came back after one year with a new identity. What will he do with Aidan? Can he express his love to Abigail this time? Can Abigail recognize him and fall for him again? Or will they fall apart?

Winter had passed, and spring washed in like the tide, bringing warmth and sunshine. Colorful flowers were blooming, and new buds were ready to open to the light. The grass became greener as soon as the weather warmed up. Fresh sunlight illuminates the water droplets upon its fine green wands. The chirping of birds filled the air, and Charles Shaw awoke, yawning widely.

Rubbing his eyes, he glanced at the photo frame, hanging on the opposite wall to the bed, and mumbled lazily, “Good morning, Mom.”

Then he picked up the phone from the side table to check the time.

He felt like a loud bell resounding in his head awakening every cell of his brain. His eyes widened to see the time. It was 8 in the morning.

He jumped out of the bed and rushed to the washroom. He set the alarm at 7 o’clock, but as usual, he turned it off and went back to sleep. He was supposed to show up at the office at 9. His boss had a board meeting to attend at 9:30 in the morning. But Charles had a bad habit.

He never could wake up with the alarm. But today he slept an hour longer after he turned off the alarm, and now he was doomed to be scolded by his boss. It would not be surprising if he got fired today.

He quickly finished his daily chore and took a shower. Within fifteen minutes, he stepped out of the washroom. Water was still dripping down from his wet silky hair.

He went to the closet, but stopped on the track and turned to look at his mother’s photo. He grimaced and said, “I know why are you looking at me this way. I will dry my hair. Don’t worry.”

He pulled out a fresh towel from the closet and started rubbing on his hair. Meanwhile, he picked up his white shirt and black pants. After he finished changing his clothes, he dried his hair with a hairdryer and applied gel on it. He combed the hair meticulously and sprayed the perfume.

He grabbed his wristwatch from the drawer and wore it. Grabbing his wallet, the briefcase, and the car key, he stormed out of the room and waved his hand to his mother, “Bye, Mom. See you in the evening.”

Just as he came out of his room, the doorbell rang, and he groaned in frustration. His face contorted, and he cursed under his breath. He opened the door and saw a beautiful young woman in her twenties standing on the doorstep, grinning widely at him.

He rolled his eyes and asked, “Angelina, what are you doing here?” His tone was full of irritation.

Angelina was his neighbor, his childhood friend, who sometimes became irritating, and at that moment, Charles wished if he could strangle her.

Angelina didn’t mind his grumpy mood. She was still smiling. Showing the thermos box in her hands, “I have baked muffins and brought some for you. Come and have some.”

She walked past him and kept the thermos on the dining table. Then she turned to look at him, who was looking at her with a puzzle written on his face. His eyes narrowed and his brows creased tight, mouth slightly opened.

Angelina’s chest rose momentarily and then fell, “What are you staring for? Come and eat. I know you have not had breakfast yet.”

Angelina wanted to say something but before that, Charles said, “Fine, stay here. I am going out.”

He turned to leave, but his phone rang. He took his phone out of his pocket and saw his boss’s number on the screen. His eyes widened in nervousness, and he answered quickly, “Yes, boss.”

“No need to come to the office.” A deep male voice came out of the phone, and Charles panicked to hear him.

Before his boss could say further, he asked frantically, “Why boss? Are you firing me? I have done nothing wrong? Please, boss... don’t fire me.”

Charles pursed his lips and placed his forefinger on them. He overheard Aiden sighing on the other end of the phone.

Then he heard him saying in a slightly disappointed tone, “Listen... Abi, my fiancee, is coming back. But you know I have to attend this board meeting. I can’t skip it. Go pick her up from the airport and also bring her flowers and gifts.”

“Listen, Charles.” Aidan interrupted him and didn’t allow him to finish speaking. “If you want to continue working in this company, you have to obey me. If not, hand in your resignation.”

“No… No...Boss. I...I just…” Charles was so nervous that he started stuttering and couldn’t find any words to say.

“Okay, I understand.” Once again Aidan didn’t give him time to speak, “Her flight will land by 11 in the morning. Be there before time and take good care of her.”

With that, Aidan ended the call without giving Charles any time to respond.

“What the…” Charles was awestruck, “What am I suppose to do now?”

Angelina, on the other end, was worried about him to see his perplexed appearance. She came closer to him and asked, “What happened? Is everything alright?”

Charles sighed and plopped down on the sofa. He leaned over the sofa, closing his eyes and placing his hand on his forehead.

Angelina sat beside him and asked, “What?”

Charles didn’t respond immediately. He even didn’t move a bit. Angelina’s heart was beating without a rhythm seeing him like this.

She parted her lips to say something, but suddenly Charles opened his eyes and sat upright, “Can you help me out?” Before she could know anything, he grabbed her hands and said, “Boss’s fiancee is coming back. He wants me to go to receive her from the airport and also asked me to give her some flowers and gifts on his behalf. But I don’t know what gift I should buy for her.”

Angelina was dumbfounded. She looked at him up and down skeptically, “What is there to worry about? You are overreacting.”

“Overreacting?” Charles released her hands and yelled, glaring at her. “Do you know who she is? She is Abigail Mills, the daughter of Mr. Robert Mills, the granddaughter of the legendary Mr. Thomas Mills, the then president of our country. Not only that, but Mr. Mills is also a business associate of Thomson and Co. It is said that Miss Mills is very arrogant. Boss asked me to take care of her. If she gets angry with me, she can complain about me, and I may lose the job. You know how important this job is to me.”

Angelina sighed, “I know. Okay… What help do you want from me?”

Charles mustered a smile and said, “Tell me what gifts women love the most and what flower they prefer.”

Here Angelina named the flower she liked the most and forgot that she was helping him to choose gifts for Abigail. She always dreamed of Charles bringing her gifts and flowers, but this dumb man never even brought chocolates for her.

The smile on her face vanished when this thought crossed her mind, and she looked at him. Charles had a triumphant smile on his face.

Angelina frowned and was about to ask why he was smiling, but before she could utter a word, he stood up and said, “Thank you. I will eat the muffins later. See you later.”

As he said, he turned and rushed out of the house.

“Wait…” She yelled, but he already exited the house.

She sighed and shook her head. She never saw him getting so excited, that too for buying gifts for his boss’s fiancee. If he showed a little bit of interest in her, she would be the happiest woman in the world.

She only felt a dull ache in her heart and muttered, “When would you see my love?”

Charles got in the car and drove to a jewelry shop, but when he saw the price tags, his scalp went numb. All the items were expensive. Even though his boss would pay him back, he still felt a hole in his wallet.

He only found a pair of diamond studs that was the cheapest in that store, but still, it was more than his monthly salary. With a heavy heart, finally, he bought it and requested the salesperson to wrap it with a gift package.

After coming out of the jewelry store, he headed to a flower shop and bought a bouquet of tulips of various colors. There was a huge grin on his face. He got in the car and drove directly to the airport.

There were still fifteen minutes left for the flight to land. He came out of the house without having breakfast. He was starving by now. He bought a cup of black coffee and a sandwich and started eating quietly.

Half an hour later, Charles saw the woman he was waiting for, and his jaw dropped involuntarily. He saw her photo in his boss’s house, but she looked more beautiful in person.

The plain cyan blue sleeveless dress was perfectly hugging her curvy body. Her slightly wavy brown hair cascaded to her shoulder. She was looking around with her deep blue eyes. Maybe she was searching for someone.

Only then did Charles come to his senses and waved his hand to her, “Miss Mills…”

Abigail turned her head and saw a tall, muscular man waving at her while grinning from ear to ear. She frowned and looked at him from head to toe suspiciously.

‘Who is this man?’ She asked in her mind.

She thought a lunatic had come after her. Passing a disdainful look at him for the last time, she turned her head and walked out of the airport.

Charles’s smile faded straight away to see her go in another direction. He rushed to her and blocked her way.

He smiled and greeted her politely, “Good morning, Miss Mill. I am here to receive you. My name is Charles Shaw. Mr. Aidan Thomson has sent me. He needed to attend an urgent meeting, so he couldn’t come. But…”

He handed her the bouquet and the gift box and added, “He sent these for you.”