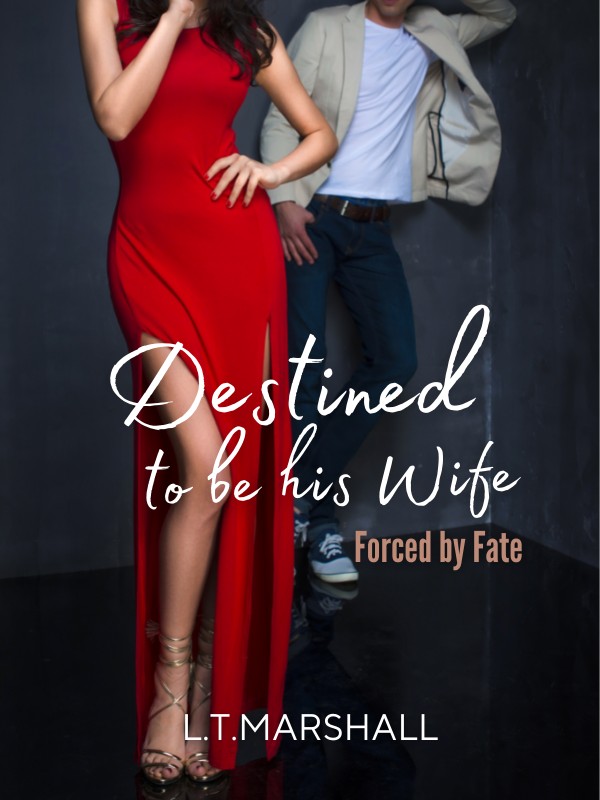 Destined To be his wife

TangShi is a girl without much luck in the world. Despised by her father after her mother died giving birth to her, she has grown up in a cold and unloving environment and hated by her stepmother. Blamed for things she could never control and treated as an outcast by her own blood.Forced to come home after finally escaping to school on a self achieved scholarship abroad, she is promised to the son of the Leng family. To create a beneficial business alliance to further her own father's greed in the corporate world. Only YuZhi Leng is as unwilling as she is, with a girlfriend already in place that he adores and no desire to honor the contract put in place - to produce an heir in the first year of marriage and solidify the two families union.TangShi must bear living as a third wheel in this unwanted life and accept or be thrown aside by her family. Until upon meeting, she realizes that YuZhi may not be the stranger to her she thought he was and recognizes him on sight. Could he be the man she met eight years ago at a masked ball, who swept her off her feet and made her feel alive, and yet left her heartbroken that fateful night?A rollercoaster of a marriage is about to be embarked upon.

TangShi Lei stared hopelessly at the paper in her trembling hands, a tear escaping with silent despair. Sliding across her delicate pale cheek as she stifled the sob which caught in her throat, burning painfully. Her heart and soul shredding as though a million sharp blades were piercing every inch of her body and she knew that her new life was about to end before it had even begun.

She'd finally managed to escape the cold and miserable existence back home in Shanghai. From her cruel father, and hateful stepmother and sister, and now here she was, being summoned home like an object who had no will of her own. To fulfil the role her father placed on her as the family prize, to be sold to the highest bidder. A marriage alliance for the benefit of Lei Enterprise, her family’s conglomerate.

Her body gave out as her knees weakened, shivering, and slumping down onto the sofa behind her which saved her from a full fall as her tears began to drip in quick succession. Her heart breaking in two. The agony of knowing she was so close, and yet never stood a chance of ever being free, and now he had new ways in which to call her to heel. She could never escape the responsibility of being the eldest daughter of the Lei family and what weight that held, even if he had never treated her as his child.

She had worked so hard to get the scholarship to this prestige art school in California, on her own merit, hard work, and undying commitment to being free. He had finally been convinced by her stepmother Ava, to let her go and rid her from under their feet. Something Ava had wanted since she married him when TangShi was merely a toddler and became her new mother’s burden. Just eight weeks ago she tasted joy, and now he was taking it all back. Loosening her reigns for the briefest moment before hauling her back to heel.

It was her light in a dark world and a chance at fulfilling her dreams of one day becoming a known artist who could support herself and live a modest life, far away from the Lei family and all it encompassed. A world of socialites, rich families, and business moguls, of which she was never given the chance to really be a part of. Nor did she ever want to. If they were all as cruel and cold as her own family, she didn’t want to be a part of that lifestyle or community.

Shanghai was a place of bad memories, cold nights, and the loss of her mother before she had ever known her. TangShi had never truly felt love, adoration, or warmth from her family that was meant to cherish her. All they had ever done was make her feel like a rabid dog that wandered in from the streets and took every opportunity to kick her down so very brutally. She had only ever known how it felt to be outcast and unwanted by everyone around her that wasn’t paid to care for her.

Wasn't her mother why her father hated her the most? That her mother died so she could enter this world, and he never stopped reminding her of the fact that she was a cursed brat who took the love of his life away in her act of selfishness.

When Ava had Jeufeng, her younger half-sister, she had held her breath in hopes that he would finally move on and she would experience the gentleness of a sister in her life, but she was so very wrong. Ava hated her, was jealous of her natural beauty and quiet temperament, and soon made sure to give her father a new daughter to replace the one who disappointed him the most. Breeding it into Juefeng that TangShi was the enemy and a rival for her inheritance and position in the Lei family.

Juefeng was a full seven years younger than TangShi. She was as cruel and as hateful as her parents, only with so much more venom as she hated that she was the second born of the family Lei and not the sole princess she always wanted to be. TangShi was nothing more than grit in her shoe.

TangShi stared at his words once more and couldn't breathe through her despair any longer, choking as each black inky knife-like letter on white paper clawed at what was left of her sanity. Her tears saturating the letters and pulling watery ink down the paper with them.

"You will return home as soon as you receive this letter. We have arranged your engagement to the young Master of the Leng family, as you are the eldest child of Lei, and our two families wish to unite to better our standing in the corporate world. You will obey this request, or I will use any means to extract you from the USA and bring you home to make life unbearable for you. Do your duty, return at once, and begin preparations to become the Young Miss of Leng. Do not disappoint me further. I have spent time and money to raise you to adulthood and I expect you pay that back with obedience and cooperation. Do not embarrass our family name by ignoring my request. I have enclosed your travel arrangements and ticket for immediate return."