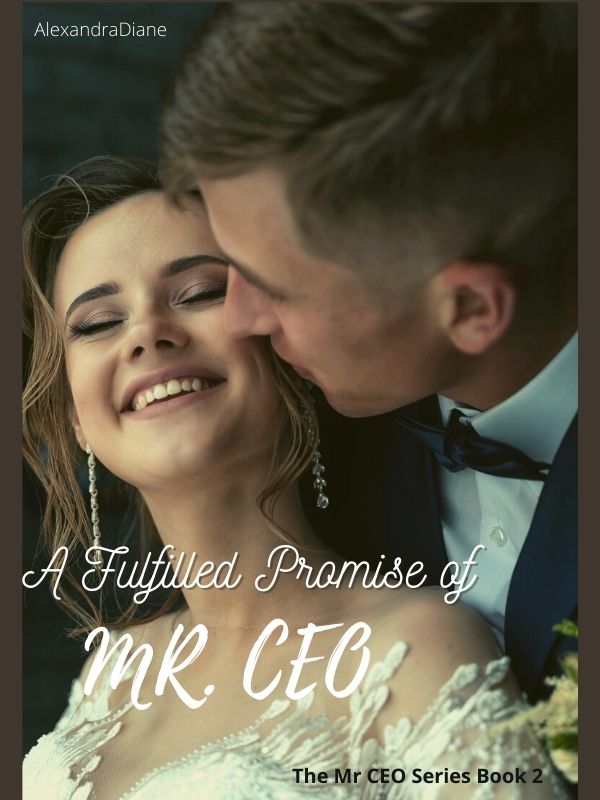 A Fulfilled Promise of Mr. CEO

Mary Ann Anderson is a kind-hearted woman who lost her feminity at the age of nineteen just because she helped a stranger who was under the influence of a drug. Desperate that things may go astray, she sacrificed her body for the man and as a sign of overwhelming gratitude, the man decides to promise to take responsibility for what he had done to her. John Lopez, a man who loves to wander to escape his troubled family finds himself meeting the same woman after five years of passing. Due to circumstances, their fate led them to meet and discover each other's real identity, and as John remembers his past promise, will it be too late for him to fulfill it now? After five years passing, can he finally fulfill his promise?

She was about to leave a room when suddenly a strong hand grabbed her wrist and aggressively pulled her in a corner.

Her eyebrows narrowed. “Who are you?”

She couldn’t see anything.

The only source of light is the light coming through the open window.

The man didn't answer her question.

“Please help me, whatever happens to us, I am ready to take responsibility. Just please help me and I will bear the consequences of my action.” She was surprised when a pair of hands was wrapped around from her behind. The man suddenly hugged her and whispered to her in a begging voice.

Her body was frozen.

“Let me go.” These words came out of her mouth but with not much conviction.

The man didn't listen to her.

She could feel the man’s hand starting to travel in her body. His right hand reached her thigh and stopped on the middle part.

At her age, she knew what the man was up to.

She could inhale his breath, a mixture of wine and cigarette.

“No, stop this.” Her mind says no but the man could feel her body arch in every move.

Her heart pounds like a drum in her chest, fast and hot in anticipation of something… anticipating something to happen.

She could feel the shortness of her breath. His scents, the smell that makes her head go around.

“I am sorry. Just let me do this,” the man said as his hands wandered all over her body.

The man finally reached the most protected part of her body.

“Wha—What are you trying to do?”

She could feel his warm skin as it touched it.

Her thighs seemed to have their own lives when they opened up and welcomed the man.

The man pushed her through the wall.

He slowly put his lips to her lips until the two met. At first, it was gentle until it became deep and deep and covered her lips.

She felt as if being electrified. A strange sensation, a tingling feeling that she felt for the first in her life.

And just for a couple of seconds, she was able to learn how to dance to the beat of the music the man is dancing. Their lips move as if they understand each other.

She cannot say that she is being forced. The man did every action with gentleness.

She felt a wonderful feeling. She followed every move of her tongue and she knew she wouldn't be able to forget her first kiss.

She didn't know how to react when the man started to lower down her inner garment. The man succeeded easily. His hand quickly touched her precious jewel.

“Hmmm…” Her fist moan skipped her mouth. She feels like she is burning up.

She almost jumped because of the unfamiliar sensation she is having right now.

She wasn’t shocked when she felt wet and the man knew about that.

He slowly guided her body to lie down on the soft carpet in the middle of the room. She just followed whatever he wanted her to do.

Her body arched in his every move. His hands started again to explore her body.

The man finally lifted the hem of her dress to her stomach; one hand in her honey pot and one hand lowering her inner garment.

The man caresses her body gently. She could feel something will burst inside her.

The man found her breast. He caresses one and then his mouth finds the other one.

Her nipples were hard.

He wanted to take as much as he could of her breast. He sucks like a hungry baby and she can't do anything but moan with pleasure.

The man is taking his time. He planted kisses on each of her breasts. Suck one after the other.

Her head is getting crazy. She could feel her body was about to explode.

The man stops caressing. It is as if he finally felt the need to enter inside her.

He moved and opened her thigh gently. He stopped for a moment. He licks her treasure.

“Aahhh…” It was the only the sound that escaped her mouth. She could feel his tongue exploring her jewel and her cave.

She felt a tingling sensation as his tongue danced with her womanhood. She wanted to scream. She wanted to shove his face in her because she wants more. His face touched her tits.

Well, that made just the man mad.

He then went over her top and positioned himself.

He tied her down. He pinned his arms on the carpet making sure she won’t be able to escape.

She could feel his manhood grew larger and harder.

She could feel him moving slowly as if following a rhythm. She felt as if her body was breaking into two.

He thrust slowly and gently.

“Ahhhhmmm…” She felt a sharp pain. Unknowingly, she bit the lips of the man. She’s panting.

Just for a brief moment and in no time it was changed to something sweet. Something she couldn’t explain.

The man drove himself to her.

Tears dripped down her eyes because of the sweet pain.

Out of the blue, she felt a liquid in her mouth. He looked at the man and the blood was coming from his lips which she bit.

She felt the gentle movement of his body on her top again.

The pain that she felt earlier is gradually being replaced by the strange pleasure.

The former tight feeling gradually loosens as if nothing is interfering, and the light movement gradually accelerates its motion which brings even more strange pleasure.

It gets faster and faster until she reaches a place she hasn't been before, as far as she knows. She felt as if she was enchanted.

They muttered together when their lips met again.

They both reached victory.

They both reached their peak; their climax.

Finally, the man disengaged from her.

The man’s body fell on top of her and she could feel his heart very near to hers.

She could feel him pant. His heartbeat is racing so fast and they are both out of breath.

She couldn’t imagine how fast everything happened.

One second, she felt like she was tied up by an invisible thread. She was frozen. How could she willingly surrender herself to a total stranger?

She heard footsteps heading in their direction.

The next thing is, someone’s calling her name. She could hear it. But, why?

Gaining her senses again, she pushed the man who was still on top of her body with all her strength.

“Mary Ann, are you there?” The voice outside keeps on calling her.

“Urgh…” She could feel pain between her thighs and she didn't know if her knees could support her if she stood up.

Using the strength left in her body, even if it’s very difficult for her and almost falls down the floor, she stood up and walked quickly to the bathroom.

She tried to run to the bathroom and hide. She doesn’t want anyone to see her.

She felt her knees were soft. She almost sank to the floor in front of the bathroom door.

She’s afraid that someone could see her in that position and look. That’s just so embarrassing.

She isn't mistaken. Just a couple of seconds after she entered the bathroom she could already hear knocks from the outside and at the same time, someone’s calling her name.

She came out as if nothing had happened.

She saw Cathy standing at the bathroom door.

“Are you okay?” she asked and with the look on her face, she knew that she was worried. “I was so worried about you. I went up because it took a while for you to go down. The driver is already waiting outside for us,”

“Yes.” She smiled at her friend.

“What took you so long?”

God. “What have I just done to myself?” she whispered to herself as she looked at her friend who’s talking to her.

“Hey, are you really okay?” Cathy asked her again when she didn’t hear her response.

Still, at a loss, Mary Ann just nodded to her friend.

“Yeah, I am sorry. I just suddenly felt dizzy.”

Everything that just happened to her a couple of minutes ago started to sink into her mind.

“For goodness sake, Mary Ann, are you sure you're alright?” She let out a deep sigh as she tried to question herself about what happened a while back.

She tightened her lips and closed her eyes. She is trying to collect herself.

If anyone will know what happened to her it will be an embarrassment. Has she gone mad that she allowed a man who’s a total stranger to get laid to her?

Her friends and everyone she knows might think that she’s a cheap woman and easy to get.

But, she must admit. The moment the man touches her skin, she feels electrified and the chemistry between the two of them.

He needed no force for her to submit herself like a tamed lion in front of a hunter.

Yes, she indeed became the prey of a hungry hunter wandering in the wild. No matter what she thinks, she cannot think of any reason how fast everything happened and that she didn’t resist what the man did to her.

She was a willing subject.

She became a slave who followed her master on whatever he wanted to do.