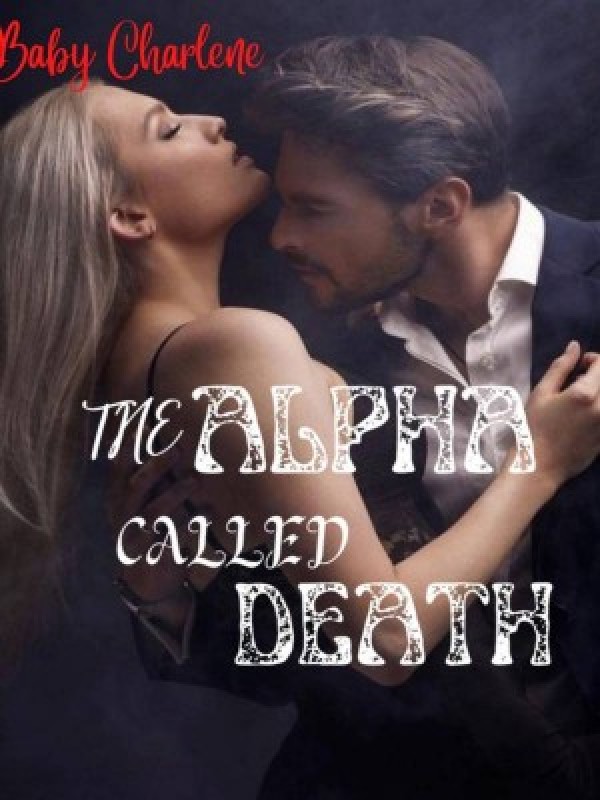 He was known as death since it was almost impossible to kill him. Born with the rare immortality gene, Alpha Nir was feared and respected by all. He could walk into the midst of a million enemies with his eyes closed, for he was sure they could only glare and gnash without doing a thing. He had been stabbed too many times, but the wounds were covered up immediately. He had gotten so used to poisons - he could identify one from a distance. He was known as Nir - the young fearless ruler of the largest community the envy of every other ruler. Feared and respected by all

CHAPTER ONE (His Hunger For Immortality)

In a dark room,

The pale crescent moon shone like silvery claw and gave some dimming lights through the partly opened windows; the wind clattered through the leaves of trees, making the branches quake and giving the room a cozy feel.

The wind was getting heavier - the occupants of the room could feel it. And it was so obvious there would be some rain pour soon enough.

Nir stood there in the room - looking unnerving as ever. Having a view of his shadow from the wall, he looked just like a huge beast - a huge beast with bigger head, bigger shoulders and bigger legs.

But staring at his face directly, it contrasted with what the shadow depicted in the dim light.

Dressed in his favorite black robe - with a symbol 'N' on it's chest - that swept the floor behind him and his hands crossed at his back, he pinned his eyes on the short bald-headed man in front of him who seemed to be wasting his time. They had been that way for a long time - just both of them in the room with the short man mixing some strange substances and flipping through pages of a book for the umpteenth time.

He must've realized he was wasting Nir's time as he kept stealing glances at his face from time to time.

"I'm almost done, Alpha" he finally spoke - croakily - his eyes glancing through an opened page of the big book in front of him. Nir wondered how he was able to read in such poor light condition.

Calmly and not saying a word, he stood and watched the man.

After what seemed like forever, the old man stood up with the knife dripping in a red liquid and walked towards Nir. The room had gotten darker and his hands were shaking, and getting close to the intimidating young man, he stopped right in front of him.

Nir didn't even move an inch, his eyes blinked once in every five seconds as he stared blankly at the man, awaiting him to do the needful,but he noticed how difficult that was for him.

Well, the old man wouldn't blame himself for being so scared in front of him. What if the process fails and Nir gets hurt physically? Surely, he wouldn't want to prickle the Alpha's anger.

"Get on with it, Ahiga and stop chickening out" Nir suddenly said with a sigh and that alone gave the old man some assurance - despite the deep baritone voice that was singularly clear.

Taking a deep breath, he moved the knife forward and pierced it into the skin of the man in front of him - right above his navel.

His lids didn't blink, but when a vein showed up on his forehead, the old man could tell it hurt.

"Do you.... feel any pain?" He looked up at him and asked anyway, his hands still holding onto the scales as half of the knife was buried in his skin.

And when Nir bobbed his head, disappointment flashed across the old man's face as he withdrew the knife from his skin immediately. It was now covered with his blood.

"It didn't work, did it?" Nir asked, dawdling towards the window which welcomed him with a heavy force of wind.

"Unfortunately, I'm afraid so, Alpha" the old man shook his head despondently, feeling thankful the Alpha was now backing him.

Ah! Those hooded eyes of his - blue hooded eyes with flecks of gold. They were the prettiest pair of eyes the people of Obeddon had ever seen. But when the owner gets pretty angry, they turn red and consume both the guilty and innocent. Nobody ever wants to see that part of Nir - no one at all, at least not when they still valued thier lives.

Nir said nothing, and the old man took a step closer.

"B... But you know I had to mix some special ingredients on the knife before it was able to cause you pain, right?" He sounded careful.

"I know I am immortal, Ahiga" Nir turned to look at him, the cold depth of his voice making the old man's skin prickle with fear.

"Or should I say.... partly immortal?" His cold gaze was fixed on the man.

"I know an ordinary weapon cannot penetrate me; and I can't be killed by mere means. But, just like you said, there are certain rare means that can still be used on me" he turned back to the window, the hem of his dress flipping along with him.

"I.... I know, Alpha; but you see, these rare means are really rare like they're refereed to. If it wasn't for my research, I wouldn't even know about it. As... as far as I know, everyone thinks you're fully immortal. That's the reason they call you Death itself - even your.... your enemies" the old man enthused.

"And what if someone gets to find one of these rare means someday?"

"Oh! I assure you, before that time comes, I'd have gotten the perfect solution already. If only....if only we could just find her - the one that can make this so easy..."

"Stop wishing for what we don't have, Ahiga, and get to work" the words were snapped, his head cocking to the side as he gave the old man a backward glance.

"Oh! Y...Yes, Alpha. I'll multiply my efforts and please you" the old man bowed in deference and leaden-ly, Nir returned his full gaze to the window. Now he understood why the room had gotten darker; The full moon was gone as the thick cloud had covered it all, indicating the rain was about to pour.

He stared blankly into it for a long time, thinking of the positives and negatives. And the whole time, the old man just stood behind him like a loyal servant.

Finally, and without saying a word, Nir turned from the window and started towards the creaky door.

"Um...Al...Alpha, are you leaving already? I... I think I should treat the wound..." The old man stuttered, hastening his steps to meet up with his fast strokes.

For a second, Nir had almost forgotten he was stabbed right there.

"I don't have the time for it, Ahiga" he picked up the mask from the stool right beside the door.

"It should heal up on its own"

Placing the gold mask over his face, he waited for the door to go open on its own before marching out of the room.

His name was Nir - popularly known as the Alpha of Death.

Being respected by many, and feared by all, he had gained the trust of his people - the People of Obeddon. Ruling the largest community, he was the kind of man a sane human would never want to toil with.

He was partly-immortal, fearless and ruthless. And the most interesting thing about him was the fact that his face had never been seen by the People of Obeddon - except a few - since he was known for his propensity for his gold masks. Always gold; and nothing less.

Despite his addiction to the mask, Nir was still considered the Hearts -Champion as the mask was always giving him the perfect Mysterious look - that look of wanting to know the face behind the mask of such Powerful man.

Every lady would want him, but the few that had gotten the opportunity to stay close to him all couldn't help but prickle with fear and carefulness as the cold aura around him was just extreme. Like they say, standing close to him was enough to seize a breath and make you feel like you were standing next to death itself. And perhaps, that was due to his notable identity - Alpha Nir. The Alpha called Death.

By the time he got to his room, he had already been drenched in the rain which had began pouring a while back.

One of his boys followed him in and helped turn on the lights, giving the room some brightness; And then, he could see the lady on his bed, halfly dressed.

Without being told, his boy left, leaving the decision to Nir, to either send the lady away, or retain her. But the lady was determined to make sure she was retained.

Setting her eyes on Nir sent some shivers down her spine and quickly, she left the bed and went on her knees in front of him.

"Welcome, Alpha" her head was bowed.

"It's my outmost pleasure to be in your room tonight. Please, tell me how I can serve you and make you feel better. I'm at your humble service, Alpha".

There was so much passion in her voice as she spoke, one that cadenced with how desperate she looked in her red coloured undies.

He walked round her, observing her body status and confirming she was worthy of his bed. Of course, his his boys knew better than to bring anything lower.

He ignored her as he walked over to his study table, pouring himself some wine. And the whole time he drank, the lady patiently stayed on her knees and awaited his response.