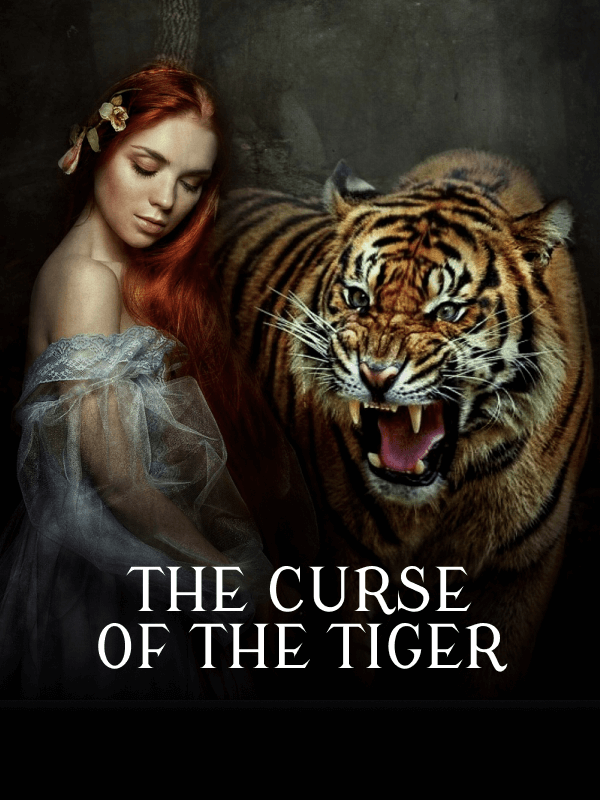 She knew that being close to tigers was her destiny, but she’d never thought she’d be riding on top of one… Faline Hopper owns and runs a free-range tiger refuge in northeastern Colorado. She loves the animals and the mission of Kat’s Crest, but the sanctuary is on the verge of financial disaster. A mysterious stranger with deep pockets comes to its rescue. Hunter Cartwright is one tall, cool drink of Alabama water. Sparks fly immediately when he shows up at Faline’s door. He’s ravenous for the blonde beauty, but there’s something he needs to make Faline understand before he can really sink his teeth into her. Something that happens at sundown, when the tigers roam the sanctuary and the nightly hunts begin… The curse of the tiger was cast by a Native American witch. Abetzi rejects the Great Spirit and worships a powerful demon instead. Faline is determined to free Hunter from the witch’s spell and to stop Abetzi from abusing exotic animals, but at what price? Will Faline risk everything to put a halt to Abetzi’s cruelty? And will it be worth it?

Faline stood on her back porch and stared at the tangled ruins of Jonas Hopper’s dream. The random cruelty was almost laughable—a tornado had swept through like the swipe of a malicious tiger’s claw. It had left her house and the fence intact, miraculously, but had lifted the rented tents and tables up and hurled them who knew where. The three Jeeps and the carport were less of a mystery. They’d been tossed and mangled beyond repair. Without the fundraiser and a fresh influx of money, Kat’s Crest couldn’t possibly pay the steep insurance deductible.

She had sent her staff home for the rest of the day so she could be alone with her thoughts. Four whiskies and two hours of heavy thinking later, Faline felt the dull relief of numbness flow into her limbs at last. She’d do her best for the tigers—perhaps the lion sanctuary two counties over would be willing to take them in—and she’d sell the land. Maybe one of the other cat refuges would hire her, or perhaps she’d move back to the northeast. None of it was ideal, but she’d have to do something.

The sun, untroubled by Kat’s Crest’s impending dissolution, began its nightly slide behind the pines. Faline knew that the tigers would soon commence their evening of fun. They’d hunt boars, prairie dogs and whitetail deer, as they had for the past five years, with no idea that their lives as they knew them were about to end. She propped her feet up on her porch rail and folded her hands across her stomach to watch the dramatic beauty of the dying light. After a few moments, the sun’s orange glow had faded entirely. An icy-cool moon and a smattering of crystalline stars provided the only illumination. Faline sighed and drank in the stark, lonely beauty of the Colorado night.

“Ah, well,” she said quietly, gazing up at the Big Dipper. “Better they don’t know, anyway.”

“Better who doesn’t know what?” a male voice answered. Faline gaped. There, on her back patio, stood a six-foot tall reminder that she’d never got a guard dog, even after Mick’s incessant warnings about the dangers of a young woman living all alone in the country. The man was massively built and looked like he’d just hacked his way out of a jungle. His faded T-shirt and dusty jeans did nothing to hide his physique. Faline could tell his chest and arms were as thick as tree trunks. She swallowed and scanned his face for any hints of aggression. He appeared intelligent, if somewhat bedraggled. He was handsome, in a rugged, post-adventure Indiana Jones sort of way.

“Um,” she began, “the tigers don’t know the reserve is about to close. Kat’s Crest Refuge is soon to be no more.”

The man lifted his eyebrows in surprise. “You don’t say?” he asked grimly. “Now that I’ve finally found it, you’re telling me it’s about to fold?” He shook his head. “Do you mind me asking what you’re going to do with all of your tigers?”

Faline pursed her lips and looked up at him. “Well, they’re not my tigers,” she said, slurring a bit. “They live here, but they’re nobody’s pets. I don’t own them. I just give them a place to live. Well, I gave them a place to live.” She tossed back the whisky in her hand, picked up the bottle of Glenlivet, and poured some of the amber liquid into the glass for a fifth time.

The man rubbed one hand over his tousled brown hair and cleared his throat. “I’m Hunter, by the way,” he said. Faline’s body reacted to the deep, masculine rumble of his southern drawl. Stupid whisky, making her forget about the tigers’ plight and see only the tall drink of water standing next to her. “Hunter Cartwright. I guess you could say I have a thing for tigers. I wanted to speak with Jonas Hopper and see if I could work here.” He dropped a battered leather backpack to the floor next to his feet. “Kat’s Crest sounds very special. It called to me, way down south, and pulled me up here.” He gazed down at her with steady eyes.

Faline felt awkward and slightly afraid, like a schoolgirl who’s been called before her hot principal for misbehaving. “Faline,” she responded hoarsely. She took a sip of whisky and felt the spicy heat burn a path down her throat. “Faline Hopper. Nice to meet you, Hunter.”

“Faline?” he asked. “As in Bambi’s girlfriend Faline? You’re named after a deer?” He chuckled. “Sorta ironic, considering that you work on a tiger refuge. Do you ever worry that they’ll get confused and hunt you down?”

Faline rolled her eyes. Just once, she thought. Just once it would be so nice if someone knew what my name means. “It doesn’t mean ‘deer’,” she explained. “It’s Latin. It means ‘catlike’. I’m named after my mother, Katherine Faline Hopper. She was Kat, as in Kat’s Crest.” She indicated the grounds of the sanctuary. “But she died when I was just a baby.”

“Ah,” he answered. “How stupid of me.” He caught her hand in his and pressed his lips to it. “Such a true pleasure to meet you.” The soft, slightly damp kiss on her skin made Faline catch her breath. “Well, Faline Hopper,” Hunter asked, green eyes glinting. “I hate to see a lady drink alone.” He licked his lips and gave her a lopsided grin. “Been a while since I had a drink, but I seem to recall that I’ve got a taste for the stuff. Maybe you’d be willing to share that fine whisky… And tell me why it is that these tigers that don’t belong to anybody are getting their eviction notice.”

Faline heard the feral shriek of a tiger and the hairs on her arms prickled. Hunting time. Feeling the whisky have its way with her, she slid her gaze from the top of Hunter’s mussed hair to the tips of his scuffed cowboy boots. There was nothing she could do about Kat’s Crest tonight, and a distraction from her woes in the form of Hunter Cartwright was awfully tantalising.

Once they were both settled with whiskies in hand, Faline felt the words rush from her lips as if she hadn’t spoken to anyone at all since her father’s death. The strong liquor combined with Hunter’s enticing presence melted away every bit of her usual shyness around strangers. She was an open book, and Hunter seemed eager to read her.

“At Kat’s Crest, we cage the humans and let the tigers run free!” she proclaimed boldly. “That was my dad’s philosophy, and it’s how we run things here—me, Mick, Sabrina and Paul.” She shrugged and swirled the whisky in her glass. “Well, we tried, anyway, but our funds got pretty depleted while Dad was sick and I was taking care of him. And now—” She waved a hand towards a felled tree in the side yard. “We had planned to put on a big fundraiser, because we’ve just got to have some real money to keep going, but it seems that Mother Nature had different plans for us.”

“Yeah, tell me about it,” Faline agreed. “At least Dad isn’t here to see it all fall apart. The tigers out there aren’t going to know what hit them, Hunter.