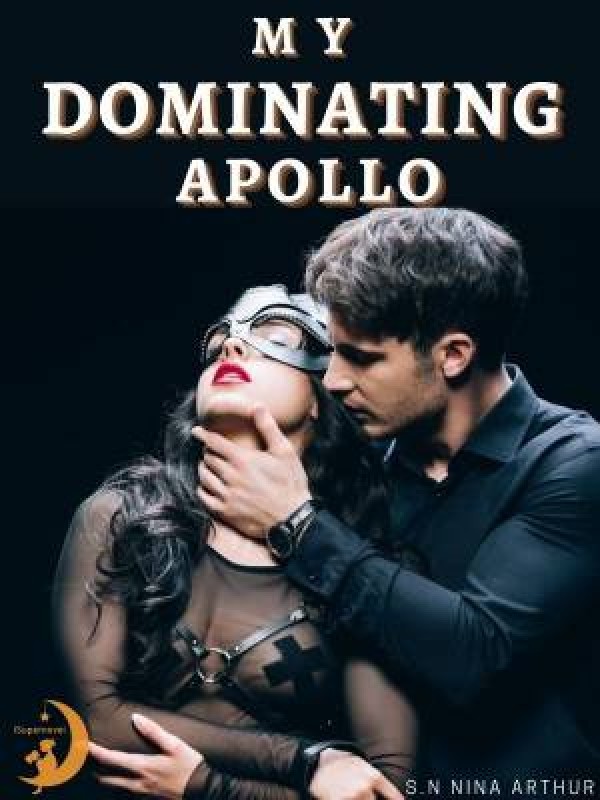 D...Don't...Ah!! I moaned even though I tried hard not to. He has something in him that makes a woman moan his name as he touches them."You know very well that you can't resist the temptation, then why try..." He was pushing it deeper while brushing his lips over my earlobe."Say the word..." He whispered."Daddy.." Clarissa Green is a sweet, beautiful, hot-headed, and stubborn woman who hates it when someone disrespects or speaks low of her. She has faced many obstacles in life, which made her a strong and amazing woman. Apollo Villin, a calm and collective, smart, manipulative, cold, notorious multi-billionaire, is famous for his looks and mysterious personality. Read to find out about their erotic romance in between their love.

"Calm down sweetie," My mom said as she watched me pace back and forth in our living room. I had been pacing for forty minutes right now angry and pissed at the society.

"How will I calm down mom when I was fired for just helping my fellow colleague," I yelled out of frustration.

"Bastard," I muttered, For which I gained a warning glare from my mom.

"He deserves it!" I said like it was obvious.

"You didn't tell me what actually happened," she asked, sitting on the couch, waiting patiently to hear why I was fired by my so-called boss.

"One of my colleagues at the canteen has nothing to eat at home, and he has a family to feed. He never ate anything in the cantine even though he was working there. He many times came to work without having food. I couldn't see him work without having food; he looks pale and very... You know, weak. So, I ordered some food from my account and gave it to him. That bitch Morgan has told this and added some more to the boss Mr.Anderson, he shouted at me saying this is not a Charity place and fired me" Listening to my story, my mom raised her right eyebrow with a questioning look on her face.

"That's it?" She asked and? I understood that she didn't buy my story. I sighed and nervously glanced at her while coming up with the energy to tell her the whole truth, "Um...he insulted me by saying to run a Charity place by doing prostitution, he many times insulted me because I refused his offer to have a...um...physical relationship with him. And in anger I slapped him in front of everyone and...kicked him in the..balls" I was waiting for her to start lecturing me not to do all these things but none came, I looked up to see her smiling proudly at me. This has actually confused me, why is she smiling at me? Why hasn't she lectured me yet?

She stood up and hugged me, "Did you kick him harder?"I smiled at her question and hugged her back while replying a yes with a smile on my face. Later we had dinner together and sat down in front of the T.V watching my mom's favourite program with popcorns in the middle of us.

While I'm watching the program with my mom, My dad came to mind. I immediately glanced at my mom, who was laughing at the comedy scene. My father left us when I was in my senior year, he cheated on my mom with his assistant and later made her pregnant with his child. This has broken my mom's heart and also mine.?

After a few days, my mom accepted their relationship and didn't speak anything about it. My father invited us to his marriage, but I didn't want to go there but my mother insisted. I still remember the tears in my mom's eyes while they were sharing the kiss.

That day I promised I would never let a tear fall from her eyes, I hate my father for breaking her heart. I hate him for breaking our family, and I don't think I would forgive him any soon for what he has done with mom and me. There were days when I heard her crying silently in a corner of our kitchen and in her bedroom. This has made me angrier and increased the hate I have for him. He was happy, living his life with his wife and child.?

But What about us? What about mom? What did she do to suffer all this? She doesn't deserve this. I tried many times to encourage her to have a boyfriend, but she declined. She was single from that day, never tried to have a boyfriend or in any sort of relationship with anyone. I made her as my first priority after that f**king day, she was the only one who I cared for and I will kill anyone who hurts her in any way with my bare hands.

I was a publicist to the dumbest and idiotic man I ever met Mr.Harvard Anderson, of Anderson's Inc., he's a womanizer and I don't know how I worked with him for these many years. My first job from the PR firm that hired me was to publicize the Actress who had a small role at that time in a program called "Angles."?

After I forced her to do interviews and some good magazine photoshoot, Now she was leading actress in the T.v show called "Mothers" which has received three Emmys for best drama, best comedy and by my hard work and dedication to making her famous, she's now a famous actress.

Later I had a few very good models as my clients, who now have a very successful career as Actresses and Victoria's Secret Angels. I was an experienced and skilled publicist. I had a good share of clients who are famous now because of my hard work and patience. My favorite and closest to my heart was Amelia Brown, she was once my client who was kind and generous.?

She was a normal model when she came to me as my client. Now she's a leading Actress on some of the best action movies. Her current publicist might take all the credit of my hard work.?

They were offering way more than I earned before. I heard that the company was very popular, and Mr.Anderson was a billionaire entrepreneur. Who would say no to such a good offer?

I accepted, and mom, I shifted to London from New York. Leaving all our painful memories behind. I worked for Mr.Anderson for four years. In this time I have earned respect and earned unmatched publication skills in the business sector in the media world.?

However, Harvard tried many times to convince me to have sex with him, even tried to seduce me, but miserably failed because I never gave in.?

After seeing what my father did, I hated men and I never had a relationship with any. I put all my concentration on my studies, making my dreams come true. When I first started my career, I was offered a hot, cramped firm that smelled horrible.

I earned a good amount of money; I bought a very good and big apartment, two cars and all other things for ourselves. We lived here without any financial issues. My mother works as a professor at a university near our apartment. She was an experienced and highest paid professor at the university where she works.

Life was good until things went down with Mr.Harvard. He started insulting and shouting, barking at me for small things. I patiently dealt with him, however, I lost it when he said that to me. I don't regret doing it; he can't do anything to me because I was very popular and every single thing I write goes around the city in just a second. It's hard to do anything against me because of it.

My mother's laughter has brought me back to reality. She was laughing out loud. She was happy, and I want to see her like this for the rest of my life. I love her too much.

I woke up this morning hearing my mom's voice yelling that she did breakfast and kept it on the dining table. I felt her kissing my forehead and telling me to wake up.

Right now, I was having my breakfast while checking my email for any important news. There were few emails from Anderson's Inc about sending my salary to my account and all.?

There was an email from my assistant Lydia Miller. I opened it, in the email, Lydia was asking me to come over to my office as fast as I can. She says that there is something important waiting for me in my office.

I had my breakfast and placed my plate in the dishwasher. We have a maid who comes in the morning and does all the work. She's a kind and polite person, in no time she became an important and close person to us. She said she'll be late today because her sister came to visit her and my mom gave her off today.

After cleaning the kitchen and dining table, I dressed up in my red blouse with a black blazer on it and with my black slim straight leg trousers, paired with my three-inch heels. With my Gucci handbag, I walked out of my apartment to the parking lot. I unlocked my Mercedes SUV and drove to my office.

I parked my car in the parking lot and walked inside the building."Good morning, Miss Green" Mia, the receptionist greeted me.

"Good morning, Mia" I greeted back, smiling at her.

The doors of the elevator closed. I waited until I reached the floor. The elevator opened its doors, and I stepped outside. The floor has only two offices; one is mine and one is my assistant's and it has a meeting hall. The floor was quiet, the sound of my heels filling the floor.?

While I'm walking towards my office, I see Lydia walking outside of my office nervously. She saw me and smiled at me with a worried expression on her face. I walked towards her and she greeted me. "Good morning, Lydia,"

"Good morning, What's the matter? Why are you nervous?"

She signalled me towards my office and said: "There is someone waiting for you in your office."

"I think you should see that yourself," she said.

I nodded and walked to my office; I opened my office door and stopped dead in my tracks As I stared at the person sitting on my couch.