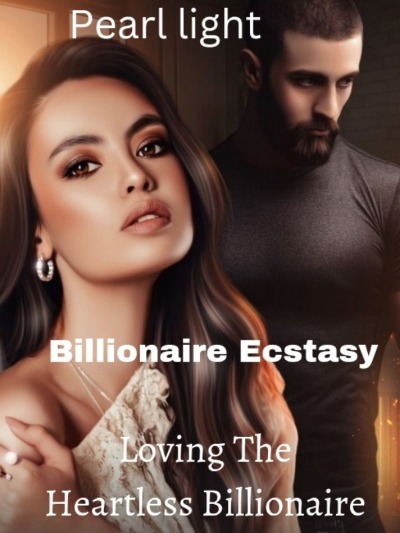 Synopsis "Get on your knees and raise up your two hands!" "Uh..." I stuttered to be sure I wasn't deaf, he wasn't looking at me. He was busy with the laptop in front of him. "It's me, sir." "Are you deaf?" "Who are you?" "Your wife sir." I managed to say but his deadly looks knocked out my knees that I didn't realized until I was down. "Good." He chimed. "Your hands should be higher than your head, Lucie...fer." He stressed on the last words. Despite how Anthony had treated her, she tried to be strong for him and show him that love conquer everything. But when she begins to see hell, will she still stand by him or leaves even when she saw the opportunity to pay up her sister's debt. And even when deadly secret about his family start to unravel, will she be able to cope?

I huddled down on the empty cold cell, fiddling with my trembling fingers. For one week, I had been caged in here without bail, I craves outside, anywhere, anywhere at all that might be colourful and full of life.

When I was arrested, I was bundled with the other cell mate who bully me for the rest of the night. They spat and sent kicks across my chest, making my head to hit on the hard wall. The next day, I was taken to a private cell, this barren room with no one to keep me accompany.

The sound of footsteps rattling drew my attention towards the door of the cell. He gave a come sign and I obliged. When I was few meters away from him, his lips parted open. "Someone is here to see you." My heart thumped at that, my pulse feels quick beneath my flushed skin.

"Who could that have be?" I pondered. Is it my father? Only him could have come to visit me, I know my stepmom would never ever want to.

When the door pushed open, I walked out following closely behind him. When I arrived at the waiting room, my fist clenches against my thighs, I stared at him with hatred in my eyes. It was him, the man who had ordered for me to be arrested, locked behind the bar with no bail unless my sister, Agnes is found. "Could it be that my sister has be found? She should have continue running." My gaze fell on my stepmom, father, his lawyer and the devil himself.

The devil himself is none other than; Anthony Avenetti. I looked at him, meeting his cold as stone gaze, I flinched but was unable to take my gaze off him. For certain he looked dangerous, but he was the most handsome man I had met in my life. His dark curly hair, arched brows, high cheekbones, pointed nose and sharp jaw line. He has the look of Lucifer, judging from his look, he might be 28.

He smirked as he saw me shiver, my body submitting to him against my will. His broad shoulders and muscles stay locked under his tailored suit jacket. As he sits over there, I could barely concentrate, I could barely control the urge to lower my gaze to his belt.

He slightly opened his mouth and I couldn't restrain myself from looking at the rising of his tongue, slowly teasing the inner of his upper lip. He chuckled, rolling his eyes at me, I trembled at that, and have to darted my gaze away from him.

"Hmm..." The man dressed in black suit, who I presumed to be the lawyer clear off his throat. Both my father, stepmom and I looked towards him except him.

"My client here, proposed that; there is another option for you, if you can not find your sister." He paused, silence kidnaping the whole atmosphere and I crossed my eyes staring at him while listening to the man talk.

" You are permitted to be his wife, and the charges against you would be dropped. Take." He stretched forth a document to me, licking the lowest of his bottom lips. He was approximately in his forties. My eyes shot up at his antagonizing face, I was shocked.

"Then you go to jail!" His coerce and hoarse voice sent fears in forms of shivers down my spine. The thought of going to jail alone, was pandemic. It keeps reading murder in my ears.

"When you go to jail, you would still pay my client the stolen money and even compensation fees with not less 28 years in spent in jail, that is if he should agree to that."

"I'll make it thirty-five!" His voice rang through my ears, sending stab across my heart. If I should spend thirty-five years in jail in addition to my current age, then I will be fifty nine, menopause! Already out of stock, depreciation! No one will want to marry a criminal at 59 who just got out of jail, that means I'll be barren for life.

"And this?" I was referring to the paper in my hands.

"You can either sign it or go to jail!" He was smiling mischievously, emphasizing on his impeccable jawline.

"You are just too wicked, go to hell!" I yelled, ignorant of when the words had gotten out of my mouth.

His back straightened up, traces of smiles abruptly disappeared from his face. "Look there, it just a bruise at the corner of your mouth, sure you want to have your head bandaged tonight or how about becoming a full member in there?"

My brow arched on their own, threatening tears pushing to stream down my cheeks at any slight of my lid blinking. I resisted the urge to talk back at him, he wasn't a man I could keep arguing with. Oh Lord! Why? Why did I have to help my stepsister?

Why did I have to stand as a guarantor for her?

I was at my place of work as a cleaner in one of the bar when the sudden rings from my phone had forced my wrapped hands off the mop stick. I cleaned the moisture of water off my hands by rubbing them against my thighs.

"Hello," I drawled but was surprised at her words.

"Hi Lucie,"She chained. First time ever, she has ever agree to call me by that name. I've always be refer to as Lucifer. The next voice I heard was my father's.

"Hi, Lucian... Can you please come over? It urgent." My heart raced ten times it normal beat. I didn't realized until I was at the front of our cottage home.

I paused, panting heavily before I pushed the door opened. Agnes was laughing with her teeth widely displayed. She's my stepsister, actually. She, along with my stepmom both freezed as they rolled their eyes at me, scanning me from toes to head.

"Dad," I mentioned, walking over to his side.

"We need your help." He said in a pleading tone. His words and their looks keeping me in suspense.

I rolled my eyes at him, wondering. "What's that?" "You could have just told me over the phone that you need my help not inviting my over." I vented my frustrations and disappointment out on him.

"It actually your sister, you have to help her."

"Help her do what?" I arched my brow, alongside my twitched lip.

"You know, your father lost his job over the years, and we are feeding from hand to mouth. Do your sister was able to secure loan in her company, buy they will need a gurantor who will stand on her behalf, we would have sign but they don't want people that are above forty years signature or as a gurantor. They needed people from thirty to 22."

"What about her friends?" I asked in disdain.

"That is risky, the world is not safe out there. This is about money, we can't discuss them with strangers."

Just as she was talking, my phone ring and I saw to it that it was my boss at work. In a jiffy, I stood up directing my gaze to the doors. "I'll sign when I'm back from work."

"What? The deadline is by 7 and this is few minutes to seven," Agnes ranted.

"Oh gosh," I cursed out, the bar opened officially by 7pm and I'm supposed to have clean up the place latest by 6: 40pm

"Okay, bring the paper but can't you just form any signature?"

"It's wrong and if discovered, they will forfeit us from getting the loan."She stretched the form to me and I signed ignorantly. Gullible me!

I dashed out of the door running down the street to my workplace. It was already past seven, when I get in, I met my boss. I slowly walked over to his side, I was trying to explain due to look he was sparing me but a deadly slap landed against my cheeks and a letter was handed over to me.

"Get out!" His voice jerked me up from the shock of the slap which k just received.

"Take her out of here!" He ordered to the bouncer whose appearance were scary and intimidating.

"What have I done?" I stuttered to ask but his gaze?