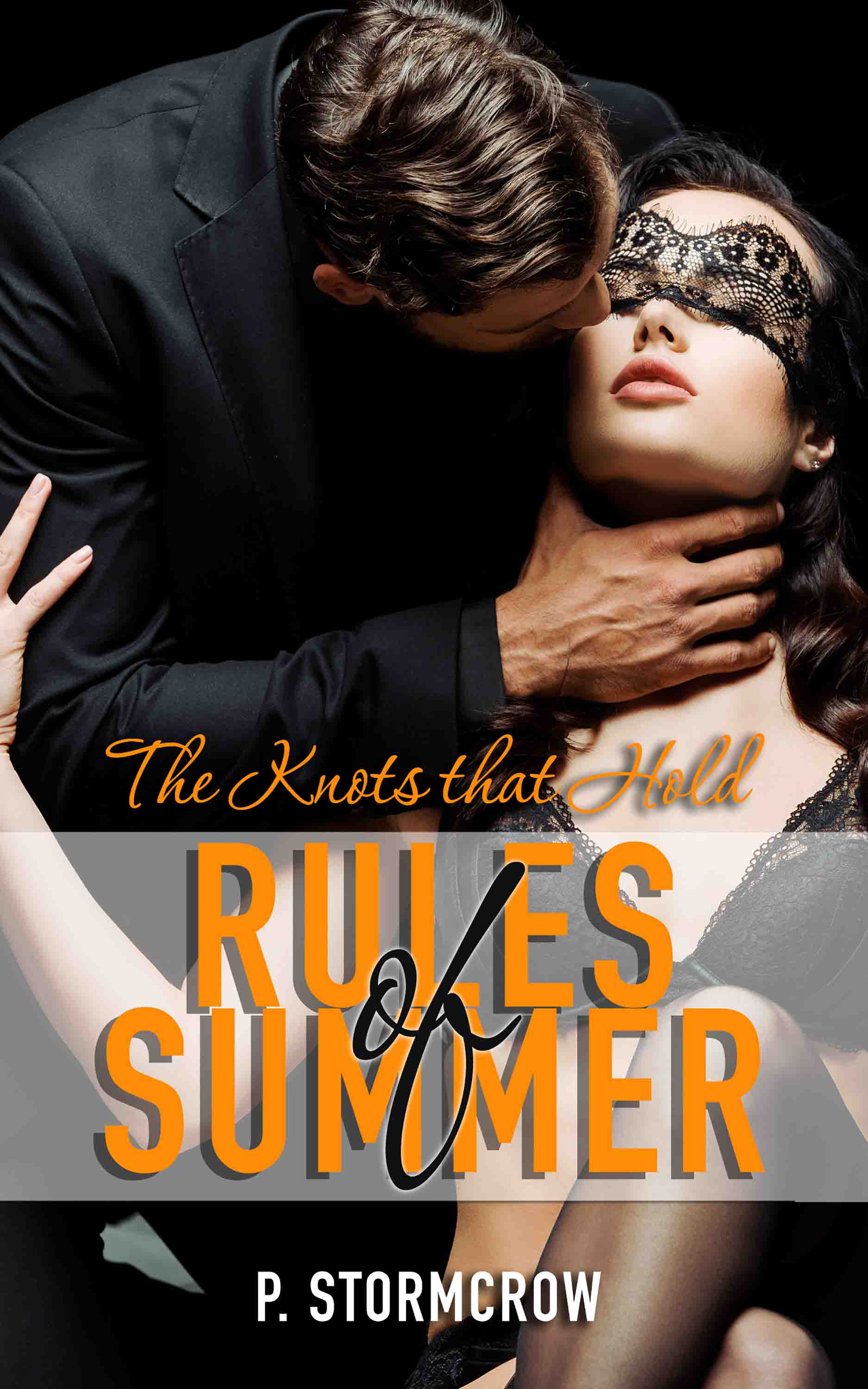 The Knots that Hold

He’s a Dom, famous for his skills with rope. She’s a journalist, pretending to be a Domme. What could possibly go wrong? Elijah Lee, world-renowned shibari master, devotes his life to his art, bringing out the beauty of the human body using his skills with ropes and knots. And although he has played with and tied up many, in and outside of the bedroom, no submissive has ever bound his heart in return. That is, until he attends a summer fetish convention and runs into the mysterious Saskia Mason, who introduces herself as a Domme. Sarah Wicker would do anything to get her first feature story in the women’s magazine she works for. That’s the only reason she said yes to her boss when he asked her to write a piece covering the BDSM lifestyle. Assuming a carefully crafted but totally made-up persona, she dives into the world of whips and chains, but the last thing she expects is a hookup with anyone, much less a famous and demanding Dom. Only, he knows her as Saskia, the sassy Domme she’s pretending to be. Now they each must figure out if they can overcome each other’s baggage and deceit to forge a bond that will last beyond the heat of the beachside convention. Because the only knots worth tying are the ones that are strong enough to hold.

There was beauty in the human body. His job was to frame each one in the best light possible, in work and in play. And right now, play comprised a curvy, nubile woman restrained in a basic hogtie position, lying stomach down against the black silk sheets of his bed.

Elijah had left her head untied. Instead, he wound her long ponytail in his hand to use as leverage to pull her head back. It gave him the control he craved.

“Please fuck me.” She whined and squirmed beneath him, her hips thrusting with the limited range his ropes allowed. Her pussy glistened with inviting wetness, but he held back.

He had been playing with her for well over an hour, easing off every time her body came close to a climax. Even as she begged him, he brushed the tip of a small silver bullet against her exposed clit, letting the vibration build her up more.

“Brats don’t get cocks.” His voice sounded harsh, even to his own ears, but she deserved it after coming without asking for permission.

The desperate wail that spilled from her lips in response pierced the air. As he pulled her head back farther, he glimpsed streaks of tears across her face and smirked.

He pressed the toy tighter against that sensitive bundle of nerves and delighted in the way her body tensed once more. She was so close now that almost any perceptible increase in pressure would set her off. Harder. He wanted to see how far he could take her.

Her body trembled with effort and her cries subsided into whimpers. From their image in the mirror in front of them, he could tell she was biting the inside of her cheek. Elijah leaned down, careful not to put too much of his weight against her and crush her chest. Their gazes met through their reflection and he whispered in her ear.

“Anything?” Elijah kept his body over hers, his cock throbbing in his pants.

“Anything. I’ll do anything. Please, let me come.”

Interesting how her pleas have gone from wanting me to fuck her to just anything to get a climax. Elijah tasted bitter disappointment in the back of his throat, but he didn’t let any of it show. Instead, he released his hold on her hair and straightened to put the toy aside. Aware of the intensity with which she watched him through the mirror, he made a show of pushing his rolled-up sleeves up his arms once more and retrieved a single red candle, already lit, from the bedside table. “Not yet. You haven’t earned it, girl.”

“No! Please, Master, no.” Deliah squirmed more beneath him with renewed vigor. Of course, if she really needed him to stop, all she had to do was speak her safeword. This protest, however, only urged him on.

“There is a fine line between pleasure”—Elijah brought the candle over with care, letting her inspect the flickering flame in the reflection. With agonizing slowness, he turned it sideways—”and pain.” A single drop of hot red wax fell onto her right rear cheek.

Deliah screamed, her fingers extending outward before curling back into fists. Elijah reached down to brush her hair back with gentleness that contradicted the pain he had just inflicted. “Then again, you already knew that. Didn’t you?”

When the girl gave no answer, he fisted her hair again and pulled her head back to hiss in her ear. “Didn’t you? Answer me, Deliah.”

“Yes, Master.” The girl panted, her eyes growing unfocused. A little more. He would only push her so far. Without warning, he brought the candle over to the other side and dripped another dollop of hot wax on her lily-white skin.

She was so close. He knew it and set the candle aside. As the wax cooled, he pressed his hand against her slit, her heat pulsing against his palm.

He slid his middle finger along to part her folds, drawing out more of that nectar then dragging it upward until he reached her clit. “Good girl. Come.”

With that, he pressed against the hardened nub and began to rub in rapid circles. It took no more than five seconds before her orgasm ripped through her body as her muscles strained and spasmed in protest against the bindings. It was the most delicious sight, and a thrill ran through Elijah at the wonderful response.

More. He wanted to see more and tugged at her clit this way and that, unrelenting in his pursuit to push her harder. The orgasm continued, Deliah’s body writhing within its confines until, at last, Elijah relented and eased off.

Deliah’s eyes remained closed as she began to relax. Elijah relinquished his hold on her hair and let her head down to rest in a slow, controlled descent. He arranged for her to face to the side, stroking her blonde locks as he allowed her to calm herself.

“There we go. That’s a good girl now,” he murmured in reassurance then shifted to untie her, taking care to rub circulation back into her limbs.

By the time he’d finished untying her and had rearranged her so that she lay comfortably in the bed, she was half asleep. And when he returned with cool, damp cloths to clean her, she was all-the-way there.

At least it spared him from having to cuddle her. Elijah cuddled, since it was important for aftercare, but it was not his cup of tea. It was all too innocent and, at the same time, intimate, for his taste. Deliah, like others, was one of his well-respected play partners but most definitely not his girlfriend. He’d never had one of those and he mused over the fact as he puttered and cleaned while she snored away in his bed.

His phone rang, tinkling with a music-box version of a Cantopop song he liked. Elijah retrieved the device and picked up.

“Eli, my dear… I’m not interrupting anything, am I?” The voice on the other end belonged to Erica, one of his closest friends and also one of the owners of The Playgrounds, a fetish club on the other side of the country.