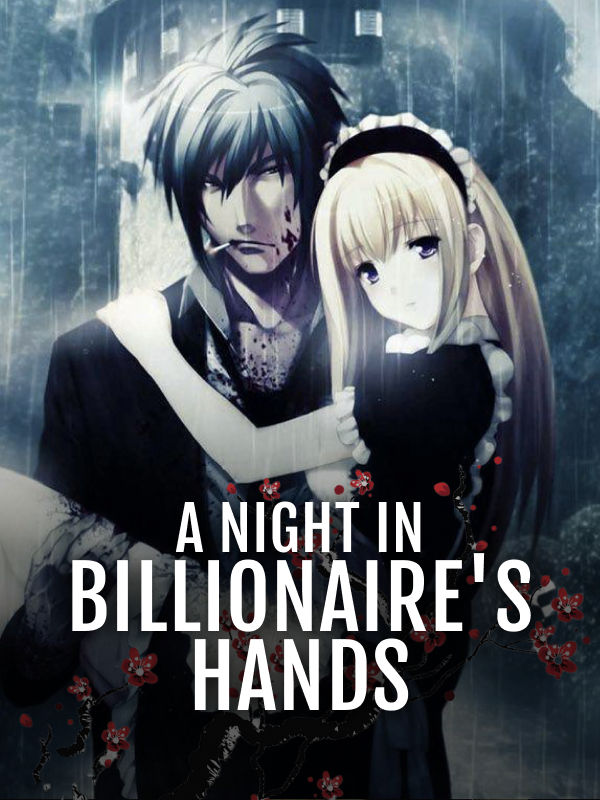 A night in Billionaire's hands

That was the first thing Mitchelle Grasse felt as she alighted from the sleek black limo she'd hired to drop her off at the club. Stunned. Breathless. Confused. Those were the next emotions that coursed through her body as she stood in front of the club, staring at the large flashing neon letters on top of the low-rise building – The Ecstatic. Alone, she looked like the typical fish out of the water, like she was desperately in search of a lifeline to cling to. But to everyone else – everyone who wasn't too busy queuing up or handing the key to sleek cars out to primly dressed valets – she was a sight to behold.

Clad in a black mini dress with a sequined design placed transversely on the torso and a long ponytail falling down to the middle of her back, Mitchelle was easily one of the most badass looking people waiting out at the front of the club. The dress stopped just an inch below her upper thighs while she used black net stockings to obscure her legs all the way to the silver stilettos she had on. The neckline compensated for the height of the dress by utilizing a minimal plunge. Regardless, one of the major highlights of her torso was her ample chest and the glittery silver choker that sat perfectly on her neck.

When Mitchelle had googled for clubs in New York City, she'd steered clear of all the clubs that looked high profile. The Ecstatic had looked like it lacked all the profile she wanted to cut back on. It was a low-rise building at the end of a street filled with shops and a huge antique store.

How many people could they be getting? She’d thought when she finally made her choice.

She'd settled for less and was glad until she stood right in front of the building. Her heart banged like a feral animal in a cage. Up until that very moment, she'd been unsure. Now, she wasn't just unsure. She was beside herself with anxiety.

Mitchelle let out a shaky breath.

“Gosh,” she said under her breath, “how did I get into this mess?”

Rewind the clock by a week, and Mitchelle was a furious secretary in a decoration and event planning firm. She couldn't be openly furious. Oh, Mitchelle was too sweet for that. She'd fester inside like an open wound until it hurt so much that her eyes teared up. She'd been in the same spot since her last promotion three years ago. After her entry into Rip 'N Fitch Décor & Event Planners as one of their field hands in the Chicago branch, she'd quickly raised a few brows by being one of few employees to receive a hasty promotion. Clearly, Mitchelle had a passion for working and knew how to direct that passion well. In her eyes, all she needed was five years, and she'd be working with the crème-de-la-crème way up in the company's hierarchy. Everyone thought so too. But she was to get stuck in the same position for four more years despite all her hard work and sacrifices.

By the third year of her stay, Mitchelle's routine was back-of-your-hand easy. Almost all her colleagues could say it off the top of their heads. Sometimes, it was a recital. Mitchelle Grasse only had two lives. Work and sleep. If she wasn't working hard, she was returning home from work to rest, eat, and come back to work again. It was one simple circle for her. The manager had once joked that Mitchelle's employee-of-the-month frames were beginning to fill up his office, so he had just had one frame redesigned each time she took the award.

Mitchelle missed being the center of jokes by a couple of things. Anyone could tell the moment they walked into the room that Mitchelle was smart. She had this spark in her eyes that people couldn't help notice. She wasn't a nerd and definitely didn't dress like one, though her dressing was pretty simple. She lacked all of the social vigor that her colleagues held up like trophies.

“Just get out a little, Mitchelle,” they would say.

“The world out there is bigger than Rip ‘N Fitch.”

“You’re not getting any younger, Mitch. Try and do something really crazy for once.”

"It's now or never, Mitchelle. You don't want to look back and regret it, trust me."

So, she decided to do something about it. She didn’t have a fairy godmother for sure, but she had her trusty little diary. And it was as good a pinky swear buddy as she was willing to get. She quickly wrote up a to-do list for her twenty-fifth birthday. But there was a caveat. The to-do list would only kick off if she got promoted.

And she did get promoted.

It was like an evil surprise, a specter in a horror flick jumping out of the dark at unsuspecting victims. The promotion had left her up there in the sky, sailing the winds with excitement, until she saw it. She wasn’t just taken a level up. She was promoted to head the New York branch of the company. Clearly, its manager just retired, and they needed someone twice as dedicated to lead the company. Mitchelle felt like a confluence of two rivers at that point. On one side, she was riddled with excitement that the company had finally recognized her commitment, talent, and passion. On the other hand, New York! She’d never been to New York. How was she going to fulfill her to-do list? She’d been perfectly at peace walking into any club in Chicago and descending into wild madness. But ticking the boxes on her devil-may-care list wasn’t going to be easy in a place where she was still finding her footing.

But she’d made a promise. All the conditions for fulfilling them had just occurred. And deep inside, she wanted to give in to the mad urge. She ached to know what it felt like to live on the line.